The Other Side of the Mountain

A false wisdom says the grass is never greener anywhere else.

Like most cynicisms, though, this one has some truth in it. The gods do not give out a full hand of trumps even to the best card-sharpers and there is no Eden without a diabolic worm wriggling at the core.

But between paradise and hell there are many steps. Since our choice is made in the mutable terrain between, we can be forgiven if we hold out for a country closer to the first than to the second.

So, to those of you who wrote — anxious, fearful, peevish, demanding, despairing, impetuous, brave — and asked, “Should I go?” here is my answer:

But — Dream with your eyes wide open.

On the other hand, your second question: “Where should I go?” deserves nothing but gentle scorn.

You call yourself a libertarian and expect prescriptions from the first person who echoes your own thoughts? You want it with guarantees…. and at no cost too!

Here’s the truth. Strangers who tell you that here or there is the best place for you are steering you where they want you to go. Or talking nonsense. Or, are as nave as you are. None of that makes for good advice.

If you’re thinking seriously about moving abroad, the first thing you need to do is to study the matter for yourself. 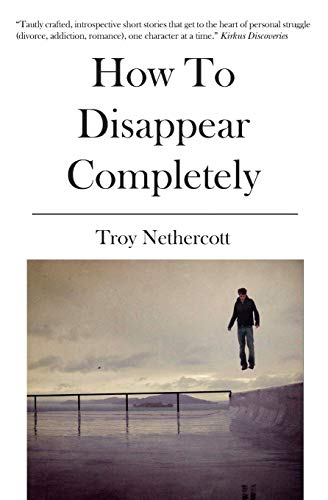 Did you ask the local columnist how to get through AP calculus or did you open a text-book and plow through it? If you were willing to put hundreds of hours into getting three credits in a subject I’ll bet none of you has touched since then, what makes you think the five minutes it took to write me an email is all you need to transplant your children, uproot your career, and risk your life savings? Does that make sense?

But there are some guidelines that can help you with your preparation. Here they are. I’ve grouped them under three headings, with the first group getting the most weight.

Your first concern should be with money.

How much of it you have, how much you need, and how you’re going to make it.

Some countries are better for starting a business than others. Singapore, for example, makes it very easy to start one. There’s less red tape. Taxes are lower. If you’re an entrepreneur or in the financial industry, you might decide to drop New York for Singapore.

On the other hand, if you’re trying to live on a small fixed income, why would you go to Singapore, which is on the expensive side? You would move to a country with fewer job prospects but a cheaper lifestyle. You might look at Latin America or parts of Eastern Europe.

Maybe you don’t want to relocate at all, but are just looking for a cheaper place for a family holiday. You’ll find that your money goes a longer way on an unexplored coast in Mexico than in Bermuda.

See how you do it?

Those are informed choices, shaped by where you are now and what you need. They’re not stabs in the dark.

If you don’t tackle your move systematically like that, you’ll end up like one reader who chided me for giving out bad advice. I was nave and ignorant, he said. Didn’t I know that the US creates more jobs than anywhere else and has better benefits for workers? He described how some friends of his had run back to the States, horrified by the difficulties of working abroad.

But then he told me where they’d gone. Bolivia.

Poor souls. I can only imagine. You can safely bet that anyone who flees to Bolivia for its employment prospects is not ready to relocate any farther than downtown. If that.

I mean this kindly and with no disdain.

First of all, you need to have the skills your host country wants or you will have to plan on setting up a business. That means learning the language and culture and studying the market. That can take from two to ten years. I bet Little Miss Muffet and her pal who went to Bolivia didn’t do that, did they?

But there’s no shame in failing. Just do more spade work and next time round, you’ll have better luck.

On the other hand, if all you’re looking for is more government benefits, then look no more. I know just the place for you. It’s a foreign haven chock-full of loop-holes for the lazy — Washington, DC.

And here I can give you a rock-solid guarantee — set up office in a single-wide in some rural area nearby, maybe Pennsylvania. Incorporate in Delaware. Then lobby for a bail-out for the folks. Which folks shouldn’t matter. Just rattle the bowl loud enough. I can guarantee you a 1000% return on your time and effort.

But outside DC, in the real world of real effort, there aren’t any guarantees. There’s risk. That’s just the way it is.

And that’s what your “money” research should try to figure out. It should center around things like jobs, exchange-rates, infrastructure, markets, political stability, legal protections, property rights, taxes (don’t just look at income taxes, analyze the whole tax structure), and banking security.

Next comes “people” research, which is harder to do from a desk. You really have to visit to find out if you’re going to like living somewhere for a long time.

You can research crime statistics all day long. But unless you live in a place, you can’t really sense how bad things are. Or if they’re not as bad. Petty crime doesn’t sound too dreadful. But come home three times a month to slashed car tires and broken windows and you might change your mind. Drug wars, gangs, and terrorism sound awful. But you might never come across any of them in some parts of the country.

If you’re a young man going alone, you might be interested in how lively the nightlife is. You might not worry much about health care or safety. A single retired woman might think about nothing else.

If you’re a European in the Philippines, you might be unhappy without an expat community in which you don’t stand out. On the other hand, an Asian might not feel as out of place. If you have ultra-traditional religious views, a racy coastal city might not work for you. A farming community in the mountains might. If you grew up in the bright lights, avoid backwaters — your social circle will probably need to run to more than cows and poultry.

So think through some of these things:

Now, for some physical factors about your country:

These are mostly less important issues, because you can find urban and rural areas everywhere, as well as the kind of climate you want, even if you have to look for it in the mountains.

But there are some things you should worry about. If you plan to live only part-time somewhere, think about how much and how often it rains. Unattended property can be ruined quickly by heavy rains. If you’re looking for farms, volcanic soil is good for crops…just remember it comes attached to a volcano. If you call an inch of snow-flakes a storm, skip Canada as a destination. The sunny sands of the tropics may glitter in ads, but if you plan on doing more than stewing on a beach, the heat can be devastating. Asthmatics should think twice about building a new lifestyle around hiking in the Andes.

Keep an eye out for hurricane zones and earthquake faults.

The other geographical factors are less pressing. Flight costs depend not only on how far something is but how often people go there. Shop around and plan your trip and you shouldn’t have to pay much more than $1200—1300 dollars round-trip to fly anywhere, even to the ends of the earth. You’ll probably save the cost in reduced living expenses within a month.

A trip abroad can actually be done for under a hundred dollars, if you can be flexible. I’m talking about the Caribbean and some Central American countries. The bottom line is don’t make the cost of traveling to and from your destination your main worry, unless all you want is a holiday.

Then there’s the look and feel of a country. This is what most people go by when they pick where they’re going. They fall in love with snowy peaks and sweeping rivers, take a fancy to a fiesta in a colorful postcard, and rush to book a ticket. That’s not necessarily bad. Your emotions and imagination need to be stirred to survive the tedium of moving.

But picking where to relocate with only your eyes is as bad as ordering food only with it. Or marrying only with it.

An artistic lunch of two peas and a sliver of trout is tres chic in a glossy magazine. But you’ll be ravenous before you get up from the table. That twenty-five year old beauty you loved to spoil hardens into a forty-something harpy with the soft charm of an F-22 Raptor and the loyalty of a Colombian hit man. It’s no use at that point to wish you’d married nice little Emily next door.

Change is the one constant in life. Plan for it.

So look all you want. Window-shop till you see windows in your sleep. Let your eyes have their fill.

But after that, just make sure you consult the organ above them.

The Best of Lila Rajiva

Leave Iran Alone! Back in the USSA