Is Your Brain Wired To Survive a Disaster? The Secrets and Science That Could Save Your Life 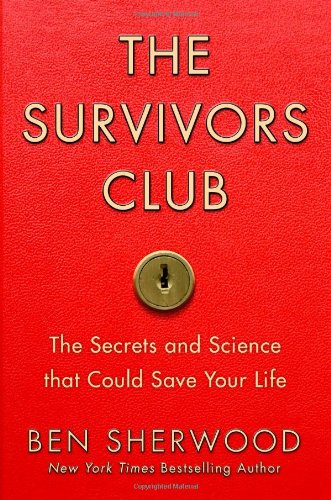 As I stood waiting to check in my luggage, an earsplitting blast exploded behind me; a huge pall of smoke billowed upwards and outwards, turning the air black. Shrapnel, hot and sharp, pebble-dashed everyone.

There was a second or two of stunned stillness, then a man shouted ‘Get down!’ and I crouched behind the check-in desk.

Many people were rooted to the spot and others lost control – one woman ran round and round in circles screaming, each loop taking her no nearer to an exit and no closer to safety. Others stampeded through the glass windows lining the departure lounge, cutting their legs, arms and faces.

So, what was it that made us react so differently to that bomb in a Spanish airport? As a new book on the science of survival reveals, how we respond to an emergency depends on how our brains are wired.

In the immediate aftermath, everyone is initially dumbfounded and inert. People then immediately divide into three groups, says Ben Sherwood, author of The Survivors’ Club.

This has been called the 10-80-10 theory of survival: in a disaster, 10 per cent of people pull themselves together quickly; the majority, 80 per cent, remain stunned and bewildered, while 10 per cent simply freak out. What I saw at the airport was a classic scenario. 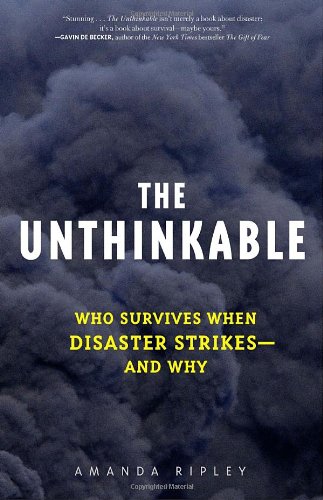 It’s the 10 per cent who pull themselves together who tend to survive. What differentiates the three groups is the way a specific part of their brain, the pre-frontal cortex, works in an emergency – the good news is that we can all learn to think like survivors.

But the mindset of the other two groups can endanger everyone. In the case of the U.S. Air Boeing 737 that burst into flames as it collided with another plane on the runway in 1991, survivors described how two men hindered the evacuation by fighting (two ‘freakers out’).

A woman next to one emergency exit froze and was unable to leave her seat, let alone release the hatch (one of the ‘stunned and bewildered’ 80 per cent).

During the King’s Cross fire, which killed 31 people in 1987, despite what they were seeing – the crush of people, some in flames – several commuters refused to be swayed from their routine and walked into the disaster.

When a British Airtours plane caught fire at Manchester airport in 1985, killing 55 people, some passengers tried to retrieve luggage.

In disaster after disaster, people behave in ways that not only do not assist their survival, but actually hasten their deaths.

Sherwood’s aim is to explain why this happens. Why, when I was hiding, alert to the possibility of further danger, was the woman in the Spanish airport running in circles?

Sherwood spoke to scientists, doctors and geneticists, as well as the world-renowned survival psychologist Dr John Leach (a veteran of the King’s Cross disaster), to find out – and discovered it’s all down to the prefrontal cortex.