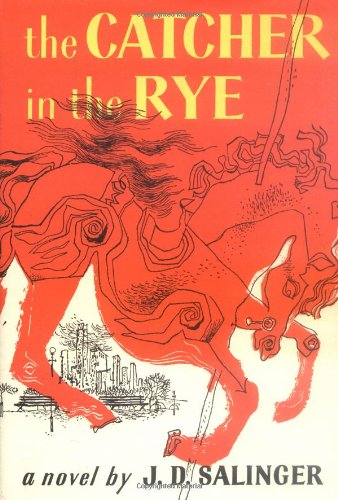 JD Salinger has consulted his lawyers over an unauthorised "sequel" to his classic novel The Catcher in the Rye. But 58 years after the story about a disaffected teenager was published, why is it still so powerful to so many people?

Holden Caulfield does not like a lot of what he encounters. Much is dopey, corny, lousy, crumby, vomity but most of all, phoney. Holden is surrounded by phoneys, almost wherever he goes. It’s almost enough to make him puke.

Holden is 16. Expelled from his prep school for flunking too many subjects, he travels to New York, his home town. He drinks, smokes, sees a prostitute, is punched by her pimp, goes on a date, has a strange encounter with a former teacher, spends a fair amount of time in the park, and really does not a great deal else.

Mostly he ruminates on the people he meets, people he met in the past and his dead brother. Plot is in short supply. The Catcher in the Rye is a novel where not very much happens.

And yet this story of a couple of days in the life of a teenager has sold tens of millions of copies since its release. There are not many other novels from the 1950s that can be found persistently hovering around the top 100 bestseller lists.

Fans of the novel regard it as the defining work on what it is like to be a teenager. Holden is at various times disaffected, disgruntled, alienated, isolated, directionless, and sarcastic.

The book’s publication in 1951 came at the dawn of the age of the teenager. A new social category, newly economically empowered and hungry for culture, was fed by music, films and novels. William Golding’s Lord of the Flies also came propitiously, in 1954.

"It absolutely speaks to that moment the teenager emerges as a recognisable social group," says Dr Sarah Graham, author of Salinger’s The Catcher in the Rye and a Routledge guide on the same subject.

"Before that people went through their teenage years with no sense it was a particular kind of identity. It is the first novel of the modern teenage years."

The fact that teenagers were all in high school for the first time, instead of working and providing for their family from an early age, gave them time to think. And to mope.

"Leisure gave teenagers time to reflect on where they were going," says Dr Graham, of Leicester University. "The idea of existential angst in some way draws from Catcher in the Rye as much as the novel reflects it. There is a strong dialogue between the book and the teenage experience – they are mutually shaping."

Enough Is Enough The State Sovereignty Movement Is Boiling Over Conspiracy, the Census, and the Case for Secession