The Will to Power

Thus, a good man, though a slave, is free; but a wicked man, though a king, is a slave. For he serves, not one man alone, but, what is worse, as many masters as he has vices. ~ St. Augustine

Base, soulless and ultimately devoid of any moral code not rooted in expediency, American politics has devolved into a perpetual celebration of the medieval Feast of Fools, where a grotesque and deleterious pantomime has been grafted over those activities found in sound societies. In an attempt to make good my oath to live not by lies, I have, for the most part, been able to swear off all things politic, but a story caught my eye and — alas — I am temporarily off the wagon. What was the headline that has driven me to cry out on the keyboard?

So multilayer is the societal rot in those four words, so emblematic are they of where we find ourselves. In honor of the quickly fading generation of Roman Catholic nuns who taught some of us to diagram sentences, let’s savor every sour word.

Sotomayor: The subject of the sentence, Sonia Sotomayor, is a nominee to be a justice of the Supreme Court. You might assume that someone talented enough to be considered as a top jurist would cut an interesting figure of a person, but then again you would be laboring under the misapprehension that the most talented people are the ones who rise to the top in the cesspool of American politics. It isn’t just cream that rises. 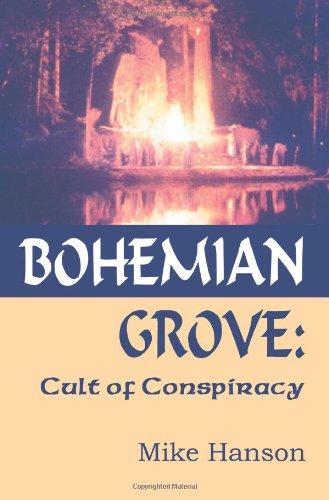 What little I have seen of Sotomayor bores me. Is she qualified? In a certain sense she is ultimately qualified to be on the Supreme Court. She has the proper pedigree. For the politically correct, social engineering, lefty scrabble-letter-value types, she is a double minority: Latina and female. For the less superficial, she has a law degree from Yale, i.e., she is an establishment type through and through. To be fair, maybe the Yale J.D. by itself does not make one a minion of darkness (but then again, maybe it does). But Sotomayor has displayed that oh-so-unbecoming-and-slightly-creepy Yalie habit of wanting to belong to quasi-elitist cliques, which brings us to our direct object.

Belizean Grove: Belizean Grove? A Johnny-come-lately, Spice Girl-power alternative to the shadowy über-elite boys’ club, Bohemian Grove? As the brilliant Florence King once noted about Southern culture: sin is more tolerated than faux pas. Perhaps it is that sensibility that is coming out in me when I blush at the thought of the, er, Belizean Grove. What phenomenally bad taste. While I have no love for the real Bohos, whether true or not, their gathering is cloaked in a Faustian mystique which gives it some type of cache. Is Bohemian Grove a secret gay orgy or some type of summer camp for satanists? Who knows? But to sign up for some Brummagem, ladies’ auxiliary version of Bohemian Grove is not only embarrassing, but it shows an uncomely lusting and groping for poweru2014elite power, secret power. By signing up for the New Coke of secret societies, Sonia gave a glimpse of what is in her soul. She and her BeHo(?) sisters by creating their club all but admitted they are not "illuminati" but have shown themselves to be something worse — would-be, self-appointed illuminati. This mind-set brings us to our verb.

Quits: When her membership in Belizean Grove came to light, Sonia Sotomayor quit and all the poor dopes in TV-land are supposed to think that everything is groovy cool. I’m afraid not. I’m sure Sotomayor and the BeHos would tell us that if they had just been born AC rather than DC then they would be allowed to dance around a giant owl in the real grove and none of this would really matter. This proves to them that women are still oppressed and a double standard is still operational in the 21st century. Not quite. This proves that the lust for power knows no sex discrimination. The Bohemian Grove is repulsive in that it represents a collection of men who have been born to power or who have grasped power and whose desire is to associate with others for the sole purpose of maintaining, if not expanding, the power that they have. Such behavior is at its root immoral and none of those men are fit to have any power over the lives of ordinary people. For a poor Puerto Rican girl to want to emulate the very worst in these "elites" is not only a sad sight, but a very dangerous one.

The Best of C.T. Rossi

Now They Want To Prohibit Tobacco Bankruptcies Are Good News