"And this I must fight against: any idea, religion or government which limits or destroys the individual. This is what I am and what I am about. I can understand why a system built on a pattern must try to destroy the free mind, for this is the one thing which can by inspection destroy such a system."

I was glad I wasn’t eating anything other than ice cream when I heard the news report proclaiming atheism was on the rise in America. It produced one of those moments when mind and body fall into discord. You know, when the mind says, "WHAT!" while the body tries desperately not to inhale what should properly be swallowed.

As my mind tried frantically, between coughs and gasping for air, to come to terms with the words being used in the report it became clear that the news anchor was serious. He actually was stating what he believed was a reality!

Wow, you talk about being disengaged from the dialectic, but then why, after all, should we look to find truth through a logical set of arguments? Anymore, few in the news use the English language in a manner that properly expresses what the words mean; rather it’s all about the unstated agenda.

What the reporter was trying to say, was that the report states there has been a decrease in American’s acceptance of traditional Christian monotheism. Whether that is the truth or not can be debated but to say that the American public is trending toward a philosophy of "no god" is ludicrous.

Without going into a long discourse on the derivation or etymology of the word "god" let’s, for the moment, agree that the word is a title as opposed to a proper name. As such "god" has been used throughout history as title for the sun, moon, planets, sky, earth, deified ancestors, judges, magistrates, tyrants, emperors — Domitian, 81—96 AD, was renowned for wearing a crown of gold on which was inscribed "Dominus et Deus" (Lord and God) — and a supreme being who in monotheistic religions is conceived as the perfect, omnipotent, omniscient, ruler of the universe.

It is through the concept of "a god" that man confers sovereignty to something or someone other than himself, which in turn grounds his belief in an awe-inspiring entity that is endowed with the power of physical and/or spiritual life or death over the adherents. Conversely, the more sovereignty conferred the greater the god and the godly powers. This belief in the supremacy of an ultimate authority to rule is what we commonly call religion. 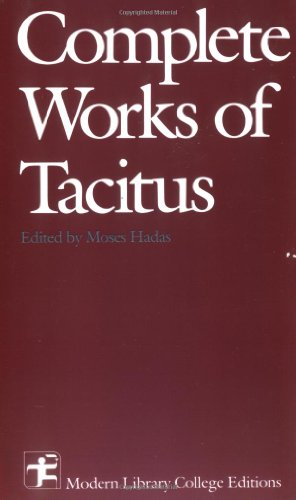 It is true to say that many religions have a moral view which is in opposition to violence but it is equally false to claim they have been true to their principles. The simple fact is all religions have used the state to advance their goals by the force of arms.

Aristotle understood the concept when he said: "A tyrant must put on the appearance of uncommon devotion to religion. Subjects are less apprehensive of illegal treatment from a ruler whom they consider god-fearing and pious. On the other hand, they do less easily move against him, believing that he has the gods on his side."

The extremes of both the Humanist atheists and religious sectarians have a problem. The humanist sees theistic religion as being a danger to society’s greatest ambitions and freedom. In turn the sectarian theists see the humanists as a threat to the moral values of the society. Both camps try to martial the state to further the "cause" thereby making the state the sole judge and arbitrator; which has the consequence of placing the state in the position of the ruling god.

In asking the nation-state to "back" their causes both camps obliterate the veracity of their cases. The Humanist Atheists prove they are not really concerned with freedom or the welfare of humanity. Nor are they atheist but in actuality theists who must use a power higher than themselves and their arguments, and that power resides in their god-state.

Through state agencies, the sectarian theists relegate their god to the realm of myth; proving the impotence of their god and their canon by transferring His supremacy to the state. State supported Christianity has, in the words of Karl Marx, "a vested interest in unjust structures that create victims, to whom you then can pour out your hearts in charity.”

On one point both extremes agree. Only the true god in the form of the nation-state or its agent may take life and require others to shed blood or sacrifice their life. Whoever accepts these terms is allowed to continue to exist, to preach their precepts, and call their cult whatever they wish. However, only the nation-state as the sole deity of man may kill its own; everything else is heresy (falling under the heading of "crime") — simply put, no competition will be allowed.

Each camp asserting to be moral giants are in reality ethical infants, who while claiming to be standing on principles of freedom are perfectly happy to reduce society to slavery.

The end result is a history of extremes. One extreme uses the central government to promote "political correctness" while the other promotes "religious intolerance" in the form of Pharisaism. One gleefully accepts mountains of dead, destruction of ancient civilizations, and wholesale murder under the guise of "protecting" freedom and themselves from barbarians; while the other bilk the innocent of life in the name of individual reproductive "freedom," "saving the earth" or as a matter of "economic expediency."

It is equally true that most in society are not in one camp or the other but have as a matter of record accepted, in one degree or another, the tenets of both. Thus, the ebb and flow of the political fortunes of each extreme, in a matter of course and time, has resulted in an inept, lying, omnipotent, omnipresent god-state that seeks to control every economic and physical aspect of life, including our water, food, energy, medicine, and information.

The existing political entanglements have now produced a god-state which no longer seeks to persuade but rather dictates it’s will under the pejorative declaration: "IT IS THE LAW AND IT MUST BE ENFORCED."

In 1833 John C. Calhoun addressed this albatross to freedom:

"The law must be enforced! The imperial edict must be executed! It is under such sophistry, couched in general terms, without looking to the limitations which must ever exist in the practical exercise of power, that the most cruel and despotic acts ever have been covered. It was such sophistry as this that cast Daniel into the lions’ den and the three Innocents into the fiery furnace. Under the same sophistry the bloody edicts of Nero and Caligula were executed. The law must be enforced!…No, no!… Force may indeed hold the parts together, but such Union would be the bond between master and slave, a Union of exaction on one side and of unqualified obedience on the other. Disguise it as you may, the contest is one between power and liberty."

As the United States continues its economic slide toward a 13th-century feudal society it has become blatantly obvious to a growing minority that something is dreadfully wrong. Whether they know it or not they sense the central government is preparing an armed response to the coming social crisis.

People are beginning to dread any governmental "corrective" actions; hate taxation with its continual rising rates; know the courts, via judicial activism, have bastardized Constitutional, as well as common law, setting in motion events which have annihilated their property and civil rights. Feeling immured by laws people don’t like and don’t understand they attribute their chains to an unresponsive, hidebound, feckless congress backing a bumptious, chimerical, outré executive who trots out one crises after another, followed by patently stupid nostrums which flummox all but the simple minded.

For those who haven’t had this revelation of reality the American Revolutionary diplomat Arthur Lee’s words should have some resonance for today. Speaking to the parallel conditions of the ancient Roman people enslaved to their government and the lot of the people of America if they continued in their state under British rule, Lee wrote:

The Roman people "were already wicked . . . [and] were soon to be weak and miserable; they were soon to groan under the most execrable monsters that ever blackened human nature: Tiberius, Nero, Caligula, Commodus, and Domitian…"

Samuel Adams could also be called on to verify the present dilemma that Americans face in relation to ancient Rome.

Adams informed his readership through the Boston Gazette:

"Had not Caesar seen that Rome was ready to stoop, he would not have dared to make himself the Master of that once brave people . . . [he] led them gently into slavery. . . . What difference is there between the present state of this province, which in course will be the deplorable state of all America, and that of Rome?"

Indeed, what difference is there between the present state of American society and that of ancient Rome; save the speed of descent into abject servitude?

There, however, was one difference between Julius Caesar and our modern "political leadership," which can only be expressed by one as learned as Samuel Adams. "The Tyrant of Rome, to do him justice, had learning, courage, and great abilities…"

Is it any wonder that some within society are threatening the lives of judges and their families?

When society, at large, is faced with being annihilated in a blizzard of bullets under the pretext of "enforcing the law" or dying a slow agonizing death from a horde of viruses or swarms of bacteria released to save Gia, what is to be expected?

What is the incongruity between the current economic, judicial, political morass being perpetuated by a brain-dead bureaucracy and the fact that the "profane" among the American public having purchased enough weapons and ammunition, since January 2009, to "outfit the entire Chinese and Indian armies"?

Why were so many surprised that the god-state listed those they fear the most in a number of pamphlets designed to warn its enforcers?

In a recent conversation with a close friend concerning this subject he asked, "So what happens next?"

No one can fully answer that question. History says there will be a revolution but what form it will take or when it will take place is anyone’s guess. It is inevitable that a straightforward transformation in the power relations within American society will occur; probably due to economic necessity but assuredly due to survival from the abuse present with political mediocrity.

The reason for such an event was addressed by John S. Preston, Commissioner from South Carolina, to the Convention of Virginia, on February 19, 1861.

After listing the abuses suffered over the years by the State of South Carolina at the hands of the Federal government Mr. Preston said in part:

"It is not only a revolution of actual material necessity, but it is a revolution resulting from the deepest convictions, the ideas, the sentiments, the moral and intellectual necessities, of earnest and intelligent men. It is not only the primeval and never-dying struggle of the liberty of labor against the despotism of power; but it is that still sterner conflict which shivered Greece and disintegrated the huge and solid mass of Rome…"

History marches on, the names of nations and empires change but the underlying reason for their coming into existence, maturing into empires, and leaving the world stage remain constant.