Torturing the Rule of Law

While Congress is sidetracked by who said what to whom and when, our nation finds itself at a crossroads on the issue of torture. We are at a point where we must decide if torture is something that is now going to be considered justifiable and reasonable under certain circumstances, or is America better than that?

“Enhanced interrogation” as some prefer to call it, has been used throughout history, usually by despotic governments, to cruelly punish or to extract politically useful statements from prisoners. Governments that do these things invariably bring shame on themselves.

In addition, information obtained under duress is incredibly unreliable, which is why it is not admissible in a court of law. Legally valid information is freely given by someone of sound mind and body. Someone in excruciating pain, or brought close to death by some horrific procedure is not in any state of mind to give reliable information, and certainly no actions should be taken solely based upon it.

For these reasons, it is illegal in the United States and illegal under Geneva Conventions. Simulated drowning, or water boarding, was not considered an exception to these laws when it was used by the Japanese against US soldiers in World War II. In fact, we hanged Japanese officers for war crimes in 1945 for water boarding. Its status as torture has already been decided by our own courts under this precedent. To look the other way now, when Americans do it, is the very definition of hypocrisy. 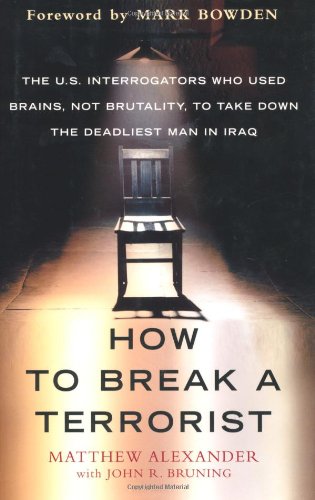 Matthew Alexander, author of How to Break a Terrorist used non-torture methods of interrogation in Iraq with much success. In fact, one cooperative jihadist told him, "I thought you would torture me, and when you didn’t, I decided that everything I was told about Americans was wrong. That’s why I decided to cooperate." Alexander also found that in Iraq “the No. 1 reason foreign fighters flocked there to fight were the abuses carried out at Abu Ghraib and Guantanamo. Our policy of torture was directly and swiftly recruiting fighters for al-Qaeda in Iraq.” Alexander’s experiences unequivocally demonstrate that losing our humanity is not beneficial or necessary in fighting terror.

The current administration has reversed its position on releasing evidence of torture by the previous administration and we must ask why. A great and moral nation would have the courage to face the truth so it could abide by the rule of law. To look the other way necessarily implicates all of us and would of course further radicalize people against our troops on the ground. Instead, we have the chance to limit culpability for torture to those who were truly responsible for these crimes against humanity.

Not everyone who was given illegal orders obeyed them. Many FBI agents understood that an illegal order must be disobeyed and they did so. The others must be held accountable, so that all of us are not targeted for blowback for the complicity of some.

The government’s own actions and operations in torturing people, and in acting on illegally obtained and unreliable information to kill and capture, are the most radicalizing forces at work today, not any religion, nor the fact that we are rich and free. The fact that our government engages in evil behavior under the auspices of the American people is what poses the greatest threat to the American people, and it must not be allowed to stand.