The Populist Patriotism of Gore Vidal 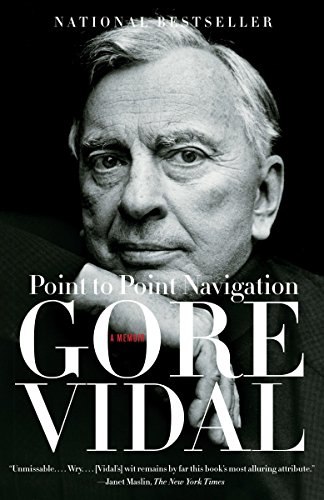 “Contrary to legend,” writes Gore Vidal in Point to Point Navigation, the second (and presumably final) volume of his memoirs, “I was born of mortal woman.” He passed into this world in the Cadet Hospital at West Point, an institution he would later write about with the keenest insight and even affection. (As a boy he loved to play with toy lead soldiers, though “Today they would be proscribed because war is bad and women under-represented in their ranks.”)

The century into which Gore Vidal was born – which modest Yankees would not think of calling the American Century; that would be the conceit of the silly son of Chinese missionaries – had reached the quarter pole. Mr. Wilson’s unsuccessful attempt to remould America into a militarized police state was a queer and fading memory. Normalcy was upon the land. Genius, too. Writes Vidal: “In 1925, the year that I was born, An American Tragedy, Arrowsmith, Manhattan Transfer, and The Great Gatsby were published. A nice welcoming gift, I observed to the Three Wise Men from PEN who attended me in my cradle.”

The boy’s father, Gene Vidal, former West Point fullback and Olympic decathlete, taught aeronautics at the U.S. Military Academy and later helped found the airline that would become TWA. Gene seems to have been a bit of dreamer; he was convinced that before too many years every American would have his own airplane. If, instead, every American male wound up with Social Security and draft cards, well, you can’t blame a guy for his reveries. Gene may or may not have had a fling with aviatrix (a now verboten word!) Amelia Earhart, but Gore is not about to fault his father for infidelity. “The serenity of [Gene’s] nature,” says his son, “was in benign contrast to my mother’s raging nature.”

Nina Vidal was “a composite of Bette Davis and Joan Crawford,” a kind of Mommie Dearest who married the main chance, in her case the moneybags Hugh D. Auchincloss, thus making Gore Vidal a stepbrother to the future Jackie Kennedy Onassis through a concatenation of upper-class remarriages. Vidal draws the appropriate lesson: “Oh, what a tangled web is woven when divorcees conceive.” 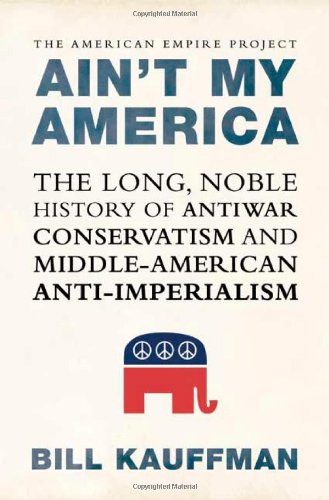 One might not associate Gore Vidal with “family values,” even had that phrase not become a cynical advertising slogan exploited by adulterous Republicans, but in fact family has often been his concern. He writes here, as he has so often before, about his father and his maternal grandfather, the blind Oklahoma Senator Thomas P. Gore, with a filial reverence. These were the men he took for his models. They served him well, if uncommonly.

And of course the country itself constitutes Vidal’s extended family, or at least it did. Though Vidal is beyond question one of the finest essayists ever to use the language, his greatest achievement may be his Narratives of Empire, the septology of historical novels which covers the rise of the American Republic and its tragic, enraging fall (felled, as it happens, by the American Empire). His subject is “the Republic’s history, which I have always regarded as a family affair.” He is the nation’s biographer, which is why those who would efface our history or deny that anything much happened prior to 1941 detest Vidal. A patriot, he is called anti-American by those who can’t be bothered to find out what was going on in the crazy old America before the advent of atomic bombs, McGeorge Bundy, and the films of Tony Curtis.

Senator Gore, to whom the young Vidal read the Congressional Record, impressed upon the boy that the populists, however maligned by the establishment, kept alive the spirit of '76. Of his grandfather, an ally of Bryan and enemy of Wilson and FDR, Vidal writes, “He was a genuine populist; but he did not like people very much. He always said no to anyone who wanted government aid.” (Equal rights for all, special privileges for none, as the populist motto went.) Senator Gore, says his grandson, was “the first and, I believe, last senator from an oil state to die without a fortune.”

The Best of Bill Kauffman

Previous article by Bill Kauffman: They Voted Against Mother's Day