What caused this? It is a simple question, and yet answers are all over the map, as you might expect. Here’s mine in two words: fiat money. The word fiat means: out of nothing. Money out of nothing is money that is eventually worth nothing. The possibility of precisely that happening emerged on August 15, 1971. Since Nixon severed the last tie of the dollar to gold, the world’s monetary system has not been restrained by anything physical. We’ve depended on the discretion of central bankers. We can’t trust that, and this crisis shows precisely why.

Of course there are subsidiary factors. The lifting of restrictions on Freddie and Fannie. Subsidized lending. The Fed’s artificially low interest rates. The Community Reinvestment Act. Financial “deregulation.” The war. Bush profligacy. Debt. There is much more besides. But fighting each of these forces individually is like battling down flies at the garbage dump. The core issue is that there is nothing to restrain money creation.

The first time that people hear this, they find their minds rather boggled, and they want to know more. My whole experience in this area is that once people start digging around the area of monetary theory, they find that 1) it is not as difficult a subject as it seems, 2) it is endlessly fascinating, and 3) it explains far more than they realized before. 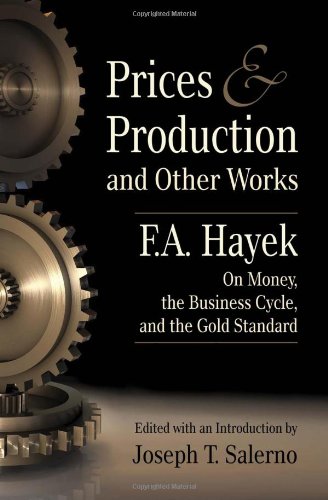 It was F.A. Hayek who bore this burden most directly for those in the English-speaking world. His books on the source of the business cycle and what to do about it appeared in the late 1920s and throughout the 1930s. These works were cited by the Nobel Prize Committee in 1974 as his most important contribution to economic thought. His ideas are directly applicable to our current plight.

It has been a real tragedy that these works have been out of print. But this year, the Mises Institute made a hard push to get this book out in time for the current financial calamity. We set other projects aside and worked all hours to bring out the definitive collection. Here it is: Prices and Production and Other Works on Money, the Business Cycle and the Gold Standard, by F.A. Hayek. 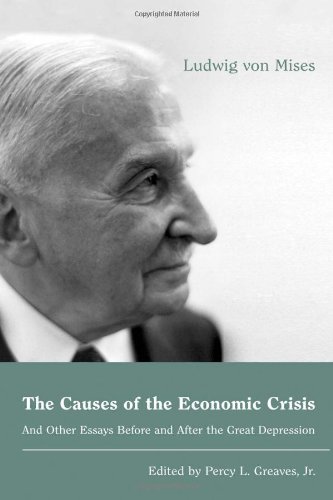 The book is priceless in its content and presentation. Specifically, Hayek explains the mechanism by which loose credit generates false signals to investors, leading them to chase fads all over the market, and ending in sector-wide failures. He was writing at a time when the gold standard provided partial restraint on the government and the central bank. No more. So Hayek’s analysis of all of this is more penetrating than ever. The book also contains the complete text of his many battles with Keynes.

At this link, you can buy what we are calling the Crisis Book Kit at a deep discount. Just click the books you want and the discount happens.

At the same time he was writing, his mentor Ludwig von Mises was battling it out in Austria and the German-speaking world. He became the great opponent of not only inflationary finance but also the Continent’s version of the New Deal. The remarkable thing is that these essays were not translated until the 1980s and even then remained obscure. This book is really their first major debut, and it appeared only last year: The Causes of the Economic Crisis. You will see his expository virtuosity at work and also his amazing courage and passion. 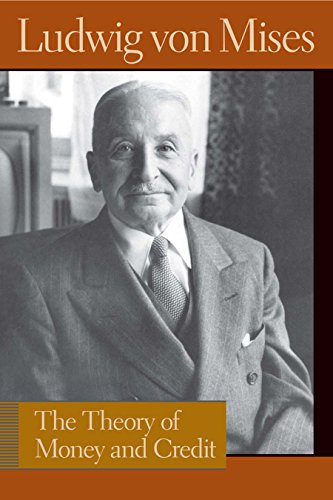 It has been a major task of the Austrian school since 1912 to explain to people what money is, how it works, and how its corruption and distortion by the state is the source of both inflation and business cycles. The core book here is Mises’s own 1912 classic called The Theory of Money and Credit, written at the dawn of the central banking age. The prose is still crystal clear, and it continues to be the best textbook on money ever written.

In the American context of the Great Depression, one book captures the whole onset and response. It is Murray Rothbard’s America’s Great Depression. He shows that it wasn’t the 1929 crash that was the problem; it was the response to the crash that created the Depression. Bailouts. Price controls. Wage controls. Government programs. Trade restrictions. Crackdowns on the capital markets. And who did all this? It originated not with FDR but with Herbert Hoover — clear echoes of today. There is no understanding the present crisis without this book. 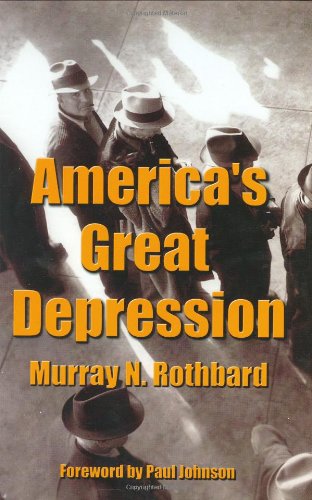 Finally we need to realize the problem of loose money and its effects are not new and not necessarily 20th century. The whole history of the American economy is littered with banking panics, bailouts, business cycles, and chaos, each with the same root. When the money goes bad, everything goes bad. Rothbard chronicles the long history in his marvelous book: History of Money and Banking in the United States.

The Mises Institute has sponsored research on this topic since it was created in 1982. Our first conference was on the gold standard. We’ve suffered for this choice. The best way to fall out of favor with the regime — or its pseudo-libertarian and neocon supporters — is to question its central bankers. We’ve done that. But now, the work is done. It is available. The truth is out there. You only need to grab it, comprehend it, and spread it.