Niccol Machiavelli, who was a sort of Karl Rove of his day, though with more integrity, said of the Swiss that they were "the most free and most armed people" of Europe. Get it? The connection between arms and freedom?

That statement is still true of the Swiss. Many people know that they practice neutrality, but not many know that they practice armed neutrality. If the gun controllers’ claim that the mere presence of arms leads to mayhem were true, the Swiss would have wiped themselves out years ago. There are guns and gun ranges all over the place. You would be hard-pressed to find a Swiss home without a firearm and ammunition. Yet, the Swiss have a very low crime rate. 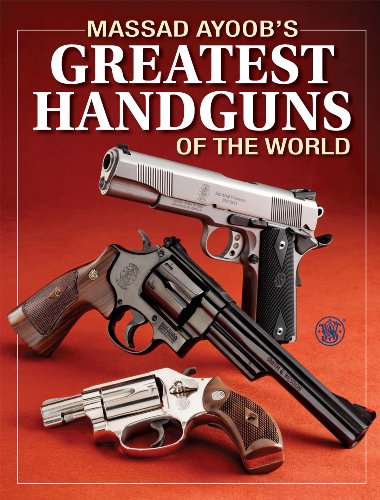 If you were a robber or a rapist, who would you rather have as a victim? Someone who is armed, or someone who is defenseless? Even a stupid criminal knows the answer to that question.

If the police can protect us — which is another claim the gun-control people make — then why are so many people murdered, raped and robbed? Even the television fictional stories tell you the answer to that. The cops get there after the crime has been committed. Otherwise, there wouldn’t be a crime scene. Nearly all the cop shows open with the police looking at a dead, unarmed body.

Do you really believe that the men who had just fought a long and bloody war against the British and were writing what we call the Bill of Rights had this conversation:

"Well, let’s see. We’ve guaranteed freedom of assembly, of religion, of speech and of the press. Oh, my gosh, we’ve forgotten the duck hunters. They’ll raise heck if we leave them out, so we’d better write an amendment for them."

The Second Amendment has nothing whatsoever to do with hunting. It states: "A well-regulated militia being necessary to the security of a free state, the right of the people to keep and bear arms shall not be infringed."

The men who wrote these amendments were pretty darn fluent in English. If they had intended the right to keep and bear arms to apply only to the militia, they would have said so. They would have written "A well-regulated militia being necessary to the security of a free state, the right of the states to arm their respective militias shall not be infringed."

They didn’t say that. The main sentence says "right of the people to keep and bear arms shall not be infringed." "People" means everybody, not just the members of the militia. The subordinate clause, "A well-regulated militia being necessary to the security of a free state," just gives one, but not the only, reason why all the people have a right to keep and bear arms. The militia, after all, was drawn from the people. It was not the Army. The first meaning of "bear," by the way, is to carry, bring or take. Americans have the right to keep arms and to carry them.

The word "regulate" in those days meant trained, and do you notice again the connection between arms and freedom? The subordinate clause refers to a "free state." Obviously, an unfree state would not allow the people to be armed.

The Founding Fathers were not urban neurotics like so many of today’s politicians. They were almost all outdoor people. Guns were to them just tools, like their axes or plows. You couldn’t survive in the wilderness without firearms, and at the time of our Revolution, there were only about 3 million people from Maine to Georgia.

Nor were there any police forces. There was no Secret Service, FBI or any of the other alphabet law-enforcement agencies. If you decided to travel, you traveled at your own risk, and you can bet people traveled armed. When I was last at Williamsburg, Va., they had a room in one of the historical houses arranged as if a traveler had just arrived and unpacked. There on top of a dresser was a pistol.

Charley Reese [send him mail] has been a journalist for over 50 years, reporting on everything from sports to politics. From 1969—71, he worked as a campaign staffer for gubernatorial, senatorial and congressional races in several states. He was an editor, assistant to the publisher, and columnist for the Orlando Sentinel from 1971 to 2001. Now retired, he wrote a syndicated column carried on LewRockwell.com. Reese served two years active duty in the U.S. Army as a tank gunner.