Do People Secretly Think You're a Pig?

You don’t want to read this article. But you should and must. It contains some dreadful truths that are universal but no one will is willing to talk about them because the subject is so uncomfortable.

I would like to reveal a universal prejudice — it is a cruel and judgmental attitude that is written on the hearts of people in all times and all place — that might very well wreck your life, but which you can deal with rather easily.

The subject is table manners. No biggie, right? Who cares about how one holds a fork or cuts a steak or eats soup? All this is merely Victorian frippery, irrelevant in our days of social liberation.

Here’s the truth. You are being judged every time you lift fork to mouth. And not just judged: you are watched with an eagle eye and mercilessly and horribly criticized in the minds of those around you. They are forming extreme opinions about you. Missteps are being chronicled in the annals of the personal histories others carry around in their minds.

What’s more, the assembly of facts that people hold in their minds concerning your table manners rise to the top. It is more important than what you say, because table manners seem to reveal some inner secret about you, your background, your class, your rearing, your parents, your attentiveness and self-awareness. People are perversely interested in your secrets, particularly those you reveal inadvertently. No, people will not admit it. But they are lying. You are how you eat.

It comes down to this. You can be wearing a $2000 suit. You can speak with incredible erudition. You can have the whitest teeth, the best jokes, the coolest haircut, and looks of dazzling beauty. But bad table manners wipe it all away.

Worse: the better you look and sound, the higher the standards are for your manners and the more severe people will be toward your slipups. Why? Because people will figure that all the other externals are nothing but a put-on. You will be a living, breathing hoax.

I know that these truths are hard to take. The first thought might be: hey, don’t impinge on my eating freedom! I’ll eat how I want! 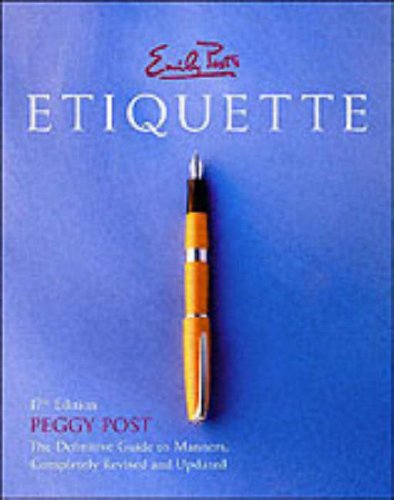 It’s not only that. Are you really happy knowing that people who have eaten with you carry around an image of you in their heads that has you eating like a pig? It doesn’t take much to cause this: stacking your artichoke leaves upside-down, for example. So even if it doesn’t hurt your career (which is does!), are you really happy knowing that people think ill of you?

Fine, you say, but first let’s discuss this.

At some point in your life, you will be required to eat in front of someone whom you want to impress. It could be a future employer. It could be a present manager higher up in the pecking order. It could be the dean, your pastor, a potential client or donor. It could be a possible future in-law. Don’t think that eating alone in a fast-food place protects you. Someone could be watching. That someone might later find himself or herself in a position to do you a favor.

So let’s say you blow it on one of these occasions. There will be no announcement. No explanation. No one will take you aside and say: “Next time, eat your soup by moving the spoon away from your body.” No one says: “I like Jane, but she needs to brush up her table etiquette.”

You will never know the reason for your failure. But neither will you ascend. You will only go as far as your manners place you in the social hierarchy. Again, people are horribly and secretly cruel: they will condemn not only your character but your whole family history. It’s not just your reputation that stands in the balance but that generation’s. 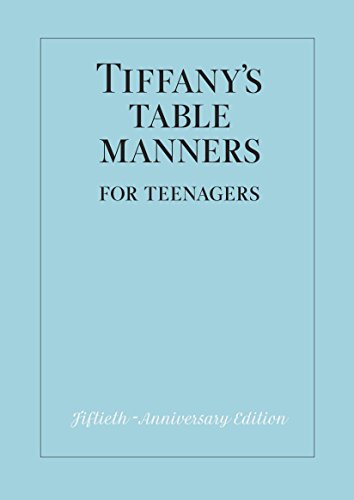 And remember that you only have one chance to get it right, and then you die and your legacy is established for all of history. Your legacy does not need to be less than it could, all because you never put your napkin on your lap.

These are brutal facts, terrifying ones, even. But it’s better that you know now rather than blow your one chance to get it right. Remember the quotation attributed to Oscar Wilde: “The world was my oyster, but I used the wrong fork.”

There are many guides to table manners out there. But we live in a blogging culture in which all information must be instant and short. So here are the five essential things you MUST do no matter what:

There: that’s five hard-core rules. There are a hundred others that you can pick up in time, and it is good to read a book, so that you know for sure that you are doing it right. But you do not want to look like an obsessive rule keeper. Equally important to obeying rules is to look like you are not even thinking about them. You must look comfortable, happy, and relaxed. What’s more, this is the only way to be in order that you can be delightful at the table. Okay, so you are jolted a bit, and offended by this article. You are tempted to forget that you ever read it. You are free to do so. But others are also free to think of you as uncouth, ill-trained, low-born, and poorly raised, and to treat you with all those assumptions in mind.

Yes, there are probably great men and women of the past who ate like pigs. They succeeded despite it. Why take the chance that you will happen to be among them, when minding manners is so little to ask?

Previous article by Jeffrey Tucker: What Beowulf Can Teach Us About Rulers

Losers Gather in Annapolis To Protect and Serve