Does High-Fructose Corn Syrup Have to Be in Everything?

In her recent article on cholesterol, Karen De Coster provided information that should be beneficial to anyone interested in staying healthy. In this piece I want to address a similar issue. The title says it all. Why, in the name of health, do so many foods marketed to the U.S. public include high fructose corn syrup? Even the most cursory search of the many health sites on the Internet yield a veritable cornucopia of negative information about this stuff.

Of course the culprit for the presence of high fructose corn syrup (HFCS) in all sweetened foods in the U.S. is the state. The mechanism is the incredibly high tariff on sugar produced in other countries. The U.S. government would rather force manufacturers to use inferior and hazardous high fructose corn syrup, which can be created from corn – a crop grown in the U.S. – than allow them to use more natural sugar from places that seem rather obvious. I don't know about you, but when I think of sugar, I think of sugar cane in South America, but when the USDA thinks of sugar, apparently they think of cornfields in Nebraska!

But Really, Who Cares?

What if corn sweetener is just as good as sugar from cane in South America? Wouldn't it make sense to support our "local" producers? Well, no, not with legislation. If corn sweetener were really better than cane sugar, legislation artificially inflating our price for cane sugar would not be needed. Read that sentence again, because that is about the size of it. Whenever the state gets involved to force the market to take a particular path it is only because the path chosen by the state would not otherwise be taken by anyone intelligent enough to decide on his own. Period.

On the other hand, what if corn sweetener is not just as good as sugar from cane? Well, Houston, then we have a problem! According to experts such as Mehmet Oz and Michael Roisen, high-fructose corn syrup is a horrible sweetener. In their landmark book, "You: The Owner's Manual…," they state:

"One of the biggest evil influences on our diet is the presence of high-fructose corn syrup (HFCS), a sugar substitute that itself is a sugar found in soft drinks and many other sweet, processed foods. The problem is that HCFS inhibits leptin secretion, so you never get the message that you're full. And it never shuts off gherin, so, even though you have food in your stomach, you constantly get the message that you're hungry." (See page 192.)

With apologies to the Church Lady, "Well, isn't that special?" So the state forces us to consume a sweetener that's obviously not as good for us, just so their constituents can sell more, make more money, and vote en bloc for the legislator who visits this evil on the rest of us. Sounds like yet another example of misplaced incentives. 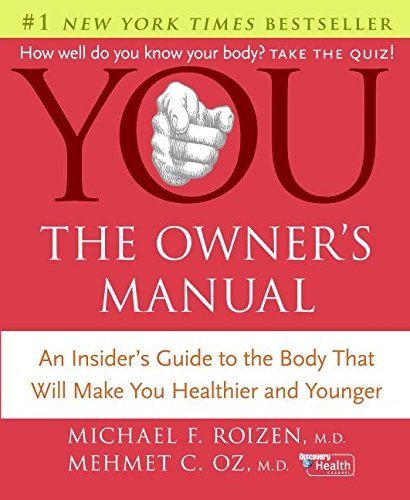 Those of us who are "into" health know all about stevia. This is a very powerful natural sweetener, extracted from South American plants much as sugar is extracted from cane. One can find stevia in health food stores, but it is not allowed as an ingredient in processed foods. Why not? The typical statist would say "because it is not shown to be proven safe and effective” which is FDA-speak for "because we didn't say you could use it." Call me a conspiracy realist, but I doubt that "safe and effective" had much to do with the FDA deciding to ban stevia. Nothing drives this point home better than this little tidbit: the FDA initially labeled stevia as an "unsafe food additive" after an anonymous complaint. (Yes, an anonymous complaint!) You simply cannot make this stuff up.

But stevia has been used by other cultures for thousands of years with no ill effects. Yes, thousands of years. If it's so dangerous, why are we in the U.S. alone on Earth in recognizing the danger? In Japan the government will not allow artificial sweeteners in soft drinks, so they use stevia instead. In fact, it accounts for 40% of the Japanese sweetener market. In the U.S. the government won't allow stevia, but we get a heaping helping of Aspartame, Sucralose, and all manner of other chemical junk. Where is the logic? (Maybe I should just follow the money.) Interestingly, many of the sweetening chemicals we’re allowed to have as additives come with warning labels, by the way, so the government considers it established that there are health problems with those.

The decisions we each make about what we eat are some of the most basic ones we’ll ever encounter. But in the case of HFCS – just as one example – we in the U.S. aren't given that choice. The FDA claims to "protect" us from snake-oil salesmen of every stripe, yet when it comes to being able to choose an item of food that is among the most basic and prevalent in any diet, economic considerations trump safety. From my standpoint, while this about par for the course, it is still darned unsettling.

What will it take to reverse the tide?

Robert E. Lee To Nowhere and Beyond