A Review of "Gladiator" 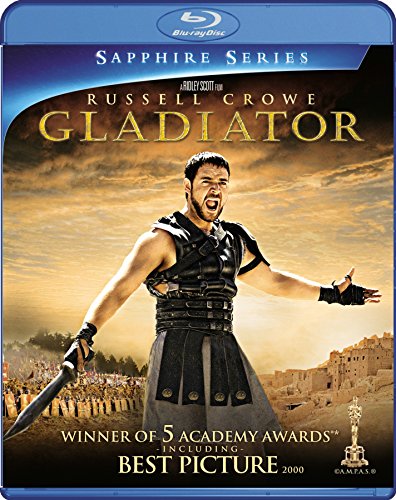 Go see GLADIATOR. It’s simply breathtaking — the battle scenes, the costuming, the computer generated graphics that look real, the dialogue. It has everything going for it, except the facts.It begins with a brief written history on screen. It says that the emperor Marcus Aurelius died in 180 A.D. The movie shows that his son Commodus re-opened the gladiatorial games; his father had closed them. These are last historical facts in the movie that you can trust.

The movie begins with Marcus Aurelius on his final military campaign. His battles a tribe in Germania. His forces win. This promises to be the final battle. At last, Rome’s last enemies are suppressed! In fact, this was the latest in a long series of Rome’s defensive battles. Aurelius did not win the Germanic war. His son Commodus — the movie’s villain — settled for peace after his father’s death. He then went back to Rome.

It pictures Aurelius as hostile to Commodus. In fact, he had elevated Commodus to official positions, beginning when the boy was five years old. Roman emperors before him had adopted their successors as sons. Not Aurelius. He wanted his flesh and blood to inherit the throne.

It pictures Aurelius as anxious to restore the power of the Senate. In fact, he had stripped the Senate of much of its power.

Aurelius is pictured as a man who just wanted to end the bloodshed. In fact, he was a systematic persecutor of Christians, beginning as soon as he ascended to power in 161. Justin Martyr died under his reign. Aurelius escalated his persecutions in 177.

Commodus generally left the church alone. He was too busy with his 600 concubines, half of whom were women. “Make love, not martyrs” was his motto.

Academics love Aurelius because he wrote his MEDITATIONS. He was the first and last emperor who could be regarded as a philosopher-king in Plato’s tradition. He revoked men’s liberty, and he was succeeded by a debauched tyrant who was worse.

Commodus reigned for twelve years. He died at the hands — literally — of a wrestler who had been hired to assassinate him. The conspirators included the leader of the Praetorian guard and his favorite (female) concubine.

But it’s a great movie anyway. The opening battle scene is spectacular. To film it, the director hired professional archers to shoot 15,000 flaming arrows into a forest. Then he had arrow-launching machines shoot in another 15,000. Viewing this, you have to think, “Will the tree-huggers run out of this theater, shrieking?” None did at our local theater. Yes, the regional environmental authorities were going to burn down the forest anyway, but I’m hoping that the enviros won’t know this. My bet is, they’ll get caught up into the scene the way the rest of the audience does. “Burn, baby, burn!”

The computer-generated scenes of the Coliseum are astounding. The horror of that magnificent structure should remind us: we have been delivered. For six centuries, the blood lust of those games addicted an entire society. How addictive? Read Augustine’s contemporary account of a friend of his who swore off the games, then was lured back in, and could not quit for years. This was in the final years of the games, when Rome’s emperor was a Christian. This is from Book VI of his CONFESSIONS.

The key passage is section 13.

GLADIATOR is a movie that gets most of the facts wrong, yet gets the story right. You will leave the theater filled with thanksgiving for the way of life we live today. For this, we can thank Commodus far more than Marcus Aurelius. He left the Christians alone. They inherited the political system in 325 A.D. Constantine, the first Christian emperor (he said), officially shut down the games in 326, but they survived in the Western half of the Empire. The games were finally shut down for good in 404, over 600 years after they began.

On May 15, I sent this to subscribers of my e-mail newsletter, Gary North’s Reality Check.

Perversion at the Wal-Mart Discarding the Crown