[Note: This column was written before the news came out last night that George W. Bush was arrested on a DUI charge 24 years ago. He was stopped in Maine for driving too slowly and briefly veering onto the shoulder of the road.]

Clinton has signed a bill passed by Congress that orders the states to adopt new, more onerous drunk-driving standards or face a loss of highway funds. That's right: the old highway extortion trick. Sure enough, states are already working to pass new, tighter laws against Driving Under the Influence, responding as expected to the feds' ransom note.

Now the feds declare that a blood-alcohol level of 0.08 percent and above is criminal and must be severely punished. The National Restaurant Association is exactly right that this is absurdly low. The overwhelming majority of accidents related to drunk driving involve repeat offenders with blood-alcohol levels twice that high. If a standard of 0.1 doesn't deter them, then a lower one won't either. 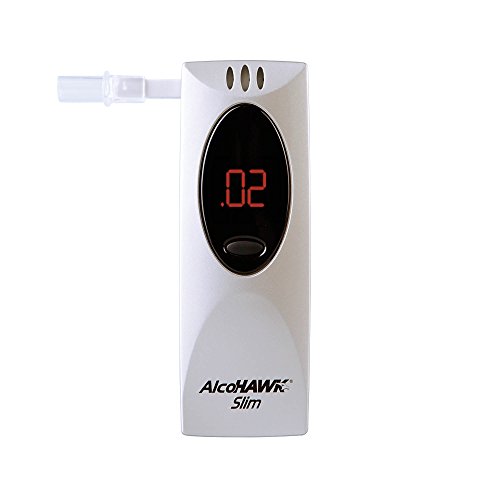 But there's a more fundamental point. What precisely is being criminalized? Not bad driving. Not destruction of property. Not the taking of human life or reckless endangerment. The crime is having the wrong substance in your blood. Yet it is possible, in fact, to have this substance in your blood, even while driving, and not commit anything like what has been traditionally called a crime.

What have we done by permitting government to criminalize the content of our blood instead of actions themselves? We have given it power to make the application of the law arbitrary, capricious, and contingent on the judgment of cops and cop technicians. Indeed, without the government's "Breathalyzer," there is no way to tell for sure if we are breaking the law.

Sure, we can do informal calculations in our head, based on our weight and the amount of alcohol we have had over some period of time. But at best these will be estimates. We have to wait for the government to administer a test to tell us whether or not we are criminals. That's not the way law is supposed to work. Indeed, this is a form of tyranny.

Now, the immediate response goes this way: drunk driving has to be illegal because the probability of causing an accident rises dramatically when you drink. The answer is just as simple: government in a free society should not deal in probabilities. The law should deal in actions and actions alone, and only insofar as they damage person or property. Probabilities are something for insurance companies to assess on a competitive and voluntary basis.

This is why the campaign against "racial profiling" has intuitive plausibility to many people: surely a person shouldn't be hounded solely because some demographic groups have higher crime rates than others. Government should be preventing and punishing crimes themselves, not probabilities and propensities. Neither, then, should we have driver profiling, which assumes that just because a person has quaffed a few he is automatically a danger.

In fact, driver profiling is worse than racial profiling, because the latter only implies that the police are more watchful, not that they criminalize race itself. Despite the propaganda, what's being criminalized in the case of drunk driving is not the probability that a person driving will get into an accident but the fact of the blood-alcohol content itself. A drunk driver is humiliated and destroyed even when he hasn't done any harm.

Of course, enforcement is a serious problem. A sizeable number of people leaving a bar or a restaurant would probably qualify as DUI. But there is no way for the police to know unless they are tipped off by a swerving car or reckless driving in general. But the question becomes: why not ticket the swerving or recklessness and leave the alcohol out of it? Why indeed.

To underscore the fact that it is some level of drinking that is being criminalized, government sets up these outrageous, civil-liberties-violating barricades that stop people to check their blood – even when they have done nothing at all. This is a gross attack on liberty that implies that the government has and should have total control over us, extending even to the testing of intimate biological facts. But somehow we put up with it because we have conceded the first assumption that government ought to punish us for the content of our blood and not just our actions.

There are many factors that cause a person to drive poorly. You may have sore muscles after a weight-lifting session and have slow reactions. You could be sleepy. You could be in a bad mood, or angry after a fight with your spouse. Should the government be allowed to administer anger tests, tiredness tests, or soreness tests? That is the very next step, and don't be surprised when Congress starts to examine this question.

Already, there's a move on to prohibit cell phone use while driving. Such an absurdity follows from the idea that government should make judgments about what we are allegedly likely to do.

What's more, some people drive more safely after a few drinks, precisely because they know their reaction time has been slowed and they must pay more attention to safety. We all know drunks who have an amazing ability to drive perfectly after being liquored up. They should be liberated from the force of the law, and only punished if they actually do something wrong.

We need to put a stop to this whole trend now. Drunk driving should be legalized. And please don't write me to say: "I am offended by your insensitivity because my mother was killed by a drunk driver." Any person responsible for killing someone else is guilty of manslaughter or murder and should be punished accordingly. But it is perverse to punish a murderer not because of his crime but because of some biological consideration, e.g. he has red hair. Bank robbers may tend to wear masks, but the crime they commit has nothing to do with the mask. In the same way, drunk drivers cause accidents but so do sober drivers, and many drunk drivers cause no accidents at all. The law should focus on violations of person and property, not scientific oddities like blood content.

There's a final point against Clinton's drunk-driving bill. It is a violation of states rights. Not only is there is no warrant in the Constitution for the federal government to legislate blood-alcohol content – the 10th amendment should prevent it from doing so. The question of drunk driving should first be returned to the states, and then each state should liberate drunk drivers from the force of the law.