America's entry into World War I was marked by a system of repression of dissent and civil liberties unprecedented our history. The repression ranged from the jailing of thousands of critics of the war, most notably Socialist leader Eugene Debs, to banning the playing of Beethoven (a Hun), changing the name of sauerkraut to Liberty cabbage, and seeking to prohibit the teaching of the German language in the public schools ("Speech of Hated Hun Forbidden," was how the press saw one such triumph). Leading the nationwide assault was the federal government; the executive branch also orchestrated councils and organizations on the state and local level, and gave official sanction to vigilante activities of superpatriots engaging in surveillance of their neighbors.

The parlous state of individual freedoms in the United States was sketched by H. L. Mencken in the early 1920s, when he satirically suggested what was "wrong" with civil libertarians from the viewpoint of the average American. The problem was that they were too dogmatic, too doctrinaire in the espousal of the Bill of Rights, a bunch of troublemakers and semi-anarchistic johnny-one-notes constantly bemoaning the alleged threats to liberty in this freest land on earth. In short, Mencken wrote in mock scorn, they were "the same fanatics who shake the air with sobs every time the Postmaster-General of the United States bars a periodical from the mails because its ideas do not please him, and every time some poor Russian is deported for reading Karl Marx, and every time a Prohibition enforcement officer murders a bootlegger who resists his levies, and every time agents of the Department of Justice throw an Italian out of the window…"

Establishment historians have long been rather embarrassed by this veritable reign of terror during and following World War I. For they have a particular problem: At the top of the pyramid of repression was none other than Woodrow Wilson, one of the great triad of "strong" presidents (the others are Lincoln and FDR) who are supposed to have brought America to its present pinnacle of preeminence. As Mencken put it, their attitude has been that Woodrow Wilson was the natural candidate "for the first vacancy in the Trinity." What then to do about Wilson as commander in chief of the repression machine? Up until the last two decades, the solution was to levitate him above the carnage; not Wilson but his impetuous and reactionary advisers were to blame, both for the wartime repression and for the notorious Palmer "red raids" conducted well after the end of the war. 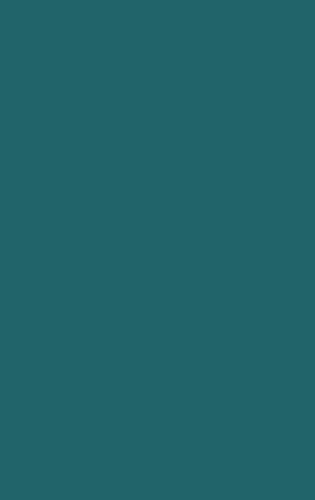 Fortunately, in recent years historians have been more willing to topple their idols. Paul Murphy's new book is a welcome addition to the newer tough-minded literature on the suppression of civil liberties in the war. Woodrow Wilson is given the primacy and the major responsibility for the terror system that he so richly deserves. Murphy provides us with a competent and useful account of the suppression and the emergence of the organized civil liberties movement. Although his brief treatment lacks some of the juicy details of H. C. Peterson and Gilbert Fite's Opponents of War, 1917–1918, Murphy is particularly good on an area relatively neglected in the other treatments: the reaction of lawyers and jurists to the civil liberties issue.

The discussion, however, is often skimpy, perhaps a function of the severe space limits that the otherwise excellent Norton series in American history seems to impose on its authors. The treatment of the Progressive period is scanty and unsatisfactory, with no discussion of the anti-anarchy laws that swept the nation after the assassination of McKinley, or of Teddy Roosevelt's fortunately unsuccessful attempt to revive the charge of federal seditious libel against the New York World in 1910 for its exposé of his chicaneries in the Panamanian revolution. And there is no treatment of the Palmer raids of 1919–20, which clearly grew out of the wartime hysteria and continued it into peacetime.

There also might have been at least a mention of the fact that on the day war was declared, Secretary of the Navy Josephus Daniels managed to get Wilson to nationalize the radio waves and to place radio in Navy Department hands – where Daniels unsuccessfully tried to keep it after the war had ended. Or of the bizarre establishment by the War Department of its own lumber union, the Loyal Legion of Loggers and Lumbermen, as part of the government's successful effort to crush the radical IWW. And Murphy misses the fact that the Post Office's suppression of an issue of The Nation was a reaction against libertarian Albert Jay Nock's editorial attacking leader Samuel Gompers for his pro-war activities within the international labor movement. Apparently, a mere criticism of Gompers was enough to get even a leading magazine banned from the mails.

But the major problem with Murphy's book is his fundamental confusion about the nature of the Progressive movement that underlay the war effort and the war mobilization. Murphy seems torn between the older myths and the more recent insights about the Progressives, as witness his belief that this fundamentally militaristic and imperialistic movement had been at least half pacifist. And although he acknowledges the vital role of such classical liberals and anti-statists as Roger Baldwin and Oswald Garrison Villard in the battle against war and on behalf of civil liberties, he attacks classical liberal property rights theory as furnishing, in essence, protection to only the civil liberties of the "propertied." What he misses is the fundamental Lockean axiom that every individual, by virtue of being human, has a "self propriety" – a property right in his own person, including his life and liberty. The argument that there can be no firmer groundwork than this for civil liberties for all, he doesn't even bother to tackle.

Murphy's crucial failure is in not understanding that the Progressive movement was a comprehensive drive for statism and big government across the board – in every area of American life, from the economy to foreign policy to the treatment of dissent, and even to sex and the consumption of alcohol. The movement was a coalition of certain big business groups and new circles of technocratic intellectuals, devoted to a planned and cartelized economy in which they would share the rule. The embracing of the war by John Dewey and countless other Progressive intellectuals was no incomprehensible betrayal of their reform ideals, but rather part and parcel of their vision of a nationalized future. In James Weinstein's insight, the Progressives saw the war as the "fulfillment" of their cherished goals. And Progressive jurists, as Murphy only partly recognizes, were devoted not to the classical doctrine of property rights, but to governmental intrusion and interference with those rights.

And so Murphy misses the crucial fact that the entire Wilson administration was "progressive," from the President on down. The greatest censors and oppressors during the war were Attorney General Thomas W Gregory and Postmaster General Albert S. Burleson, leading Texas progressives. Both were placed in their posts in Washington by the President's mysterious alter ego, "Colonel" Edward M. House, long the grey eminence of the progressive wing of the Texas Democratic party. And the notorious A. Mitchell Palmer, who became attorney general in 1919, was a leading Pennsylvania progressive. From Murphy's own account it is also clear that the members of the U.S. Supreme Court, which put its vital imprimatur on the wartime repression, were almost all progressives, including Chief Justice Edward D. White of Louisiana, Joseph McKenna of California, and William R. Day and John H. Clarke of Ohio.

One of Murphy's welcome contributions, in fact, is to debunk the allegedly civil libertarian position of the sainted Justice Oliver Wendell Holmes. As Murphy perceptively sees, Holmes's progressive commitment to judicial realism and restraint meant that the courts could no longer serve as a bulwark of either property rights or civil liberties against government invasion. As Murphy states, Holmes revealed an attitude of "permissive majoritarianism and a commitment to judicial self-restraint," and hence advocated "permitting the federal government and the states to use power positively to confront a variety of situations and to impose social control where necessary." And since rights were supposedly "social and not natural," Holmes was "fairly well in tune with the growing tendency in twentieth-century America toward community control, with its corresponding limitation upon individual freedom." Yet Murphy is not convincing when he tells us that Holmes had been converted to supporting a civil liberties position by the time of the Abrams case in late 1919. During the Volstead Act (Prohibition) and other cases of the 1920s, Holmes was back at the same old "permissive majoritarian" stand.

The period of the First World War was a watershed in the evolution of the corporate-liberal warfare state. It saw the burgeoning not only of the government-business alliance in industry, and American militarism and globalism, but also of the ideology and apparatus of the national security state. In the years and crises to come, the threats to civil liberties would be systematized. As the latest depredations by the CIA, FBI, and other federal agencies show, these have far from disappeared.

The Student Revolution The Government-Business Alliance