This originally appeared in the Rothbard-Rockwell Report, February 1993.

Why Malcolm X? Why the sudden rage, replete with baseball caps inscribed with X’s, for a man assassinated nearly thirty years ago? Partly it’s media hype, centered around the new hagiographic movie made by our Most Politically Correct Movie Director, Black Division. More seriously, the nostalgia for Malcolm is part of America’s permanent Jacobin Celebration Project, in which new politically correct birthdays and anniversaries are dug up and compulsorily celebrated (Earth Day, Earth Week, “Dr.” Martin Luther King Day, etc.), while others are overlooked or dumped altogether (Washington’s Birthday, Columbus Day – you should forgive the expression). To paraphrase LBJ, seize control of a nation’s celebrations, and their hearts and minds will follow.

OK, but why specifically Malcolm? Isn’t “Dr.” King for Heaven’s sake, enough? Are we now to boycott any state that doesn’t give a paid holiday or two in honor of Malcolm? The Authorized Version holds that Dr. King is indeed not quite enough, that restless black youth need a more militant and less “Christian” icon and “role model,” someone who was at least willing to flirt with violence, someone therefore more in tune with their own proclivities. 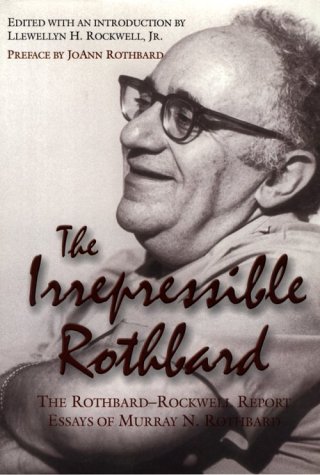 It’s true that Malcolm was more militant than King; he was a black nationalist rather than an integrationist. Yet, the emphasis on Malcolm’s ideas in the Received Version doesn’t begin to explain the Malcolm phenomenon. In the first place, Malcolm’s original nationalism in the form of the Black Muslims still lingers on in the person of “Minister” Louis Farrakhan. Yet, who really cares about Farrakhan? Surely he is scarcely the figure cut by Malcolm, Farrakhan’s original mentor. In fact, Malcolm made most of his impact in the scant few months after he had broken with the Black Muslims and before his assassination. And it was then that his ideology was in a state of severe flux. Groping his way out of the Nation of Islam, he had a conversion experience toward genuine Islam when he traveled to Mecca. Furthermore, ideologically, he was courted and pulled at by groups ranging through a wide ideological spectrum, from the Trotskyites of the Socialist Workers Party, over to free-market economist and Fortune journalist Charles Silberman, who was trying to make Malcolm into a free-marketeer. Indeed, Malcolm’s Black Muslim emphasis on black self-help, his attacks on drugs and going on welfare, were an attempt to bring ghetto blacks over to a Protestant Ethic, and it had a limited success in what could have developed into an ideology of Black Capitalism. But it is impossible to say where Malcolm would have headed had he not been gunned down in Harlem’s Hotel Theresa Ballroom in February 1965.

There is no question that black nationalism is a lot more libertarian than the compulsory integration pushed by King, the NAACP, and white liberals. But there are deep problems with black nationalism, which Malcolm never had a chance to explore. The most fundamental: black nationalism in what territory? A nation has to have territory, and blacks are only one-fifth of the American nation. “Black nationalism” within the United States is then only a phony nationalism, and beginning to look like a drive for an aggravated form of coerced parasitism over the white population. The territorial question was at least faced by the Black Belt thesis of the Communist Party of the USA during the 1920s: Black Belt slave counties of the South. There were two grave problems with this doctrine: (a) what do you do with the existing usually majority white population in these areas, and (b) as time has gone on since 1865, more and more blacks have moved out of the historic Black Belt, and have taken over various inner cities in the North.

A second, and more plausible, form of black nationalism is for a separate black nation in currently existing black areas: a New Africa comprised of Harlem, Bedford-Stuyvesant, Detroit, Watts, et al. with its capital the old Washington, D.C., and President Jesse Jackson sitting in the Black House. But then more problems arise. Apart from all the problems of enclaves and access, does anyone really believe that this New Africa would be content to strike out on its own, with no massive “foreign aid” from the U.S.A., and strictly limited migration between the two nations? In a pig’s eye.

Actually, since Malcolm’s preferred term was “African-American” and since this word has now become the PC moniker, it would make the most sense to adopt the solution of early twentieth-century black leader, Marcus Garvey: a mass exodus, a return to West Africa, there to carve out a new black nation, as a people’s exile from the Old Sod is at last redeemed. It is true that in contrast to voluntary immigration, black migration from Africa to America was coerced, and voluntary black “Zionism” or African repatriation was the preferred solution to the black problem for most groups, North and South, before the Civil War. Even now, I bet that many Americans would cheerfully chip in to support such a crusade. But why am I convinced that such a Back to Africa solution, even though it would offer a permanent escape from the alleged horrors of White Racism, is not going to fly, especially among those who aggressively like to refer to themselves as “African-American”? 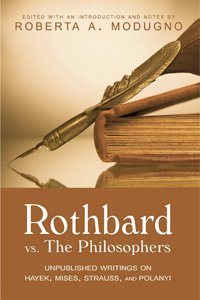 Rothbard vs. the Philo... Check Amazon for Pricing.

In the last analysis, then, it is not Malcolm’s ideas, militant or not, nationalist or not, that continue to fascinate, and to attract followers. Not at all. On the contrary, it was Malcolm as a person who was the great attraction when alive and still is, thirty years after his death. For Malcolm was indeed unique among black leadership, past and present. He did no shuckin’ and jivin’, he was not a clown like “the Rev.” Al Sharpton, he was not moronic like Ben Hooks or Thurgood Marshall, he did not simply threaten Whitey in a loutish manner like the Black Panthers, he was not a fraudulent intellectual with a rococo Black Baptist minister style, like “Dr.” King. He stood out like a noble eagle among his confreres. He carried himself with great pride and dignity; his speaking style was incisive and sparkled with intelligence and sardonic wit. In short, his attraction for blacks was and is that he acted white. It is a ridiculous liberal clich that blacks are just like whites but with a different skin color; but in Malcolm’s case, regardless of his formal ideology, it really seemed to be true.

I had the privilege of seeing Malcolm speak on two occasions in the year before his death. It was a delightful experience. His answers to questions were a match for any political leader, for intelligence and wit. He was, for example, a lot more impressive than Bill Clinton. My favorite memory of Malcolm was the second speech, before a large gathering, when he made mincemeat out of the insufferable Jimmy Wechsler, ex-Communist turned Social Democrat, and beloved columnist and editor of the New York Post. In his speech, Malcolm had spoken of black tenants living in Harlem, while their landlords “lived on the Grand Concourse” (a large, once fashionable street in the west Bronx, then almost exclusively Jewish). In the question period, Jimmy Wechsler bounced up, and pointed out that Malcolm’s remark had “anti-Semitic” implications. “Oh,” replied Malcolm in fine mock indignation: “Are you telling me that only Jews live on the Grand Concourse? Why that’s terrible; that’s ‘segregation’; that needs to be investigated!”

Alexander Gray on Mises Crimes of the Winter Olympics