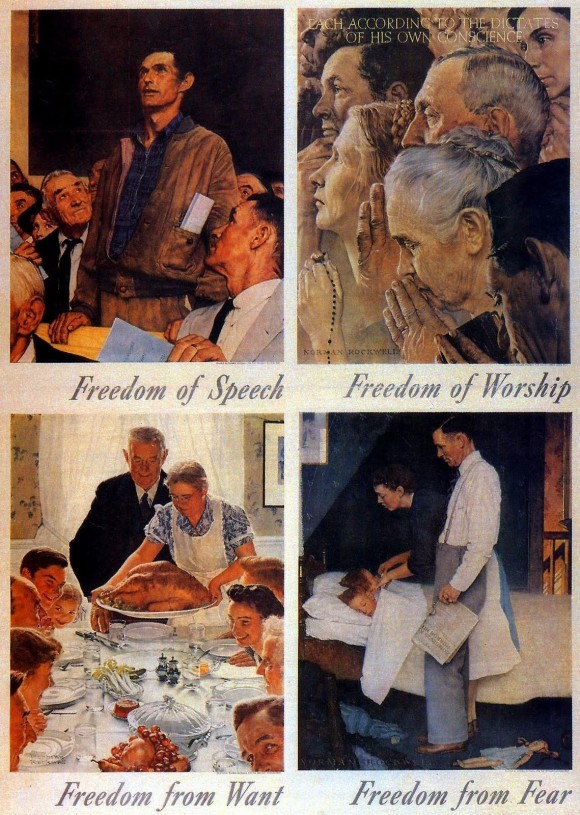 Here are Norman Rockwell’s four famous paintings depicting the Four Freedoms described by President Franklin Roosevelt on January 6, 1941 in his State of the Union Address to the nation. They were expressed as the fundamental democratic principles all people of good will in all countries adhered to as necessary to civilization.

Sadly they today summarize exactly the four seminal principles that the Left vehemently abhor and seek to abolish — in Congress and the federal and state administrative bureaucracies, in the intelligence community deep state and its sub-contractors in the Pentagon’s military industrial complex, in the establishment regime news media, in the Big Tech oligarchs’ Social Media Digital Gulag, in the colleges and universities, in the woke crony corporations, and in the vast K-12 compulsory government schools infrastructure.