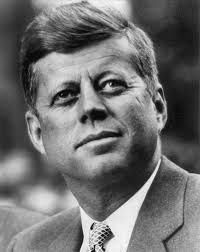 There is an ever-growing scholarly consensus among presidential historians, distinguished political analysts, and JFK assassination researchers that on November 22, 1963, an insidious coup d’état by Vice President Lyndon B. Johnson and the highest echelons of the National Security State was accomplished with the brutal murder of President John F. Kennedy.

This National-Security Establishment’s deep state assassination of President John F. Kennedy was one of the pivotal events in our lifetime, and it continues to have an adverse impact on American life today. Here are an excellent authoritative series of video presentations, documentaries, books, and articles that examine this question.

The National-Security State and the Kennedy Assassination Webinar

JFK: First Betrayed, Then Murdered, By The Deep State

Why Was JFK Killed?

No Military Coups for America? What About November 1963?

JFK vs. the Military

The National Security State and the Assassination of JFK : The CIA, the Pentagon, and the “Peace President”

JFK and the Cold War: Deception, Treachery, and the Struggle for Power

General Curtis LeMay and His War Against the Kennedys

The Bay of Pigs and JFK’s Assassination

LBJ Versus the Kennedys: Means, Motive and Opportunity Leading To November 22, 1963