One Year Ago — Crossing the Rubicon: Thus Begins The Revolution

January 6, 2021 Defenders of the American Republic Besiege the US Capitol to Stop the illegal, Unconstitutional Coup Installing the Usurper Biden. 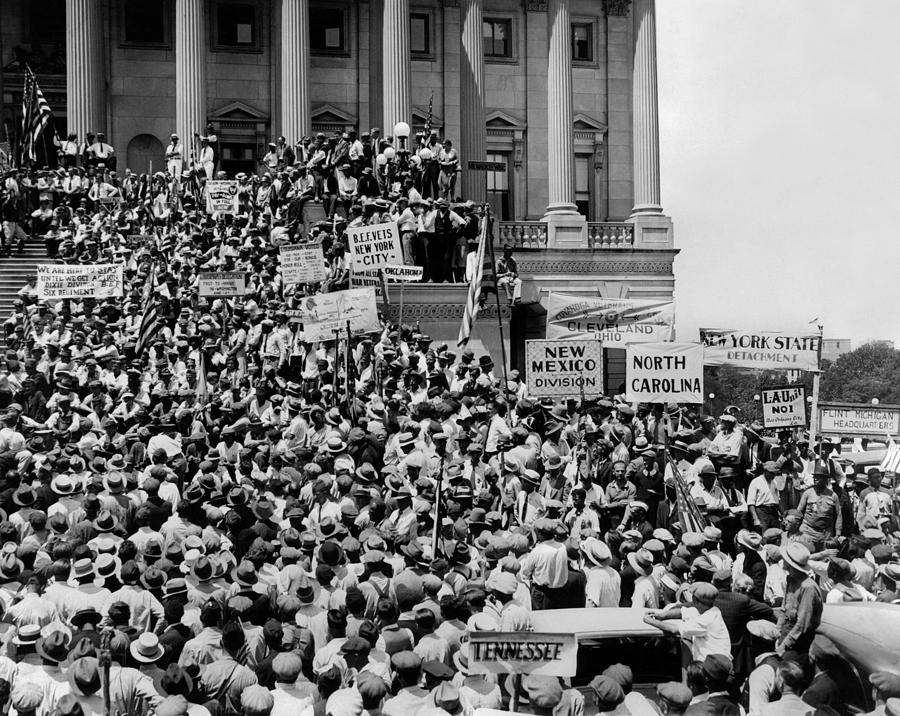 The Bonus Marcher Army Besiege the US Capitol. The Bonus Army was a group of 43,000 demonstrators – made up of 17,000 U.S. World War I veterans, together with their families and affiliated groups – who gathered in Washington, D.C. in mid-1932 to demand early cash redemption of their service certificates. Organizers called the demonstrators the “Bonus Expeditionary Force”, to echo the name of World War I’s American Expeditionary Forces, while the media referred to them as the “Bonus Army” or “Bonus Marchers”.

I originally posted this blog at LewRockwell.com one year ago today. Much has happened in that year but the revolutionary struggle intensifies and continues against the forces of entrenched counter-revolutionary repression of the Usurper Biden regime and its savage assault on American rights and liberties. In this year we have seen the faux confidence and blind deferential trust supposedly engendered by the alleged 2020 electoral victory by the totalitarian Democrats erode to where the ubiquitous chant “Let’s Go Brandon” resounds throughout the land, demonstrating the utter contempt the people hold these electoral thieves and their failed draconian policies on every level.

Should We Publicly Celebrate . . .A Very Nice Letter