Civil Disobedience on My Home Turf

Wonderfully, my area of Michigan has become one of the first bastions of defiance and civil disobedience concerning the purging of small businesses in the restaurant and bar industry. The southern point of Lapeer County is about 75 minutes north of Detroit and it is mostly a red-state zone where most folks don’t play busybody or Lord-and-Master over other people’s lives. It is considered to be a “Thumb County” and not a part of southeast Michigan. Here, multiple restaurants, bars, and … {ahem} … other similar business types refused to close per the arbitrary order, or, they have reopened with a public announcement. Most certainly, I am supporting them. To say that they have community support is an understatement: lines out the door from open to close with wait times at two or three hours. Employees report that times are fruitful, customers are buoyant, and tips are great. We have been tipping at 30%. 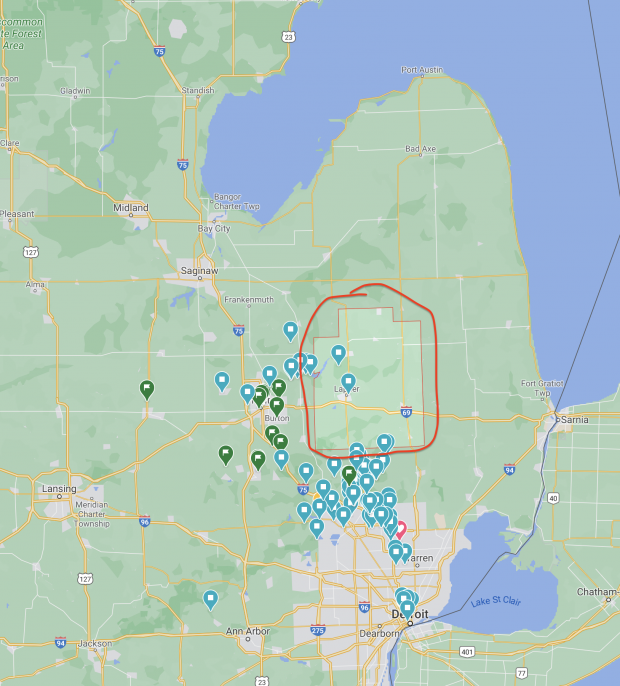 Additionally, hot off the press is a letter from the Vicari family, owners of the wonderful Andiamo Italian restaurants spread throughout southeast Michigan. The Vicaris understand the nature of the political landscape in Michigan and thus they are prepared to reopen on December 9th should the MDHHS attempt to keep extending its arbitrary decree. Joe Vicari is urging the restaurant industry to unite and fight back. Rosalie Vicari published a column in Crain’s Detroit stating the obvious:

Such a simple, little word with such devastating implications.

And yes, in typical Newspeak Whitmer referred to the forced closures as a “pause.”

A Federal Judge ruling could be issued today regarding the Michigan Restaurant and Lodging Association (MRLA) lawsuit filed against the Michigan Department of Health and Human Services (MDHHS). When the state Supreme Court struck down Whitmer’s authority to issue arbitrary decrees, the MDHHS simply reissued the same orders under their own umbrella, thereby forcing restaurants and bars to close for a three week period (until December 9th) that is most certainly to be extended again … and again … and again. Recent history has taught us how that all goes.

Another Biden MiracleOffice of the Stolen Election