Battle Hymn of the Libertarian-Montessori Father 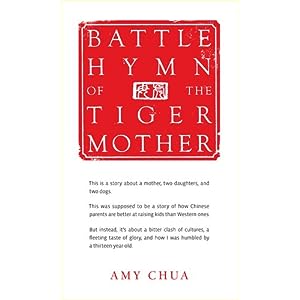 Here are some things my daughters, Sophia and Louisa, were never allowed to do:

I find myself fairly ambivalent about Chua’s ideas and those of her critics. From my superficial look at it, Chua has some good criticisms, but neither she, nor her critics, are approaching the issue of child rearing and education from any systematic, well thought out perspective. I say this as a Montessori parent who admires that systematic and logical approach, and related disciplinary techniques such as those in Redirecting Children’s Behavior, Positive Discipline, and Parenting With Love And Logic. But I think diversity in parenting styles is fine. To each his own.

Here are some things I will never allow to happen to my son: he will not:

To clarify on a few of the above: the kissing item is not serious; it’s based on something Walter Block told me. He attended my son’s baptism reception 7 years ago and told me to kiss him as much as I can now, since as kids get older they make you stop. So I try to get in as many kisses a day as possible.

Re the spanking/punishment line: this is explained in more detail in the 3 books linked above. According to this view the best way to discipline children is with positive discipline, not viewing their behavior that is natural to their age and stage of development as “bad” and in need of punishment, but as in need of development and direction. So in this approach, even non-corporal punishment is avoided; “time out”, which is usually a punishment, is not okay (in this approach) just because it is not corporal; instead, something like “the calm down spot” is used instead, and it is specifically done non-punitively.

The Creepiest Police State in the WorldFishes