A few days ago, Google struck LRC with what they hope is a fatal blow. We get much of our income from advertising. Google sells websites like LRC the use of its advertising platform. This makes money for them: the number 1 libertarian site on the web, according to Yahoo and Alexa, LewRockwell.com has a very loyal, enthusiastic readership, with more than three hundred thousand unique visitors and more than 3 million pageviews per month. Readers tend to be well educated, well informed, and are generally opinion leaders on other websites. Many also have an entrepreneurial spirit.

It also brings money to us. There are about 2.3 million Google searches per second, so advertisers want their products to appear on the Google platform.

You would think this is a deal both Google and LRC would like. But Google doesn’t agree. They have denied us the use of their advertising platform. Why did they do this? They say that LRC is spreading “misinformation.” You have to be suspicious when a profit-making business turns down money, but the mystery clears up when you look at what they don’t like about us.

We oppose “vaccination mandates” and compulsory lockdowns to deal with covid-19.  According to Google, this means we promote “harmful health claims” and that we “contradict authoritative scientific consensus.” We would like to know: What “authoritative consensus”? We have published documented information that the vaccines kill people; in fact, killing people though the vaccine is part of a plot to reduce the world’s population. As Greg Reese pointed out in an article on LRC, “There are seemingly millions who will believe whatever pop culture tells them, including the mass-denial of natural health and immunity, while attempting to criminalize a knowledge base spanning millennia. Corporate pop prostitutes spew talking points for Big Pharma’s mRNA mystery cocktail as the only solution. And if the solution is less people, which is what the elitists have been saying for decades, then they are succeeding. Multiple studies conducted in the UK show that after the vaccine was introduced, COVID deaths increased by over 1000%. And more than half of all COVID deaths and hospitalizations are from the fully-vaccinated. The numbers in New York City are showing the same. Experts in the field, including the inventor of the mRNA technique being used, had been warning about this since the beginning—but silenced by the corporate media.”

The Google overlords don’t think you should read information like this. They don’t want you to hear from experts like Bill Sardi and Dr. Joseph Mercola. Don’t people have the right to make up their own minds, after reading what they want? Google doesn’t agree. They think that if you read people who dissent from their fake consensus, then you might not do what is “good for you” by getting vaccinated. John Milton said in 1645, “Who ever knew truth put to the worse, in free and open encounter?” At first I was going to say, “This isn’t good enough for them,” but that would be wrong. They do agree with Milton. They know what we are saying is true, and that’s why they want to suppress us. They know their lying propaganda won’t prevail if people are free to consult us.

Spreading false medical information isn’t our only sin. As the distinguished economist and Lincoln scholar Tom DiLorenzo says, “They also absurdly said that the articles on this site could ‘undermine participation or trust in electoral or democratic process,’ aka government.  Apparently, criticism of government policy is no longer permitted in America as long as Senile Joe and his merry band of Bolsheviks are in power. Four years of extreme, vitriolic hate, 24/7, on the Google platforms during the Trump administration was all hunky dory of course. Including the false, unreliable, and harmful claims that Trump was a Russian spy/puppet. Talk about undermining trust in ‘democratic process.’” 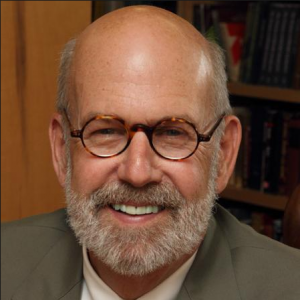 LRC can survive this attack, but only if you help us by your donations. We have been under siege before. The criminal and politicized IRS took away our 501(c) tax exemption when we supported Dr. Ron Paul for president. But we bounced back, and we can do it again with your help. Your donations will not only help us, but they are also blows in the fight against the Biden-Harris “woke” tyranny.

A renowned Ivy League professor wrote this to us: “I’m reaching out because I just saw the infuriating news that Google cut off your advertising income. LRC keeps me from falling into despair over the current state of the world (even as it reveals myriad reasons for alarm) because it is an unshakable venue for speaking truth to power. This may sound dramatic, but I really do feel that as long as there is LRC, there is hope. I just set up a recurring donation to LRC and trust that other grateful subscribers will do the same. Mises’s Tu ne cede malis, sed contra audentior ito has perhaps never been as urgent as at the present moment, at least during my lifetime.” (The professor wanted their name published but I don’t want to bring down the forces of academic tyranny against them.)

We are confident that with your help we can defeat the elitist alliance of Big State, Big Corporations, and Big Pharma arrayed against us. Please donate as much as you can. This is your chance to help the cause of freedom.

Practical Reasons Why Vaccine Injuries Are Rarely Reported The Vapor, the Hot Hat, & the Witches’ Potion