Antifa/BLM Should Be Protesting Against Drug Cartels And Banks

This is a work of fiction, in the form of an interview. It presents a thesis about the protection of high-level criminals.

I lay out the thesis in this fashion, because it’s the fastest and clearest way to get to the heart of the matter.

A reporter interviews a former CIA executive who is fed up and decides to spill many beans.

REPORTER: I recently read a report about an elite elementary school in California. Nine-year-old children were being taught to “explore different aspects of their identity”—especially pertaining to privilege…how their place in society gives them an inherent advantage over “disenfranchised children.” 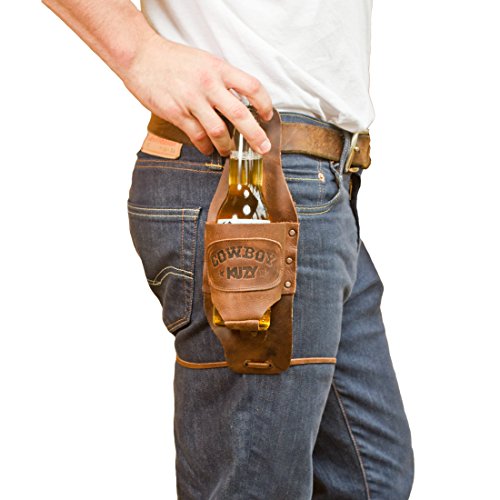 CIA EXECUTIVE: I’m familiar with the situation. In that case, it was Asian kids who supposedly had the privilege. Their higher levels of performance in school were characterized as some kind of “systemic crime.” Usually, this theory is pushed to describe the difference between black and white children. It’s a dead end.

Q: What do you mean?

A: Well, under that theory, you would have to reshape all of society to finally see disenfranchised children rise to their true level. It’s impossible. You would have to brainwash and reprogram everyone. It’s CIA MKULTRA in a new form. Worse, you remove all responsibility from the lower-performing children themselves, their families, their teachers, and their communities. You absolutely refuse to look at what’s actually going on.

Q: What is actually going on?

A: That’s a long story. Let’s take a couple of issues. What is happening in black communities in major cities…police brutality is far from the main problem. Very high up on the list would be GANGS, their violence, their crimes, their shootings, their sale of life-destroying drugs, their recruiting of young children. Gangs make it very difficult for significant investments to come into the economies of those communities. Gangs make neighborhoods and communities into war zones, where people can’t walk down streets without fear. I would advise—don’t talk to men about this. Don’t talk to the men who live in those places. Talk to the mothers who are raising children on their own. Get those mothers to tell you what they REALLY think about the gangs and their effect on people’s lives. Do you ever see that on the news? Many mothers really telling that story as they see it and experience it every day?

Q: How do you solve THAT situation? The gangs.

A: Have you ever wondered why more criminal cases aren’t brought against these gangs? I’m not talking about the prosecution of individuals. I’m talking about big cases.

A: RICO cases, which were made against New York mafia families. Cases filed on the basis of “continuing criminal enterprises.” That’s what RICO is. That’s what it’s for. 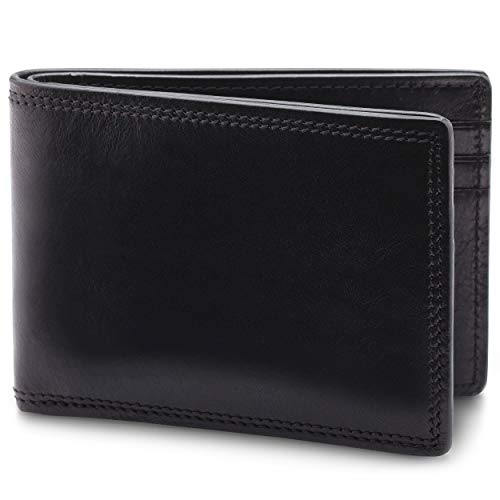 Q: You’re saying RICO charges could work against gangs? As a wholesale strategy? As a way of breaking them up, imprisoning significant numbers of members and leaders?

A: With enough effort, absolutely. It would be revolutionary, in a good sense. Then you would see tremendous positive change in those neighborhoods.

Q: So why aren’t RICO cases being made?

A: How do gangs make their money?

A: Where do the drugs come from? Mexico. Other places. Now we’re talking about drug cartels. Some of these American inner-city gangs are distributors for the cartels. For instance, in Chicago, which has been a major junction for shipping drugs all over the US.

A: The Mexican cartels have to launder their cash. Billions and billions of dollars. Maybe trillions, all told. For that, they need banks. Now we’re talking about very high-level criminals. The banks. Also, major corporations that are strapped for cash. Drug money is available to these corporations. Their stock prices depend on that cash. 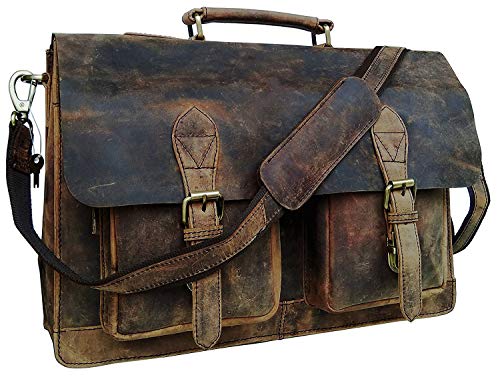 Q: So BLM and Antifa should be protesting against drug cartels and banks.

A: You’re damn right they should. Why aren’t they? Because the money behind BLM and Antifa, and their political connections, are tied into the drug empire. Tied in close enough so it’s “hands off,” leave the gangs alone. Instead, focus everything on protests against the cops.

Q: Antifa and BLM are fronts for the drug empire?

A: Not on the ground level. Antifa and BLM are “diversionary ops.” They’re pushed out there to deflect attention from the biggest problem that’s destroying inner-city black communities: the gangs. And the gangs are left untouched, because they’re part of the massive global drug trade.

Q: We started out talking about the reprogramming of society, on the premise that brainwashing everybody would somehow elevate the performance of “disenfranchised children” and wipe out “privilege.”

A: Right. That’s more than just a diversionary op, but it does serve that purpose. It does deflect attention away from what is literally destroying black communities: gangs.

Q: If you’re right about this, the destruction of inner cities is really an elite program.

A: Well, it is. Of course, the gangs aren’t victims in this plot. It would be a gross mistake to think of them that way. They’re very pro-active. They’re criminal cultures. They aren’t any different from other criminal organizations and mafias.

Q: It’s hard to imagine so many people, including celebrities, are taking BLM and Antifa at face value. No questions asked. 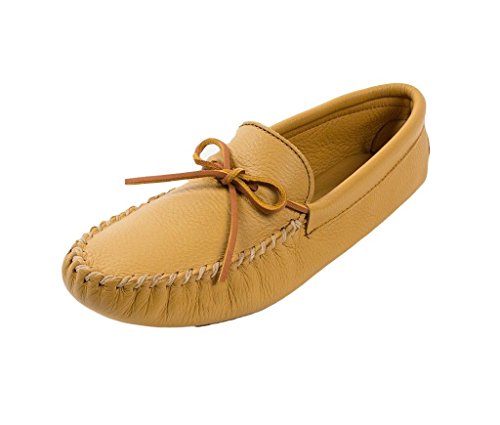 A: Now you’re getting into deeper water. Now you’re getting into a more fundamental level of reshaping society. I’m referring to the overall culture of victimhood. People are programmed to elevate supposed victims into automatic heroes. This means: find a victim and then blame the wrong group for the victim’s plight. Remove every single shred of responsibility from the victim himself. In that way, cripple him. Make him think he can’t rise, he can’t advance, until his oppressors take their hands off his neck. That’s a dead end. Look at the whole college system of education these days. Where is it headed? Every student is programmed to believe he is either a victim or an oppressor.

Q: This would be a new level and scope of the CIA’s MKULTRA program. The mind control program.

A: Yes. Instead of trying to reprogram the thought processes of one individual, do it all at once. For huge numbers of people. It’s based on the premise that you can get many people to feel guilty about SOMETHING, if you harass them long enough. And you can get many people feeling good about being oppressed, if you tell them the oppression is the sole source of their problems. The one thing you leave out is: any individual or group can rise up through their own efforts. Once you go there, the whole mind control program begins to fall apart.

Q: Suppose BLM and Antifa really did begin to protest against drug cartels and banks?

A: Their money would dry up, that’s for sure. It would have to be a bootstrap operation. Very little press coverage. Celebrity supporters would get nervous. And if you brought China into it, and their business of selling opioids to the West, those celebrities would claim total ignorance and run for the hills.

Q: So the oppression of these inner cities, by the gangs and the drug cartels and the banks is very real.

Q: The role of gangs in the drug empire, and the failure to prosecute them through RICO cases…the CIA is aware of this?

A: For a long time, clandestine units of the CIA have facilitated drug trafficking. But many players are aware. In one way or another, they feed at the money trough. They view inner cities as profitable breeding grounds for drug-cartel foot-soldiers. Gangs.

Q: This overall re-programming of society you mention. The cult of victimhood. This is a CIA op?

A: It’s much, much wider than that. As just one example, the entire education system of the country has been enlisted in this op. Think “big government.” After all, who is portrayed as the “rescuer of all the victims?” Government. Right now, in the COVID fraud, who is positioned as the savior of the entire “victimized population?” Government. We’re looking at a long-term power grab, by the government which, by its sheer size and power, has gone light years past what the Constitution permits. And then you look at government, and you see where it’s heading. Toward a global management system. The usual players are involved. World Economic Forum, the Rockefeller forces, Bilderberg, Trilateral Commission, major banks, Big Tech, etc. But their plans depend on their ability to sell the victim-oppressor model, especially in America. That model debilitates the natural human impulse to live and work on the basis of individual freedom.

Q: And the black and Hispanic communities?

A: Designated pawns in this lethal game. Starting with Lyndon Johnson’s War on Poverty, in 1966, those communities have gradually been portrayed as victim-heroes, in order to expand the re-programming of society. In order to turn everything upside down. But again, it does no good to look at one’s self solely as a pawn. People and communities have to rise up through that. Another function of Antifa/BLM: to keep victimhood front and center…

Previous article by Jon Rappoport: My HIV/AIDS Investigation, and the Parallels to the Covid Hoax