U.S. leaders seek to suggest that America still has the power to alter ‘reality’ to fit to its own exceptionalist myth, Alastair Crooke writes.

President Putin in 2007 (at Munich) challenged the West: ‘We didn’t. You did; You continuously attack Russia; but we shall not bend’. The audience sniggered. Now, speaking at (a virtual) Davos this last month, after an absence of twelve years from that forum, President Putin held up a mirror to the key ‘influencers’ of the West: ‘See what you have become in the interim; Look at yourself, and be worried’.

This was not so much a be-gloved slap, prefacing duel-by-weapons-of-choice, but an earnest caution. At its’ bottom is a warning that the socio-economic dynamics set into motion by the western zero-interest, debt-led model have not just thrown swaths of society under the economic bus, but rather, that the internal socio-economic catastrophe is being widely vented at external ‘others’. That is, projected psychically abroad, in a lust to fight imaginary demons. 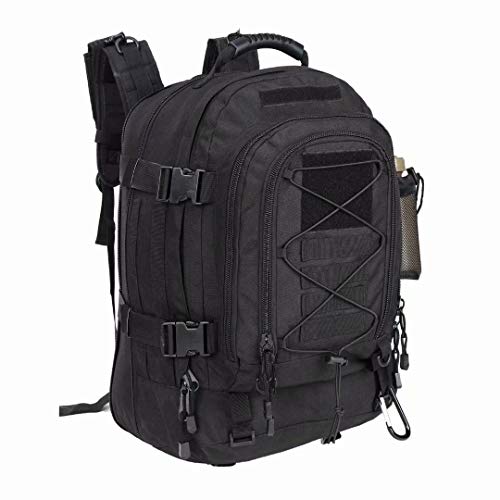 Italy in the 1400s had experienced psychological stresses somewhat similar to todays’ – the upending old ‘myths’, old cultural ties and sources of social cohesion, triggered by the gathering storm of Reformation and Scientific Enlightenment. The new leaders insisted to put old values and the ethos of ‘continuity’ to the auto da fé bonfires of sceptical rationalism’s shiny, new culture. There was then, no China to blame, but the witch and Satan hysteria of that era – a mass collective hysteria – led to some ten thousand Europeans being ‘cancelled’: they were burned alive for clinging to ancient ways (judged to be denials of ‘Truth’). Ultimately the Inquisition was instantiated to condemn and punish heresy.

“This [crisis in the economic models], in turn, is causing today a sharp polarisation of public views, provoking the growth of populism, right- and left-wing radicalism and other extremes … All this is inevitably affecting the nature of international relations, and is not making them more stable or predictable. International institutions are becoming weaker, regional conflicts are emerging one after another, and the system of global security is deteriorating … the differences are leading to a downward spiral”.

“The situation could take an unexpected and uncontrollable turn – unless we do something to prevent this. There is a chance that we will face a formidable break-down in global development, which will be fought as a war of all, against all … And attempts to deal with contradictions through the appointment of internal and external enemies [to scapegoat] the negative demographic consequences of the ongoing social crisis and the crisis of values, could result in humanity losing entire civilisational and cultural continents”.

The existing model, Putin explained, seems to have inverted ‘means and ends’ – Means (as in the Great Re-set’s emphasis on technological – even trans human – instrumentation of the economy) seem to have taken primacy over humans as its Ends.

Yes, globalisation may have lifted billions out of poverty, yet as Putin points out, “it has led to significant imbalances in global socioeconomic development, and these are a direct result of the policy pursued in the 1980s, which was often vulgar or dogmatic”. It has made “economic stimulation with traditional methods, through an increase in private loans virtually impossible. The so-called quantitative easing is only increasing the bubble of the value of financial assets and deepening the social divide. The widening gap between the real and virtual economies … presents a very real threat and is fraught with serious and unpredictable shocks …”. 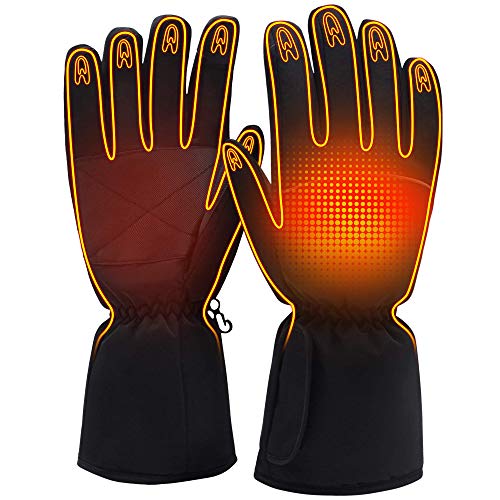 “Hopes that it will be possible to reboot the old growth model are connected with rapid technological development. Indeed, during the past 20 years we have created a foundation for the so-called Fourth Industrial Revolution based on the wide use of AI and automation and robotics. However, this process is leading to new structural changes, I am thinking in particular of the labour market. This means that very many people could lose their jobs unless the state takes effective measures to prevent this. Most of these people are from the so-called middle class, which is the basis of any modern society.”

Putin points out that these flaws, inherent within the western growth model, and the ‘turn’ to Big Tech as salvation, were not specifically caused by the pandemic. The latter nonetheless, has pulled the mask from the face of the economic model, and also exacerbated its noxious symptoms:

“The coronavirus pandemic … which became a serious challenge for humankind, only spurred and accelerated the structural changes, the conditions for which had been created long ago. Needless to say, there are no direct parallels in history. However, some experts – and I respect their opinion – compare the current situation to the 1930s [the Great Depression]”.

Putin hints, but does not say explicitly, that that the pandemic, by aggravating the socio-economic stress, precisely has contributed to the general hysteria (and polarisation) – and the hunt for external enemies (i.e. such as the ‘CCP virus’).

“Modern technological giants, especially digital companies, have started playing an increasing role in the life of society. Much is being said about this now, especially regarding the events that took place during the election campaign in the U.S. They are not just some economic giants. In some areas, they are de facto competing with states. Their audiences consist of billions of users that pass a considerable part of their lives in these eco systems. In the opinion of these companies, their monopoly is optimal for organising technological and business processes. Maybe so – but society is wondering whether such monopolism meets public interests”. 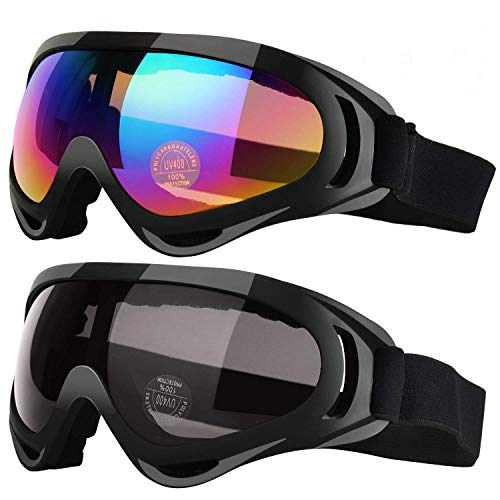 Putin here alludes to something more troubling – the failure of the system-model to deliver on the promise of prosperity and opportunity ‘for all’, and specifically for the less advantaged in society. Can this flaw not be said to be directly related to the rise of Tech soft totalitarianism? Since the systemic nature of the failure cannot be admitted, is it then so surprising there has been a resort to big Tech enforcement of its more favourable version of reality (i.e. one that insists that the systemic failures all derive, rather, from historic racism and injustices, and they will not countenance any dissent from this narrative)?

The core idea here – the response to civic, socio-economic anger – is that a combination of unparalleled monetary injection, radical positive discrimination prioritising non-white identities, plus access to élite oligarchic Tech expertise, will solve most of society’s problems. This is pure ideology. But, unable to deal directly with the evidence of systematic failings and economic ‘rigging’ (that being far too sensitive an issue), western leaders work instead to alter the definition of reality. When you are attempting to extend a make-believe economy by printing more and more debt, in spite of its failed history, it is no wonder you have to silence dissent.

Those then, that do not embrace the propaganda that big Tech and the corporate media relentlessly push, need to be de-platformed, and pushed to the fringes of society. In a striking echo of that earlier Italian era of psychic tensions, the New York Times is now asking for the Biden administration to appoint a “Reality Czar” who will be given authority to deal with “misinformation” and “extremism” (shades of the Inquisition)?

Putin’s speech was a withering de-construction (polite, and very measured) of where we stand – and why. Did his audience hear? And will President Putin’s call for a return to the ‘classic’ economic model; to the real economy; to job creation; comfortable living standards, and education with opportunity for the young, have any impact?

Probably not, unfortunately. One only has to note the European ‘hysteria’ for the quick return to absolute ‘normal’ – to everything being ‘just as it was before’ – and above all, to ‘our summer holidays’. Again Putin alludes, but does not say it: The pandemic has exposed the brittleness, the friability, of European society. It finds hardship impossible to endure (even by those well insulated from the true hardships, which have been real, but only for some: “Worse than WW2, this pandemic”, one veteran said to me this morning!). The space for true (and urgent) structural reforms is disappearingly small.

The future course for the western economies is obvious – one only has to observe the return of (former Fed head) Janet Yellen to the U.S. Treasury; of (former IMF head) Christine Lagarde to the ECB and (former ECB head) Mario Draghi as PM in Italy, to understand that a full blown ‘reflation trade’ is underway. 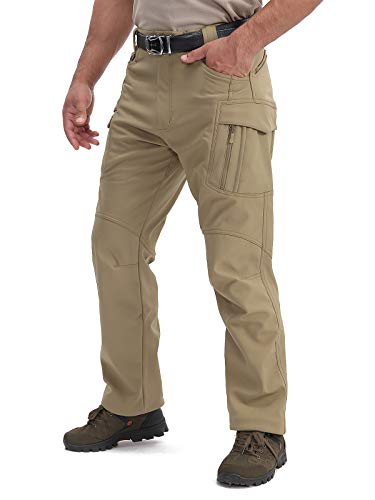 And as for Putin’s caution about “attempts to deal with contradictions through the appointment of internal and external enemies [to scapegoat] the negative demographic consequences of the ongoing social crisis”, this looks no more promising than the financial scene.

Recently, an anonymous former U.S. government official wrote a paper of policy recommendations on China. The Atlantic Council and Politico both published versions of the piece, and they agreed to keep the author’s identity under wraps for reasons known only to them. The Atlantic Council claims that anonymity was necessary because of “the extraordinary significance of the author’s insights and recommendations”. It is not clear however, why they find these insights and recommendations to be so extraordinary – the paper simply is yet another blueprint for regime change (in this case, a coup against the CCP).

Quite possibly, the door to a peaceful resolution of U.S. tensions with China already is closed. China’s intention always has been peacefully, through economic integration, to re-absorb Taiwan into China. It is committed to that. But it seems from Biden Administration statements that it is equally committed to exacerbating the Taiwan autonomy issue sufficiently so that Beijing has no other option, but to annex Taiwan by force (a last resort for Beijing). In the pages of mainstream U.S. media, experts ostensibly regret this, yet nonetheless conclude that America will again ‘be obliged’ to intervene, in order to stop ‘an aggressor state’ from occupying a democratic, American ally.

Again in the context of the U.S. internal tensions, this is more about the fragility of the U.S. psyche at a moment of potential Thucydides’ angst, than of China posing any real threat to America. China will overtake the U.S. economically, at some point. U.S. leaders seek to suggest that America still has the power to alter ‘reality’ to fit to its own exceptionalist myth.

President Putin of course, knows all this, but at least no one can now complain, ‘We were not warned’.

RFK, Jr., Responds to Instagram’s Removal of His AccountPatient Grills Doctor; Off the Record