In our report on Never Trump State Department official George Kent, Revolver News first drew attention to the ominous similarities between the strategies and tactics the United States government employs in so-called “Color Revolutions” and the coordinated efforts of government bureaucrats, NGOs, and the media to oust President Trump.

Our recent follow-up to this initial report focused specifically on a shadowy, George Soros linked group called the  Transition Integrity Project (TIP), which convened “war games” exercises suggesting the likelihood of a  “contested election scenario,” and of ensuing chaos should President Trump refuse to leave office. We further showed how these “contested election” scenarios we are hearing so much about play perfectly into the Color Revolution framework sketched out Revolver News’ first installment in the Color Revolution series. 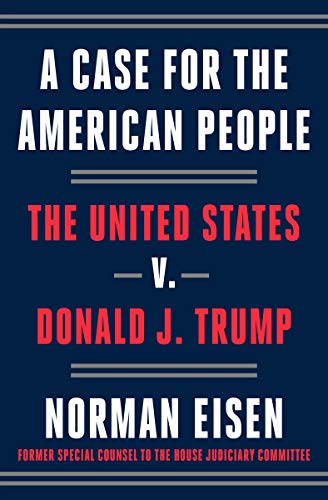 This  third installment of Revolver News‘ series exposing the Color Revolution against Trump will focus on one quiet and indeed mostly overlooked participant in the Transition Integrity Project’s biased election “war games” exercise—a man by the name of Norm Eisen.

As the man who implemented the David Brock blueprint for suing the President into paralysis and his allies into bankruptcy, who helped mainstream and amplify the Russia Hoax, who drafted 10 articles of impeachment for the Democrats a full month before President Trump ever called the Ukraine President in 2018, who personally served as special counsel litigating the Ukraine impeachment, who created a template for Internet censorship of world leaders and a handbook for mass mobilizing racial justice protesters to overturn democratic election results, there is perhaps no man alive with a more decorated resume for plots against President Trump.

Indeed, the story of Norm Eisen – a key architect of nearly every attempt to delegitimize, impeach, censor, sue and remove the democratically elected 45th President of the United States – is a tale that winds through nearly every facet of the color revolution playbook. There is no purer embodiment of Revolver’s thesis that the very same regime change professionals who run Color Revolutions on behalf of the US Government in order to undermine or overthrow alleged “authoritarian” governments overseas, are running the very same playbook to overturn Trump’s 2016 victory and to pre-empt a repeat in 2020. To put it simply, what you see is not just the same Color Revolution playbook run against Trump, but the same people using it against Trump who have employed it in a professional capacity against targets overseas—same people same playbook. 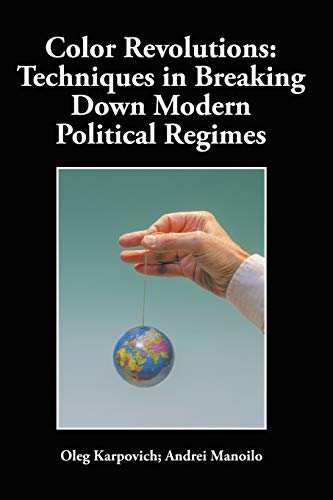 Just what exactly is President Obama’s former White House Ethics Czar (yes, Norm Eisen was Obama’s ethics Czar), his longtime friend since Harvard Law School, who recently partook in war games to simulate overturning a Trump electoral victory, doing writing a detailed playbook on how to use a Color Revolution to overthrow governments? The story of Norm Eisen only gets more fascinating, outrageous, and indispensable to understanding the planned chaos unfolding before our eyes, leading up to what will perhaps be the most chaotic election in our nation’s recent history.