Happy Kwanzaa! The Holiday Brought to You by the FBI

“Our Kwanzaa celebrations are one of my favorite childhood memories. The whole family would gather around across multiple generations and we’d tell stories and light the candles. Whether you’re celebrating this year with those you live with or over Zoom, happy Kwanzaa!”

Post some pictures, Kamala! We’d love to see your Brahmin and Jamaican grandparents sitting around the Kwanzaa candles recalling celebrations way back when they were three or four years younger. (The Washington Post‘s “Fact Checker” should start counting Kamala’s lies!)

Kwanzaa, celebrated exclusively by white liberals, is a fake holiday invented in 1966 (when Kamala was 2 years old) by black radical/FBI stooge Ron Karenga — aka Dr. Maulana Karenga, founder of United Slaves, the violent nationalist rival to the Black Panthers. Liberals have become so mesmerized by multicultural gibberish that they have forgotten the real history of Kwanzaa and Karenga’s United Slaves. 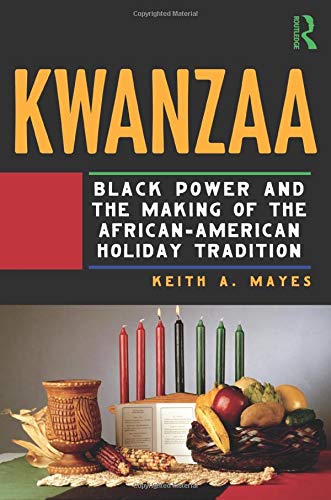 In what was ultimately a foolish gambit, during the madness of the ’60s, the FBI encouraged the most extreme black nationalist organizations in order to discredit and split the left. The more preposterous the group, the better. (It’s the same function MSNBC serves today.)

By that criterion, Karenga’s United Slaves was perfect.

Despite modern perceptions that blend all the black activists of the ’60s, the Black Panthers did not hate whites. Although some of their most high-profile leaders were drug dealers and murderers, they did not seek armed revolution.

Those were the precepts of Karenga’s United Slaves. The United Slaves were proto-fascists, walking around in dashikis, gunning down Black Panthers and adopting invented “African” names. (I will not be shooting any Black Panthers this week because I am Kwanzaa-reform, and we are not that observant.)

It’s as if David Duke invented a holiday called “Anglika,” which he based on the philosophy of “Mein Kampf” — and clueless public school teachers began celebrating the made-up, racist holiday.