The Left’s Final Objective Is Subversion of Western Civilization

As we pointed out previously, the left’s psychological stance is inherently anti-western. This means that the left’s activities are motivated and actuated by its animus toward the values and ways underpinning what we call “Western Civilization.” Driven by its antipathy to it, the left’s ultimate objective is nothing less than the subversion of this socio-political system.

This fact is not always easy to discern, since most of the time evidence of anti-western animus is not readily obvious. Nor is it admitted to by most of those who harbor it. It is especially difficult to detect by observers who are not aware of its existence in the first place. To conceal their true motives, those on the left have consistently claimed that their deeds are inspired by love, compassion and other such noble motives. Many well-meaning people either believe such claims or at least give them the benefit of the doubt. They do not carefully analyze the left’s actions and thus fail to recognize their corrosive effect on their society and civilization at large. What makes it difficult for unsuspecting people to see the truth is their inability to imagine that the activities some of their fellow citizens could be fueled by hatred of their own culture and community. Then there are those who sense that something is not quite right, but they lack the intellectual framework to properly grasp or articulate what may be wrong with leftists and their works. 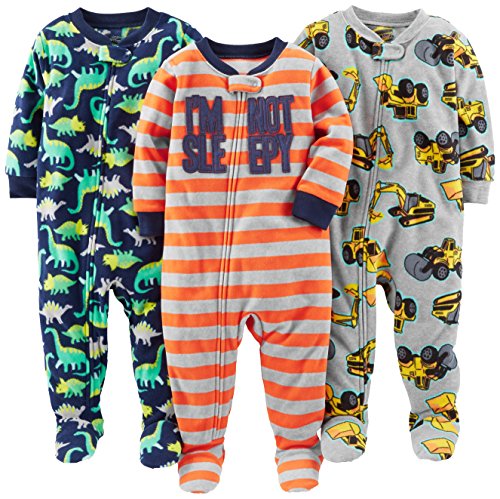 Only a relatively small sliver of the left is honest about their true feelings and goals. There are few who openly confess their aversion to the Western way of life and their desire to do away with societies that practice it. These honest elements, however, are usually seen only as an extremist minority residing on the far fringe of the spectrum. But this is not the case. The haters of the West do not constitute merely some small clique on the left. They are only more sincere than their ideological compadres who disingenuously conceal their aversion toward western ways under the false façade of love, compassion, tolerance and such. The truth behind their motives is actually the exact opposite of their claims.

Note: Not all those on the left are driven by active hatred of their Western heritage. There are some individuals who get involved with leftist causes because they have been deceived, or they are confused, or they want to appear to be good and caring people. In other words, they fall into the category Lenin used to call “useful idiots.”

In the spring of this year something very revealing happened. The hostile effervescence of the anti-western animus which had been building up in the left’s collective psyche for decades, mostly under the surface and largely unnoticed by most, suddenly erupted with great force. The trigger was the death of George Floyd in Minneapolis during his arrest on May 25. The incident broke the sluice gate lock, as it were, and the accumulated reservoir of pugnacious energy began rushing into the left’s entrails in one great stream.

Sensing blood and supercharged with the overflow of destructive spirit, the left sprang into action. Having perceived that our troubled, crisis-ridden civilization was weak, the left threw away the gloves and went for the jugular. Baring its teeth and moving in for the kill, it dropped its mask of goodness to reveal its ugly face. Suddenly it became all too obvious that the left is neither compassionate, nor loving, nor tolerant nor inclusive. Now everyone with the eyes to see could recognize that, rather than being loving and compassionate, the left is actually violent, destructive, hateful, oppressive, angry, censorious and intolerant. In addition, the latest election also exposed them as shameless fraudsters and cheats. What also became very clear was that these qualities do not only define the fringes but run all the way through the left’s core and center. They were on ample display all across the field – from the vandals on the streets, through suave media figures like Anderson Cooper to powerful politicians like Kamala Harris and all in between. In the process we witnessed billionaire owners of social media platforms overseeing brazen forms of censorship while sophisticated intellectuals kept churning out blatant lies about the nature of this deleterious movement. 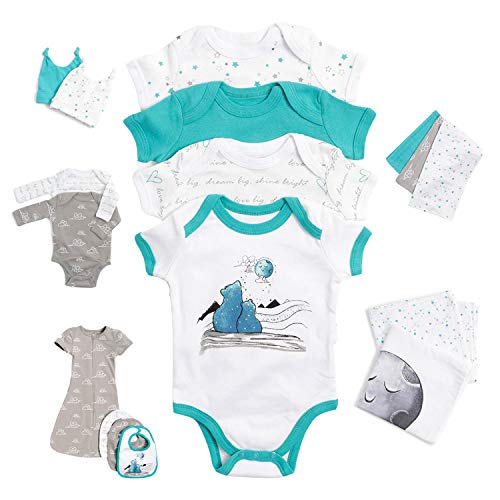 Weakened societies are almost invariably brought down by violence. Thus it was that violence became the focus and the centerpiece of the left’s efforts the moment it erupted with such force in late May. The left correctly perceived that in order to achieve its objective of societal subversion, the violence had to be intensified and prolonged for as long as possible. Consequently, all the elements of the left’s juggernaut began working synergistically in unison toward this goal. To begin with, it was imperative that regular citizens not become fully aware of the extent of the violence and the damage it was causing. The idea was to keep concerned Americans from rising up and demanding the end of it by putting pressure on politicians and law enforcement. It was for this purpose that the mainstream media kept describing the riots as “the mostly peaceful protests” and carefully avoided broadcasting footage of devastation and mayhem. Even as America was being torn apart by the most violent internal upheaval in its history – which the insurance industry declared “a catastrophe” across multiple states – many people had no real idea of what was happening, thanks to the successful concealment efforts of the mainstream media outlets.

The media was deftly seconded by leftist intellectuals who provided both justification and cover. Among the many examples we could list, we just mention the world-renowned academic Noam Chomsky who managed to utter the following words with a completely straight face:

“The Black Lives Matter protests which is a huge, incredible development: the biggest social movement in American history. A huge number of people involved spontaneously, solidarity black and white together, constructive goals, develop good programs, really great things happening… At the fringes they are people who are breaking windows, intimidating somebody at the restaurant… Things like this shouldn’t be happening, but that’s not what’s going on. What’s going on is a massive, non-violent, constructive social movement.”

That was a blatant lie by Professor Chomsky. No other movement in the history of this country has wrought more damage than the 2020 riots. The only domestic event that has caused more destruction in America was the Civil War. 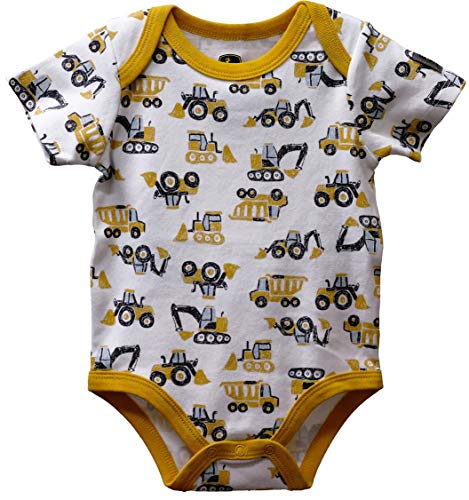 For their part, leftist politicians on all levels did their best to lend their support and give encouragement to the vandals and subversives who were laying waste to American cities and terrorizing communities up and down the country. This they did in two main ways. First, they tied the hands of law enforcement so that law and order would not be restored. In a truly surreal twist of reality, they managed to make the police the object of reprobation while the looters and arsonists the police were trying to restrain were cast as righteous warriors in the cause of social justice. In some places they went so far as to accommodate the rioters’ demand of defunding the police. Secondly, the politicians would signal to rioters to continue their work and, at times, they would even urge them to step it up further. A notable instance of this was the democratic vice-presidential candidate Kamala Harris who in an online interview with Stephen Colbert encouraged and stimulated the rioters with these words:

To see where leftists really stand contemplate this fact: as of today, no major figure on the left has either condemned the violence or called for prosecution of those responsible for the injuries, damage and deaths that have occurred as a result of it.

To further their cause, the woke operatives in Big Tech did their part by imposing severe censorship on those who tried to document and expose what was actually taking place. By the summer of 2020 cancel culture reached unprecedented proportions. Conservative posts and their authors were being purged from platforms of public discourse in a systemic manner. Those of social media accounts were blocked or cancelled for simply stating the truth. Many of those who objected to the left’s methods were harassed, threatened, assaulted, fired from their jobs and had their reputations ruined.

The true nature and goal of the “protest” movement should become clear once we recognize the glaring falsity of its purported cause. Spearheaded by BLM, the riots were cast as a righteous uprising against systemic racism that allegedly runs rampant the United States. The problem with this claim is that it is simply not true. The exact opposite is, in fact, the case. Rather than being a racist country, the United States has made its black people the most advantaged and privileged minority in history. Blacks in America enjoy a whole array of privileges and benefits that are unavailable to the rest of population. Reverse discrimination is a common practice in education, government employment and other areas of life. In the last twelve years America has elected a black president twice and if the initial result of the 2020 presidential election stands, America will have a black vice-president next year. Given the advanced age of Joe Biden – who would be 82 years old at end of his first term – it is quite likely that Kamala Harris will be called upon to ascend to the presidency at some point during his term in office. If this likely scenario does indeed take place, America will have had two black presidents in three out of the last four presidential cycles. Moreover, Harris would also have the honor of being the first female president in the history of the United States. Could anything like this ever happen in a racist country? The truth is that both Barrack Obama and Kamala Harris ascended to the very pinnacle of the American power structure because they are black. Given their modest accomplishments prior to their spectacular rise to the top, they would not get anywhere close to the Oval Office if they were white. The black color of their skin was not an obstacle. Quite to the contrary, it was their advantage and a ticket to success. So much about America being a racist society.

To any sane person it must be amply obvious that the protest/riot movement that shook America to its core in 2020 was launched and conducted on a fraudulent basis and under false pretenses. Rather than intended to right a non-existent injustice, the purported cause of racism was only a cover for an entirely different agenda and goal. The agenda was the destabilization of American society and the goal its overthrow.

We will continue this discussion in the next installment and show how the left exported this agenda to other western nations in an effort to effect wider civilizational subversion.

An Open Letter to My Armenian FamilyThere Is Foretelling of a Dark Winter: The Real Plan Is for a Dark Year, Dark Decade, Dark Century