Michigan State Attorney General Dana Nessel has attributes of a Nazi.  She, like Washington Post columnist Randall D. Eliason, wants to falsely prosecute attorneys who represent those making challenges to the election. She also wants to prosecute election officials who refuse to certify until irregularities are properly dealt with, and she wants to prosecute Pennsylvania Republican state officials who met with Trump at the White House. In other words, Dana Nessel has proved herself unfit for any public office by her effort to weaponize law for her political agenda.

Matthew Brann, a federal district judge appointed by Obama, refused to accept Giuliani’s lawsuit against the Pennsylvania election fraud.  The judge was not content to deny the case a hearing.  He used the occasion for a propaganda attack, demonizing the lawsuit, based on affidavits from witnesses who signed under penalty of perjury, as “speculative accusations unsupported by evidence.”  The judge knows full well that affidavits are always evidence.  So we now have an Obama federal judge who for political purpose pretends to be thoroughly ignorant of law and not know that affidavits signed under penalty of perjury are always evidence.

The presstitutes are not interested in Brann’s extraordinary pretense of utter ignorance, which if true would disqualify him as a judge.  Instead they are using his ignorant pronouncement as “proof” that the legal team has no evidence.

Democrats, who share Dana Nessel’s determination to weaponize law and destroy democracy, are pushing Biden, if he becomes president, to prosecute Trump and his supporters.  Rep. Bill Pascrell, Democrat from New Jersey, declared that “Donald Trump along with his worst enablers must be tried for their crimes against our nation and Constitution.”  If this sounds like a South American banana republic, that is what the Democrats are turning us into.

Attempting to prosecute Trump, of course, is what the Democrats have been doing for four years with Russiagate and Impeachgate without any evidence.  Clearly, the Democrats envison a one-party state under them in which the abuse of law for political purpose to which they are giving birth cannot, in turn, be used against them.  The Democrats are greasing the skids for America to become the most corrupt country on earth.

For several years the World Ecnomic Forum, an elite organization, has been hyping the need for the “Great Reset”.  The Great Reset requires tremendous authoritarian power.

The elite organization has hosted meetings, the purpose of which is to make the Reset seem inevitable, and has a book published on the Great Reset.  The appearance of Covid was used as added reason for the Reset.

But no sooner than Klaus Schwab, a leading exponent of the Great Reset, explained it to the Chicago Council on Global Affairs than the New York Times denied the very existance of such a thing, calling it a “far-right conspiracy theory”

Perhaps the NY Times’ faux journalists—they don’t have any real ones—got confused, thinking that the word was getting out on an elite plot and moved to squash knowledge of the plot, not realizing that the WEF is hyping the Reset as part of the sell. 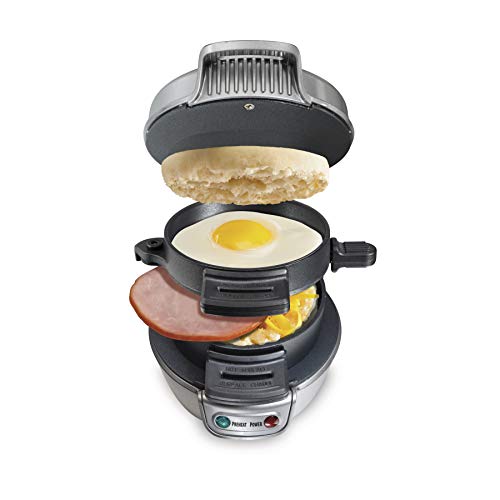 Americans are faced with a so-called Democrat political party that has abandoned America’s democratic ways. Democrats have made a power grab for ideological purposes that are hostile to principles such as election integrity which is essential for democracy.  Americans are also faced with the absence of a media that serves as watchdog and reports objectively.  Without objective reporting, Americans are denied the information that democracy requires to function. Instead, the media controls explanations for the Democrats that support the Democrats’ power grab.  The picture is clear that both Democrats and media have abandoned democracy because democracy is a check on their agenda. They value their agenda more than they value democracy, and they are going to force their agenda down our throats whether we want it or not.

According to polls, a majority of Americans believe the November 3 election was stolen by the Democrats.

If the Democrats succeed with their theft, whatever is left of public confidence in American institutions will evaporate.  After Clinton’s lies, 9/11, Saddam Hussein’s weapons of mass destruction, Assayd’s use of chemical weapons, Iranian nukes, Russian invasions, Russiagate, Impeachgate, Covid, and now a stolen presidential election, confidence in government must be close to nonexistent.  When there is no confidence raw power takes over.  If Democrats get away with their theft of the election, we will have crossed the Rubicon.

Despite the evidence of election fraud, the Democrats have a good chance to succeed with their theft.  First of all, we all know that the media will not present the case against the Democrats.  The media will continue to deny that hundreds of affidavits are evidence.  Most Americans will never hear the story of the extraordinary audacity that stole a presidential election.

Second, Trump is a populist, and few populists in America have ever succeeded at the national level.  Populists are in the way of the elite who have more money and more influence.  From the media’s perspective, Trump’s majority are “deplorables”–racists and misogynists who must be overthrown.  The fact that Trump is a Republican does not mean that he has the support of the Republican Party.  Republicans have just as many feet in the establishment as Democrats have.  To the establishment Trump is an outsider and, thereby, a potential threat to their interest, just as his intention to normalize relations with Russia was seen by the military/security complex as a threat to their budget and power.

The absence of any Republican Party support for Trump is obvious in the failure of the Barr Justice Department to bring (1) any indictments against the government officials who orchestrated the Russiagate hoax and committed federal felonies, (2) any indictments against Biden and his son for the corruption evidenced in Hunter Biden’s laptop in the hands of the FBI, and (3) the lack of any Justice Department interest in obvious election fraud backed up by hundreds of affidavits.

The Republican Establishment has hung Trump out to dry and is urging him to concede.

A minority of Republican voters themselves, although they regard the election as stolen, nevertheless believe that Trump should concede and thereby preserve the undeserved reputation of “American Democracy.”  These feeble-minded people think that it is not democracy itself that is at risk, but America’s reputation.

Over the course of my life I have watched the politicization of the federal judiciary.  Judges are no longer appointed because they are competent to interpret law according to the intent of Congress and the Constitution. They are appointed according to whether they do or do not support abortion, racial and gender quotas, homosexual marriage, open borders, amnesty for immigrant-invaders, the globalist agenda, and so forth.  The American judiciary is chosen according to which party’s agendas are ascendant.  This is the way countries are destroyed.

Consider:  if federal district judge Matthew Braun truly believed that Trump’s legal team’s Pennsylvania lawsuit is invalid, the partisan judge would accept the case and let its falsity be proven in court. What better way to dispose of the charge?  That he closed the court to the case despite majority opinion of the public that the election was stolen is proof that he knows the lawsuit is grounded in evidence.  So he suppresses the case instead of trying it.

When it is not only the Democrat Party and media who don’t respect evidence but also federal courts, the basis for evidence -based law no longer exists. Instead, law is based on power.  Who has power has the law.

The country that the Democrats and media are birthing will not know justice.