From Syria to Libya to Nagorno-Karabakh, this new method of military offense has been brutally effective. We are witnessing a revolution in the history of warfare, one that is causing panic, particularly in Europe.

In an analysis written for the European Council on Foreign Relations, Gustav Gressel, a senior policy fellow, argues that the extensive (and successful) use of military drones by Azerbaijan in its recent conflict with Armenia over Nagorno-Karabakh holds “distinct lessons for how well Europe can defend itself.”

Gressel warns that Europe would be doing itself a disservice if it simply dismissed the Nagorno-Karabakh fighting as “a minor war between poor countries.” In this, Gressel is correct – the military defeat inflicted on Armenia by Azerbaijan was not a fluke, but rather a manifestation of the perfection of the art of drone warfare by Baku’s major ally in the fighting, Turkey. Gressel’s conclusion – that “most of the [European Union’s] armies… would do as miserably as the Armenian Army” when faced by such a threat – is spot on. 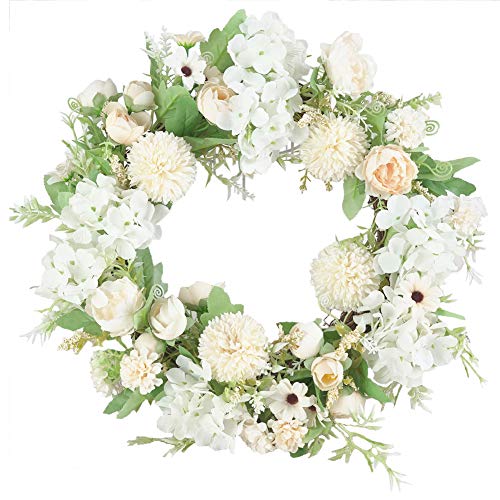 What happened to the Armenian Army in its short but brutal 44-day war with Azerbaijan goes beyond simply losing a war. It was more about the way Armenia lost and, more specifically, how it lost. What happened over the skies of Nagorno-Karabakh – where Azerbaijan employed a host of Turkish- and Israeli-made drones not only to surveil and target Armenian positions, but shape and dominate the battlefield throughout – can be likened to a revolution in military affairs. One akin to the arrival of tanks, mechanised armoured vehicles, and aircraft in the early 20th century, that eventually led to the demise of horse-mounted cavalry.

It’s not that the Armenian soldiers were not brave, or well-trained and equipped – they were. It was that they were fighting a kind of war which had been overtaken by technology, where no matter how resolute and courageous they were in the face of the enemy, the outcome was preordained – their inevitable death, and the destruction of their equipment; some 2,425 Armenian soldiers lost their lives in the fighting, and 185 T-72 tanks, 90 armored fighting vehicles, 182 artillery pieces, 73 multiple rocket launchers, and 26 surface-to-air missile systems were destroyed.

A new kind of warfare

What happened to Armenia was not an isolated moment in military history, but rather the culmination of a new kind of warfare, centered on the use of unmanned aerial vehicles (UAVs, or drones). Azerbaijan’s major ally in the war against Armenia – Turkey – has been perfecting the art of drone warfare for years, with extensive experience in full-scale modern conflict gained in recent fighting in Syria (February-March 2020) and Libya (May-June 2020.)

Over the course of the past decade, Turkey has taken advantage of arms embargoes imposed by America and others which restricted Ankara’s access to the kind of front-line drones used by the US around the world, to instead build from scratch an indigenous drone-manufacturing base. While Turkey has developed several drones in various configurations, two have stood out in particular – the Anka-S and Bayraktar. 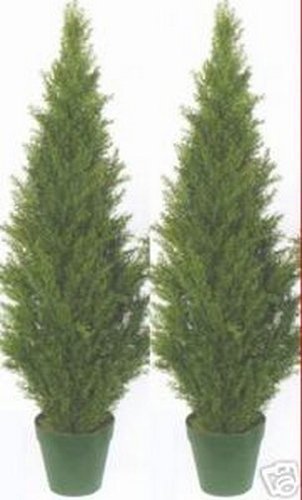 While the popular term for the kind of drone-centric combat carried out by Turkey is “drone swarm,” the reality is that modern drone warfare, when conducted on a large scale, is a deliberate, highly coordinated process which integrates electronic warfare, reconnaissance and surveillance, and weapons delivery. Turkey’s drone war over Syria was managed from the Turkish Second Army Command Tactical Command Center, located some 400km away from the fighting in the city of Malatya in Turkey’s Hatay Province.

It was here that the Turkish drone operators sat, and where they oversaw the operation of an integrated electromagnetic spectrum (EMS) warfare capability designed to jam Syrian and Russia air-defense radars and collect signals of military value (such as cell phone conversations) which were used to target specific locations.

For every $1 in losses suffered by Turkey, Syria lost approximately $5

The major systems used by Turkey in this role are the KORAL jamming system and a specially configured Anka-S drone operating as an airborne intelligence collection platform. The Anka-S also operated as an airborne command and control system, relaying targeting intelligence to orbiting Bayraktar UAVs, which would then acquire the target visually before firing highly precise onboard air-to-surface rockets, destroying the target. When conducted in isolation, an integrated drone strike such as those carried out by Turkey can be deadly effective; when conducted simultaneously with four or more systems in action, each of which is capable of targeting multiple locations, the results are devastating and, from the perspective of those on the receiving end, might be likened to a deadly “swarm.”

The fighting in Syria illustrated another important factor regarding drone warfare – the disparity of costs between the drone and the military assets it can destroy. Turkish Bayraktar and Anka-S UAV’s cost approximately $2.5 million each. Over the course of fighting in Syria’s Idlib province, Turkey lost between six and eight UAVs, for a total replacement cost of around $20 million.

In the first night of fighting in Syria, Turkey claims (and Russia does not dispute) that it destroyed large numbers of heavy equipment belonging to the Syrian Army, including 23 tanks and 23 artillery pieces. Overall, Turkish drones are credited with killing 34 Syrian tanks and 36 artillery systems, along with a significant amount of other combat equipment. If one uses the average cost of a Russian-made tank at around $1.2 million, and an artillery system at around $500,000, the total damage done by Turkey’s drones amounts to some $57.3 million (and this number does not include the other considerable material losses suffered by the Syrian military, which in total could easily match or exceed that number.) From a cost perspective alone, for every $1 in losses suffered by Turkey, the Syrians lost approximately $5. 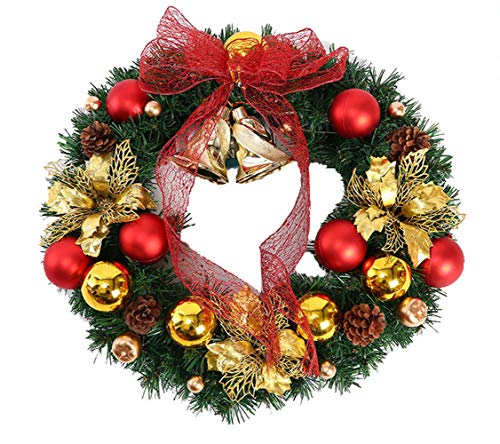 Turkey was able to take the lessons learned from the fighting in Idlib province and apply them to a different theater of war, in Libya, in May 2020. There, Turkey had sided with the beleaguered forces of the Government of National Accord (GNA), which was mounting what amounted to a last stand around the Libyan capital of Tripoli. The GNA was facing off against the forces of the so-called Libyan National Army (LNA), based out of Benghazi, which had launched a major offensive designed to capture the capital, eliminate the GNA, and take control of all of Libya.

How to capture half a country

The LNA was supported by the several foreign powers, including Egypt, the United Arab Emirates, and Russia (via Wagner Group, a private military contractor.) Turkey’s intervention placed a heavy emphasis on the integrated drone warfare it had perfected in Syria. In Libya, the results were even more lop-sided, with the Turkish-backed GNA able to drive the LNA forces back, capturing nearly half of Libya in the process.

Both the LNA and Turkish-backed GNA made extensive use of combat drones, but only Turkey brought with it an integrated approach to drone warfare. Observers have grown accustomed to the concept of individual US drones operating freely over places such as Iraq, Yemen, and Afghanistan, delivering precision strikes against terrorist targets. However, as Iran demonstrated this past May, drones are vulnerable to modern air-defense systems, and US drone tactics would not work over contested airspace.

Likewise, the LNA, which made extensive use of Chinese-made combat drones flown by UAE pilots, enjoyed great success until Turkey intervened. Its electronic warfare and integrated air-defense capabilities then made LNA drone operations impossible to conduct, and the inability of the LNA to field an effective defense against the Turkish drone operations resulted in the tide of battle rapidly shifting on the ground. If anything, the cost differential between the Turkish-backed GNA and the LNA was greater than the $1-to-$5 advantage enjoyed by Turkey in Syria.

The big players – the US, Russia & China – are playing catch-up 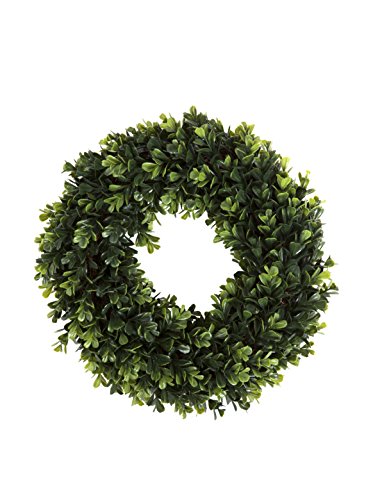 By the time Turkey began cooperating with Azerbaijan against Armenia in September 2020, Turkish drone warfare had reached its zenith, and the outcome in Nagorno-Karabakh was all but assured. One of the main lessons drawn from the Turkish drone experiences in Syria, Libya and Nagorno-Karabakh is that these conflicts were not fought against so-called “poor countries.”

Rather, the Turks were facing off against well-equipped and well-trained forces operating equipment which closely parallels that found in most small- and medium-sized European countries. Indeed, in all three conflicts, Turkey was facing off against some of the best anti-aircraft missile defenses produced by Russia. The reality is that most nations, if confronted by a Turkish “drone swarm,” would not fare well.

And the multiple deployment of drones is only going to expand. The US Army is currently working on what it calls the “Armed, Fully-Autonomous Drone Swarm,” or AFADS. When employed, AFADS will – autonomously, without human intervention – locate, identify, and attack targets using what is known as a “Cluster Unmanned Airborne System Smart Munition,” which will dispense a swarm of small drones that fan out over the battlefield to locate and destroy targets.

China has likewise tested a system that deploys up to 200 “suicide drones” designed to saturate a battlespace and destroy targets by flying into them. And this past September, the Russian military integrated “drone-swarm” capabilities for the first time in a large-scale military exercise.

The face of modern warfare has been forever altered, and those nations that are not prepared or equipped to fight in a battlefield where drone technology is fully incorporated in every aspect of the fight can expect outcomes similar to that of Armenia: severe losses of men and equipment, defeat, humiliation and the likely loss of their territory. This is the reality of modern warfare which, as Gustav Gressel notes, should make any nation not fully vested in drone technology “think – and worry.”

Scott Ritter is a former US Marine Corps intelligence officer and author of 'SCORPION KING: America's Suicidal Embrace of Nuclear Weapons from FDR to Trump.' He served in the Soviet Union as an inspector implementing the INF Treaty, in General Schwarzkopf’s staff during the Gulf War, and from 1991-1998 as a UN weapons inspector. Follow him on Twitter @RealScottRitter