What Are We Going to Say To The Children?

What do we say to our children as the future collapses in front of them? As a generation sees its future slip away, how do we explain what has been stolen from them? People are suffering. Children are suffering. Young adults are suffering, and things seem destined to get much worse.

We have been destroying their future for decades. But now we are collapsing their social lives, limiting their freedom of movement, and even forcing them to breathe through masks, effectively muzzling them. Through the pandemic’s fear and panic, we will not even allow them to go to school. Hugging each other—forget about it.

The Centers for Disease Control and Prevention (CDC) revealed that young adults aged 25-44 years saw the most massive increase in “excess” deaths from previous years, a stunning 26.5% jump. The notable increase even surpassed the jump in excess deaths of older Americans, who are at much higher risk of COVID-19 fatality. Moreover, according to the CDC, 100,947 excess deaths were not linked to COVID-19 at all. 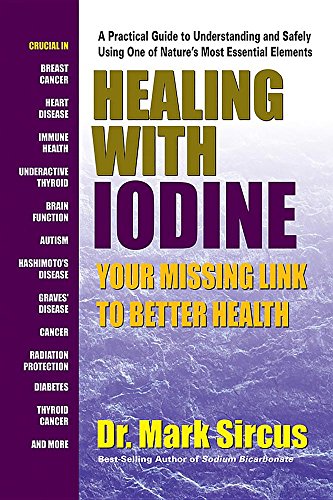 Since such young people are at very low risk for COVID-19 fatality—20-49-year-olds have a 99.98% chance of surviving the virus, per CDC data—it has been suggested that the shocking increase in deaths is attributable primarily to deaths of “despair,” or deaths linked to our “cure” for the disease: lockdown measures.

It is a new form of murder. So many dead already, yet this is just the beginning. We have a story of untold human desperation in the face of enormous economic disruption and rising poverty and hunger. Instead of the world’s populations coming out with pitchforks and guns with their hatred correctly focused, we have massive confusion, doubt, and fear.

“What do I tell my children when they look at me with hungry bellies, especially my 11-year-old son?” said Barrera, who is an immigrant from South America, came to the US two decades in search of the American dream.

Now the dream is dead as the virus-induced recession has crushed millions of low-income folks into financial doom.

“It breaks my heart. I’m their father. I’m supposed to feed them,” he said.

The United Nations claims that as many as 260 million people will be on the verge of starvation by year’s end. Perhaps that is a vast understatement! What are we going to say to all these people? How can we explain why government officials listen to idiotic health officials who have no real idea about what we should be doing to fight the virus. There is no consensus and little to no listening between health officials and doctors on the front lines who, by the thousands, are calling for an end to the malicious lockdowns.

As prices soar on everything from sugar to cooking oil, millions of working-class families that had already been forced to scale back food purchases in the pandemic are being thrust deeper into financial distress. The Bloomberg Agriculture Spot Index, a gauge of nine crop prices, has risen 28% since late April to its highest level in more than four years.

“As the COVID-19 crisis continues, the number of food-insecure children is growing at an alarming rate,” the letter signed last week by 14 military veteran members of Congress and sent to the United States Department of Agriculture (USDA), “bringing into reality the long-term dangers of leaving children malnourished.” Without full-time in-person instruction, students who otherwise would have received free or reduced breakfast, lunch, snacks, and sometimes dinner from their districts are now food insecure for up to 15 of the 21 weekly meals.

What do we say to the children when health officials have done nothing but lie, delay, obfuscate, and oversell the threat of this virus? How do we explain how arrogant people can be, or how is it possible for people in authority to ignore the crucial opinions of others? How do we explain that there are people so evil and full of hate for humanity that they would kill off over 7 billion of us?

Story after story includes the assumption that the coronavirus is everything. It is all-important. Anything and everything can be justified for the sake of getting control of a virus. When kids are hungry, do you have the courage to tell them this with a straight face?

Jeffrey A. Tucker, Editorial Director for the American Institute for Economic Research, wrote, “The worst case is school closings. They were shut down at the same time all over the world, despite evidence available since at least January that the threat to children is nearly zero. Yes, they do get COVID almost entirely asymptomatically, which is to say they do not get “sick” in the old-fashioned sense of that term. What’s more, they are highly unlikely to spread it to adults precisely because they do not have symptoms. This is widely admitted. Still, governments decided to wreck kids’ lives for an entire season.”

“Social distancing requirements, mask mandates, and daily temperature checks. Quarantine and isolation. Online learning glitches. Campus Black Lives Matter protests. Anxiety over whether to join partiers or hole up in dorm rooms or at home to stay safe. This is freshman year 2020 for many college students nationwide,” writes the Associated Press.

“There is a lot of stress and distress among students now,” said Mary Ann Takemoto, interim vice president of student affairs at Cal State Long Beach near Los Angeles, where most classes are online. Freshmen, in particular, “feel a little more fragile” than usual. “They feel overwhelmed by a lot of things going on as we approach this election. There’s this increasing national anxiety,’’ she said.

“COVID-19 kills people—like scores of other diseases—but not people who are of working age, and absolutely not people under 30. This is a highly destructive hysteria, and we don’t know when it’s going to end. What we do know is that the hysteria is changing the entire nature of life,” says Doug Casey.

“No gatherings over 15 people. Everyone’s mental health is crumbling. Nobody is even sick and those who quarantine follow the rules. School requires asymptomatic testing and there’s no end in sight . My guy and girl friends are all miserable . So many have been like this is prison we can’t do anything. All bars closed in Louisiana. We gather at local parks and the cops come to shut it down. No fun ever allowed and no end in sight.”

“Roommates are terrified of making a mistake regarding masks, distancing and gatherings … the President basically ‘yells’ every day that this is not sustainable and is threatening to shut it all down …  kids are just waiting for the hammer to drop.”

“It’s horrific. After four months of quarantine with no friends, she was desperate to go to campus so we encouraged it. I am sick with worry every day. Not about the virus. About the mental anguish and social isolation, they are forcing on our kids.”

“No roommates …  all online classes, no in-person activities, dining halls closed, libraries closed except under very strict guidelines, no visiting another dorm room, 6-ft distance at all times, masks mandatory when not in the dorm room, cannot leave the Nashville area, circles drawn on quad area, threats of suspension/expulsion for the first offense, security guards posted throughout campus to enforce rules, kids encouraged to report non-compliance, etc.”

“After having been on campus for a week, my daughter has not met nor spoken to a single person. She is in her dorm room in front of her computer at almost all times, and the only times she really leaves are when she picks up her to-go meals. This is a very depressing situation.”

Health authorities in Sweden have refused to follow the rest of Europe by imposing new coronavirus lockdown measures on their population, arguing that those beset by loneliness and misery of being isolated have suffered enough.

In England, we have just the opposite happening. Objections to trivial and confusing lockdown rules are multiplying. There is a growing sense of outrage at the petty callousness of the authorities splitting families and the horror of patients dying alone. Around the country, thousands of elderly Covid sufferers were “triaged,” given limited treatment, and allowed to die even as ICU wards had empty beds.

Statistics show rates of depression, anxiety, and suicide are currently at an all-time high due to COVID-19 pandemic responses. According to poll results published in late August, 53% of American adults said their mental health “had been negatively impacted due to worry and stress over the coronavirus.” 36% report having trouble sleeping, 32% have trouble eating, 12% report increased alcohol consumption and/or substance use and 12% report worsening of chronic health conditions due to worry and stress. Those faring the worst are people sheltering in place, 47% of whom report negative health effects, compared to 37% of those not sheltering in place.

A CDC study found 40.9% of respondents reported anxiety, depression or symptoms of trauma- and stressor-related disorder relating to the pandemic; 13.3% of American adults reported new or increased substance use as a way to manage stress, and 10.7% of adults said they’d seriously contemplated suicide in the past 30 days. 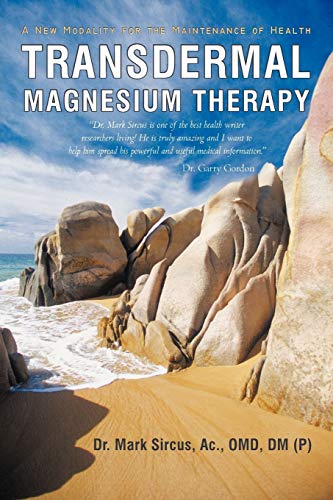 The shift to remote work has given rise to a workforce suffering from loneliness and isolationism. Research from Gallup suggests that loneliness can affect both personal and professional wellbeing. Feeling lonely leads to a 29 percent increase in heart disease. It also increases the chance of stroke by 32 percent. When it comes to loneliness its a bigger killer than obesity. Imagine how much it increases one’s vulnerability to the common flu or coronavirus.

Who are we going to blame for all of this? I think many people are beginning to realize that the world we knew is not coming back, but that is a hard one to swallow. The globalists have no intention of restoring human freedom and global mobility, an impossible job anyway at this late stage of the game. The peoples of the world are being crushed, causing massive destitution and all of this before a vaccine is forced down the throats of most of the world’s populations. Only idiots believe that the vaccine will be safe.

They have us fighting and hating each other, so we will not turn on them. But every person on the planet has a common enemy. All our vengeance should be turned on them. We know who quite a few of them are, and the human race should turn on them. However, most of us are their tools, have long fallen into their traps.

What we have is a new form of murder developed over decades by health officials and those that back them. What we have to decide the punishment for such evil, or its all over for billions of us. They are getting away with it, and the collective is suffering for it in a way we never dreamed possible.