Congress enacted the Foreign Intelligence Surveillance Act in 1978 in response to the unlawful surveillance of Americans by the FBI and the CIA during the Watergate era. President Richard Nixon – who famously quipped after leaving office that “when the president does it, that means that it is not illegal” – used the FBI and the CIA to spy on his political opponents.

The stated reason was national security. Nixon claimed that foreign agents physically present in the U.S. agitated and aggravated his political opponents to produce the great public unrest in America in the late 1960s and early 1970s, and thus diminished Americans’ appetite for fighting the Vietnam War. There was, of course, no evidence to support that view, but the neocons in Congress and the military-industrial complex supported it even after Nixon left office.

This view – there are foreigners among us who wish us harm – came to fruition during the presidency of Jimmy Carter, who pushed for the enactment of FISA. FISA’s stated purpose was to limit – not expand – the government’s surveillance powers by requiring the intervention and permission of a judge.

Wait a minute. Government surveillance is a search under the Fourth Amendment, and government searches already required warrants from judges. So, what was new about FISA?

The Constitution requires probable cause of crime to be demonstrated to a judge before the judge can sign a search warrant. That was the law of the land until FISA came along. FISA set up the Foreign Intelligence Surveillance Court, and it authorized the judges on that court to issue search warrants based on a lower standard of probable cause.

Isn’t that contrary to the Constitution? Yes, it is. But a challenge has never reached a non-FISC federal court because the government has never used evidence that it admits was obtained from a FISC warrant in a criminal case for fear that a federal court will invalidate the FISA standard.

Because FISC meets in secret, and because only government lawyers appear before it, we have a dangerous recipe: Secrecy and no defense counsel produce tyranny. That combination has the standard for issuing search warrants sliding even further down the slope of tyranny and absurdity.

This slow but persistent destruction of the right to be left alone, which is ostensibly guaranteed by the Fourth Amendment, came about not only by secrecy and the absence of adversaries but also by judicial gullibility and constitutional infidelity.

Judges have a tendency to accept uncritically the unchallenged applications presented to them. This is an inherent defect for FISC judges, whose decisions slowly and materially weakened the already unconstitutional FISA probable cause standard. FISC judges have granted 99.97% of all applications for search warrants.

All of this is presented as historical and legal background for an understanding of the report of the Inspector General of the Department of Justice on the FBI’s use of FISA to surveil the Trump campaign in 2016 and 2017. That report, released earlier this week, concludes that the original FISA statutory standard – probable cause of foreign agency – was met when Australian intelligence agents tipped off CIA and FBI agents to the boasts of one of Donald Trump’s foreign policy advisers that he had ties to the Kremlin. 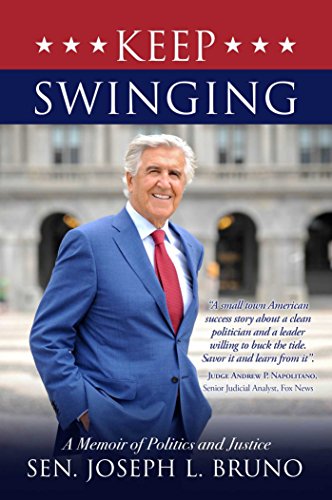 The FBI then took that tip, added to it erroneous, incomplete and unverified materials, and persuaded FISC to issue warrants to surveil the Trump adviser and the campaign.

The DOJ IG found that the beginning of the investigation was lawful and nonpolitical, but its expansion and continuance manifested substantial violations of DOJ and FBI protocols.

There is more. FISA is not only unconstitutional; it is also inherently corrupting of government officials.

When government prosecutors seek a search warrant pursuant to the Fourth Amendment, they are careful to document all their allegations. They know that if their target is indicted, the target’s lawyers will have access to their applications for the search warrant and can challenge its issuance.

In the midst of a homicide trial, I once reversed and nullified a warrant that I had issued two years earlier when I learned that the government had intentionally kept exculpatory evidence from me; evidence that, had I known of it, would have dissuaded me from issuing the warrant. That is the beauty of our due process. The adversary system exposes the truth.

There is no such exposure under FISA, and FBI and National Security Agency agents know that. They also know that their methods and applications to the secret FISC will never be exposed to defense counsel or to the public.

Now, we have seen in a case involving the president of the United States, a material alteration of a document, reliance on unverified allegations, substantial omissions, agents duping one another, applications signed by senior DOJ and FBI folks who never even read, much less questioned, what they signed – all done with the false comfort that their misdeeds would not come to light.

My intelligence and law enforcement colleagues tell me that two generations of FBI agents have come of age believing that if they have a weak case, if they lack enough probable cause to obtain a search warrant, they can always get one from FISC.

The FISA Court is repugnant to the Constitution and to the concept of an independent judiciary, and it took an IG report on the FBI and the president to demonstrate that.