Once there was a common theme among our ancestors, and it was a simple one: land is the most valuable thing a man can possess, aside from a good relationship with the Creator himself, and a healthy family. However, I have found that having land helps both these other ideals, and for good reason.

Land in the Arkansas Ozarks was, like many places in the South, hard fought and hard to improve, though this task was second nature to many of our founding stock here, being immigrants largely from Appalachia, my own people included. In the Boston Mountains they found a place that was familiar, as it was familiar to their ancestors, and, God willing, familiar to their descendants. This was the place I was raised, with my family being here since the 1850s, when my 5th Great Grandfather and his sons took possessions of small holdings in the northwest corner of the still wild and wooly state of Arkansas. They soon developed small improved tracts in which they could feed their growing families. Though it was a hard life, it was extremely rewarding in the fact that they could live as men should, in the estimation of so many of our ancestors. In the words of Edward Abbey:  ‘Neither to serve nor to rule.’

I grew up literally across the creek from where my 4th Great Grandfather’s house still stands to this day. Land, even before I knew the concept well, was instrumental in shaping who I am and who my people were. For generations in Newton County, my ancestors and their neighbors shared the same bond that strongly bonded Appalachia. They became tight knit communities with their neighbors, many times intermarrying and becoming kin. This true essence of community became synonymous with life in the Ozarks; small bands of people who looked out for each other and were extremely wary, if not downright hostile, to outsiders. These were people who were in tune with nature and the way of the land. And they knew the true key to independent living was one thing: land ownership.

This being the rule, a man often expanded his own holdings by buying out, or bartering for more land, amongst his kin and neighbors (often one and the same). Though money was scarce in these communities, they enjoyed a strength that no industrial center could claim; the ability to produce nearly everything essential from the wilderness and improved lands that they owned. 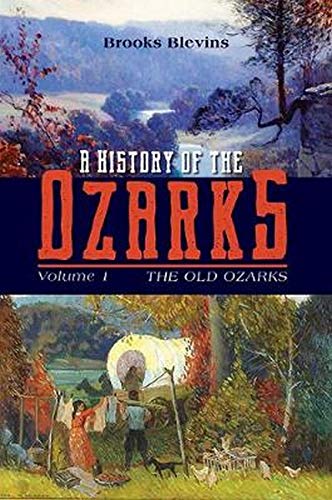 When the 20th century dawned, it began to take a toll on the Ozarks, as the ‘love of money’ had began to question many of the old ways. Stewards of the land were once the rule; now they became fewer and further in between. Massive logging operations and mining expeditions took so much from our home. My own family took part in these excursions, as there was rarely any other way to make a living. But this article is not a condemnation of their role. I understand that it became impossible to live without money. This subject itself would make another article, but I digress. But what part this plays became apparent when the Depression hit the Ozarks.

My native land hemorrhaged people; they fled North and West, primarily, seeking employment and an easier life for their families. Thus, left behind were thousands and thousands of acres of vacated farmland, leaving neighbors to buy for it or care for it. For decades, land in the Ozarks was near worthless. I knew one man who became wealthy due to his father buying huge tracts of clear cut timber for literal pennies on the acre! But, like all things, time would begin to change this thing. Luckily, in my home, many of the local founding stock held on and made a heroic struggle to keep their homes, just as their ancestors had before them.