What Happened: The Physicians For Informed Consent (PIC) outline that the U.S. Food and Drug Administration (FDA) and the Agency for Toxic Substances and Disease Registry (ATSDR), which is a division of the U.S. Department of Health and Human Services (HHS) have already raised concerns about the negative effects of aluminum exposure in humans.

They state the following:

You can read their “Erratum in “Updated aluminum pharmacokinetics following infant exposures through diet and vaccination” here. 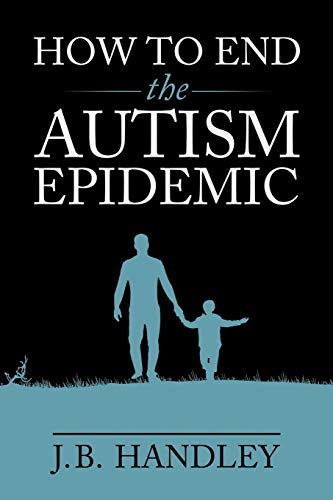 The Physicians for Informed Consent (PIC) are a group of doctors and scientists from around the world who have come together to support informed consent when it comes to mandatory vaccine measures. Their information is based on science. Their mission is to deliver data on infectious diseases and vaccines, and to unite doctors, scientists, healthcare professionals, attorneys, and families who support voluntary vaccinations. Their vision is that doctors and the public are able to evaluate the data on infectious diseases and vaccines objectively and voluntarily engage in informed decision-making about vaccination.

According to Dr, Christopher Shaw, a member of PIC and a professor at the University of British Columbia who has performed numerous studies on the effects of injected aluminum,

“We knew that the Mitkus et al. paper modeling aluminum clearance had to be inaccurate since it was assuming that injected aluminum kinetics were the same as the kinetics of aluminum acquired through diet. Now, in addition, we see that they did their modeling based on using the incorrect level of aluminum absorption. What is particularly striking is that despite all these errors, since 2011, Mitkus et al. is used by CDC and other entities as the basis for claiming that aluminum adjuvants are safe.”

Dr. Shira Miller, president of PIC, said, “We posted the Mitkus 2011 erratum on ResearchGate in hopes of bringing it to the attention of scientists and researchers who are interested in the safety of the quantities of injected aluminum found in childhood vaccines and would be in a position to further research the safety concern.”

When you inject aluminum, it goes into a different compartment of your body. It doesn’t come into that same mechanism of excretion. So, and of course it can’t because that’s the whole idea of aluminum adjuvants, aluminum adjuvants are meant to stick around and allow that antigen to be presented over and over and over again persistently, otherwise you wouldn’t put an adjuvant in in the first place. It can’t be inert, because if it were inert it couldn’t do the things it does. It can’t be excreted because again it couldn’t provide that prolonged exposure of the antigen to your immune system.- Shaw

The PIC has released a PDF called Aluminum Vaccine Risk Statement with a lot more information. You can access it here.

Why This Is Important: The idea that it’s safe to inject children with aluminum containing vaccines is based on presumption. No appropriate safety studies exist to show this is the case, which is why A group of scientists from multiple countries recently published a paper in the Journal of Trace Elements in Medicine and Biology titled “The role of aluminum adjuvants in vaccines raises issues that deserve independent, rigorous and honest science”  state the following,

“The safety of aluminium-based vaccine adjuvants, like that of any environmental factor presenting a risk of neurotoxicity and to which the young child is exposed, must be seriously evaluated without further delay, particularly at a time when the CDC is announcing a still increasing prevalence of autism spectrum disorders, of 1 child in 54 in the USA.”

The publication goes on to address concerns it has with another paper that was published a year prior, emphasizing that the authors of that specific publication, JP Goullé & L Grangeot-Keros,

Described general knowledge on aluminum (Al) exposure, kinetics and toxicity but made very little effort to delineate the scientific questions specifically related to Al adjuvants in vaccines. Instead of representing the bulk of their review, the subject of Al adjuvants covered no more than one third of the 3 page-text. Numerous important papers on the topic were omitted, i.e. 20 years of scientific publications in clinical, post-mortem, in vitro and in vivo experimental studies published by independent research teams, worldwide experts in this topic, were simply omitted.

In 2018, shaw published a paper in the Journal of Inorganic Biochemistry that found almost 100 percent of the intramuscularly injected aluminum in mice as vaccine adjuvants was absorbed into the systemic circulation and traveled to different sites in the body such as the brain, the joints, and the spleen where it accumulated and was retained for years post-vaccination. (source)

A study published in BioMed Central (also cited in the study above) in 2013 found more cause for concern:

Intramuscular injection of alum-containing vaccine was associated with the appearance of aluminum deposits in distant organs, such as spleen and brain where they were still detected one year after injection. Both fluorescent materials injected into muscle translocated to draining lymph nodes (DLNs) and thereafter were detected associated with phagocytes in blood and spleen. Particles linearly accumulated in the brain up to the six-month endpoint; they were first found in perivascular CD11b+ cells and then in microglia and other neural cells. DLN ablation dramatically reduced the biodistribution. Cerebral translocation was not observed after direct intravenous injection, but significantly increased in mice with chronically altered blood-brain-barrier. Loss/gain-of-function experiments consistently implicated CCL2 in systemic diffusion of Al-Rho particles captured by monocyte-lineage cells and in their subsequent neurodelivery. Stereotactic particle injection pointed out brain retention as a factor of progressive particle accumulation…

The study went on to conclude that “continuously escalating doses of this poorly biodegradable adjuvant in the population may become insidiously unsafe.”

These authors followed up and published a study in 2015 that emphasized:

Evidence that aluminum-coated particles phagocytozed in the injected muscle and its draining lymph nodes can disseminate within phagocytes throughout the body and slowly accumulate in the brain further suggests that alum safety should be evaluated in the long term.

A paper published in 2018 discovered high amounts of aluminum in the brain tissue of people with autism. That particular paper has now been downloaded more than 1 million times. 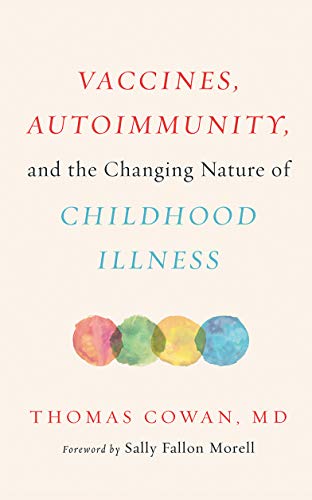 The particular paper cited above was published by Dr. Christopher Exley.

The point is, this topic is hot right now, as it should be, and it seems that our federal health regulatory agencies continue to ignore the concerns being made and the studies being published.

Here is an important clip from Dr. Larry Palevsky, a board-certified Paediatrician currently practicing in New York talking about aluminum and how it differs in adjuvant form.

Aluminum is an experimentally demonstrated neurotoxin and the most commonly used vaccine adjuvant. Despite almost 90 years of widespread use of aluminum adjuvants, medical science’s understanding about their mechanisms of action is still remarkably poor. There is also a concerning scarcity of data on toxicology and pharmacokinetics of these compounds. In spite of this, the notion that aluminum in vaccines is safe appears to be widely accepted. Experimental research, however, clearly shows that aluminum adjuvants have a potential to induce serious immunological disorders in humans. (source)

The Takeaway: When it comes to vaccine safety, why does mainstream media constantly point fingers and call those who have concerns “anti-vax conspiracy theorists?” Why don’t they ever address the science and concerns being raised that paint vaccines in a light that they’ve never been painted in? What’s going on here? Why are the safety concerns addressed by many scientists and doctors always ignored and never addressed/countered? Would more rigorous safety testing of our vaccines not be in the best interests of everybody? Who would ever oppose that and why?