The Conquered in The Lost, Ivanhoe and Rob Roy

A few weeks ago my wife proposed that we read a book together. Her choice, based on the recommendation of a friend and the fact that she recently had worked on a Holocaust related documentary, was The Lost: A Search for Six of Six Million by Daniel Mendelsohn. My wife read the paperback in French, I read the Kindle edition in English. In this book Mendelsohn recounts his search for details on the life and death of his great uncle Shmiel and his family (wife and four daughters) in a small town in Poland (now Ukraine) during World War II. Normally I am loath to read a current book (first published in 2005) and especially from an academic (but he is also a writer). I am not the first to note that a husband has many obligations in life that are not always to his liking. But in the end, I thought this book was worth reading. In fact, Mendelsohn is an excellent writer, if also a deliberate storyteller (he notes in the manner of Homer or Proust). His travels from Eastern Europe to Australia (a dozen countries on four continents) in search of survivors to interview is engaging. A fundamental theme is how this old town in the Hapsburg Empire was a happy place for the Poles, Ukranians, and Jews who lived there together in relative harmony. But the Soviet and later German invasions brought forth hostility that continued in the minds of his relatives and the survivors up to this day. They would tell him the Poles were bad but the Ukranians were the worst. Mendelsohn needed to know what had happened. “My desire to have that narrative was no different from my grandfather’s desire to believe the stories about the Jewish neighbor or the Polish maid. Both were motivated by a need for a story that, however ugly, would give their deaths some meaning—that would make their deaths be about something.” 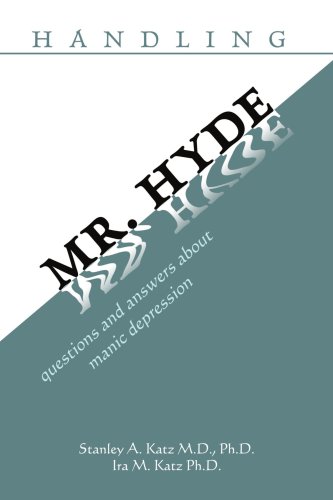 In any case, after fulfilling this obligation I went back to my grossly entertaining reading of Walter Scott’s novels, in particular Ivanhoe, published in 1819. I had some notion of the romantic knights and damsels related to the tale of Ivanhoe, but I did not know any particulars of the plot of Scott’s novel. To my great surprise, this old romantic novel had the same theme as Mendelsohn’s modern memoir The Lost! That is, it was also a story about a conquered people and their stories of survival. In Ivanhoe the victims were the WASPs (White Anglo-Saxon Pagans, really mostly Catholic with old pagan thoughts) who were oppressed by the Norman conquerors. But here there were also the Jews.

And thus it is probable, that the Jews, by the very frequency of their fear on all occasions, had their minds in some degree prepared for every effort of tyranny which could be practised upon them; so that no aggression, when it had taken place, could bring with it that surprise which is the most disabling quality of terror. Neither was it the first time that Isaac had been placed in circumstances so dangerous. He had therefore experience to guide him, as well as hope, that he might again, as formerly, be delivered as a prey from the fowler. Above all, he had upon his side the unyielding obstinacy of his nation, and that unbending resolution, with which Israelites have been frequently known to submit to the uttermost evils which power and violence can inflict upon them, rather than gratify their oppressors by granting their demands.

Scott treats the Jews very well. His character the Jewesse Rebecca, is the most extraordinary super heroine I have encountered in literature. Super not in comic book powers but fundamental human traits. She is drop dead gorgeous, intelligent (a master healer), courageous, wise, loyal, considerate and generous; even if her father Isaac was always scheming about money. The primary evil character is the Templar knight Brian Bois-Guilbert who falls in love with her in spite of his own reason and interests. As she is tried as a witch, for bewitching him into falling in love, he rails against the system as we might hear today, “Will future ages believe that such stupid bigotry ever existed!” said Bois-Guilbert, striding up and down the apartment. “What they may believe, I know not,” said Malvoisin, calmly; “but I know well, that in this our day, clergy and laymen, take ninety-nine to the hundred, will cry amen to the Grand Master’s sentence.” Later in the same conversation there is this tidbit about justice that is also relevant today, “For the present we part, nor must we be seen to hold close conversation — I must order the hall for his judgment-seat.” “What!” said Bois-Guilbert, “so soon?” “Ay,” replied the Preceptor, “trial moves rapidly on when the judge has determined the sentence beforehand.””

After reading Ivanoe, that includes elements of the Robin Hood legend, I then read Scott’s Rob Roy which includes the eponymous Scottish Robin Hood. Here again there is the theme of the conquered, the Scots, though this is a very complex history of politics and religion in the early 18th century. In particular, for those Jacobite Scots (and English) who desire the return of the Catholic Stuart Monarchy. The theme of prejudice is presented in the manner that the English thought of the Scots and the Scots thought of the English. Here the hero Francis Osbaldistone explains how he was formed into a prejudice against the Scots. 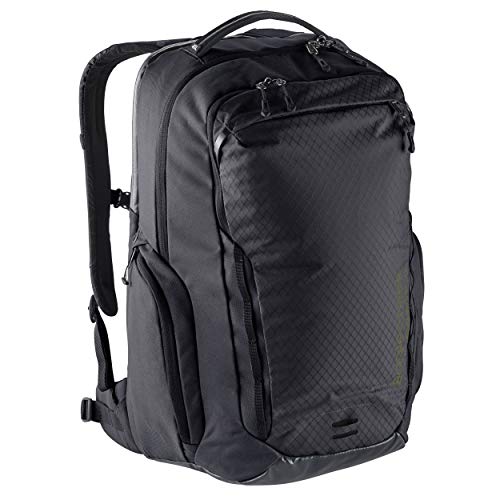 In short, if Mabel complained of the Scottish arms in ancient times, Mr. Osbaldistone inveighed no less against the arts of these modern Sinons; and between them, though without any fixed purpose of doing so, they impressed my youthful mind with a sincere aversion to the northern inhabitants of Britain, as a people bloodthirsty in time of war, treacherous during truce, interested, selfish, avaricious, and tricky in the business of peaceful life, and having few good qualities, unless there should be accounted such, a ferocity which resembled courage in martial affairs, and a sort of wily craft which supplied the place of wisdom in the ordinary commerce of mankind.

In justification, or apology, for those who entertained such prejudices, I must remark, that the Scotch of that period were guilty of similar injustice to the English, whom they branded universally as a race of purse-proud arrogant epicures. Such seeds of national dislike remained between the two countries, the natural consequences of their existence as separate and rival states. We have seen recently the breath of a demagogue blow these sparks into a temporary flame, which I sincerely hope is now extinguished in its own ashes.

The heroine Diane Vernon reproachs him for his prejudice.

“Mr. Osbaldistone,” she said, “your own observation will enable you to verify the justice, or injustice, of Rashleigh’s suggestions concerning such individuals as Mr. Campbell and Mr. Morris. But, in slandering Scotland, he has borne false witness against a whole country; and I request you will allow no weight to his evidence.” “Perhaps,” I answered, “I may find it somewhat difficult to obey your injunction, Miss Vernon; for I must own I was bred up with no very favourable idea of our northern neighbours.” “Distrust that part of your education, sir,” she replied, “and let the daughter of a Scotchwoman pray you to respect the land which gave her parent birth, until your own observation has proved them to be unworthy of your good opinion. Preserve your hatred and contempt for dissimulation, baseness, and falsehood, wheresoever they are to be met with. You will find enough of all without leaving England.— Adieu, gentlemen, I wish you good evening.”

Coming back to The Lost, the wisdom of Mendelsohn shines as he works at making sense of what he learned and what is true; lessons and truths that are of the utmost importance today. 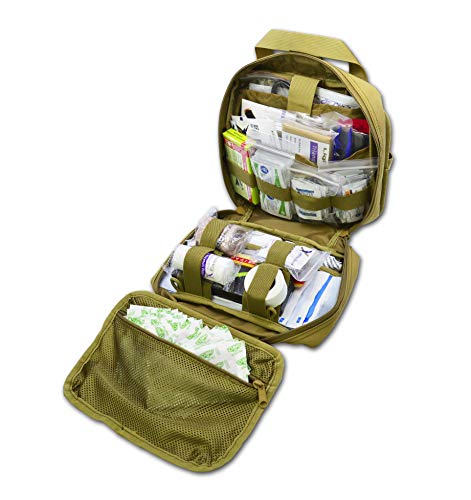 Still, it must be said that this unwillingness to believe anything good of Ukrainians struck me as irrational, too, since every survivor I talked to had been saved by a Ukrainian. I did not say this to them at the time, but it seemed to me that Jews more than others should be wary of condemning entire populations out of hand.

So I am, perhaps naively, unwilling to condemn “Ukrainians” in general, although I know that many Ukrainians committed atrocities. I am, however, willing to believe in other generalizations, for instance that seething resentment by a class of people who both have been and perceive themselves to be an underclass, particularly when those people have recently suffered unspeakable oppression—one example of which would be, say, Stalin’s intentional starvation of between five and seven million Ukrainians in 1932 and 1933, which for Ukrainians is the galvanizing national tragedy just as the Holocaust is the galvanizing national tragedy for Jews—that seething resentment of such a class of people will, under the right combination of circumstances, explode into bestial savagery against those whom they hold responsible for their suffering, however unjustly. And as I know, it is easiest to hold responsible those to whom you live in closest intimacy.

The clear lesson of history for me, exemplified in these very different books, is to always keep in mind that all peoples have been conquered, raped and pillaged. And also, all peoples have conquered, raped and pillaged others. So moving forward, it is not only justice that must dominate, but justice tempered by wisdom, mercy, and humility to have a society that is more than purely a battle for power.

More wisdom for the ages from Walter Scott in Rob Roy.

On the nature of a capitalist: 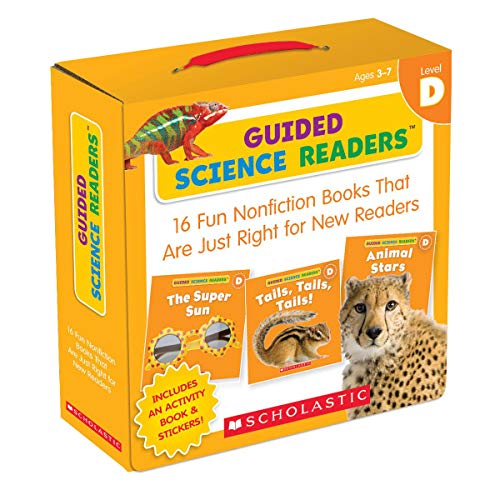 He would have been a poorer man, indeed, but perhaps as happy, had he devoted to the extension of science those active energies, and acute powers of observation, for which commercial pursuits found occupation. Yet, in the fluctuations of mercantile speculation, there is something captivating to the adventurer, even independent of the hope of gain. He who embarks on that fickle sea, requires to possess the skill of the pilot and the fortitude of the navigator, and after all may be wrecked and lost, unless the gales of fortune breathe in his favour. This mixture of necessary attention and inevitable hazard,— the frequent and awful uncertainty whether prudence shall overcome fortune, or fortune baffle the schemes of prudence, affords full occupation for the powers, as well as for the feelings of the mind, and trade has all the fascination of gambling without its moral guilt.

On a true understanding of privilege for whites and blacks:

We are so apt, in our engrossing egotism, to consider all those accessories which are drawn around us by prosperity, as pertaining and belonging to our own persons, that the discovery of our unimportance, when left to our own proper resources, becomes inexpressibly mortifying.

At the time, this person’s conduct only inspired me with contempt, and confirmed me in an opinion which I already entertained, that of all the propensities which teach mankind to torment themselves, that of causeless fear is the most irritating, busy, painful, and pitiable.

A Man’s Gotta Know His Limitations Foreign Interventionism, 9/11, and the Perpetual War on Terrorism