Religion and liberty—few issues are more controversial among current-day libertarians.

–          Jörg Guido Hülsmann, from the Preface to The Place of Religion in the Liberal Philosophy of Constant, Tocqueville, and Lord Acton by Ralph Raico.

Guido Hülsmann is one of the truly shining lights when it comes to Austrian economics, libertarian political philosophy, and the understanding of the intersection of culture and liberty.  I have also come to believe that there is not a single subject known to man on which he is unable to provide informed thought.  Maybe Major League Baseball, but other than that….

In this Preface, Hülsmann offers four possibilities when it comes to this intersection: first, that religion and liberty are separate spheres, with little to do with one another; second, that these two are completely antagonistic; third, that one complements the other – a sense of piety in man facilitates the possibility of limited government; fourth, religion – particularly Christianity – is fundamental to liberty, and this is demonstrated by both the historical record and by conceptual thought. 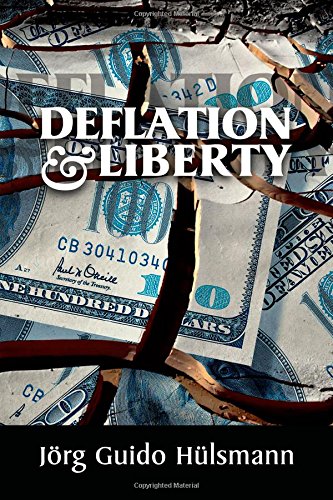 When considering these four, I see my journey going from the first to the third and finally the fourth.  To walk through this here is too much to consider, covering a journey of at least five years – and, in some ways, a lifetime.  I can describe, instead, why I am here.  Let’s start at the end; Murray Rothbard writes:

What I have been trying to say is that Mises’s utilitarian, relativist approach to ethics is not nearly enough to establish a full case for liberty. It must be supplemented by an absolutist ethic—an ethic of liberty, as well as of other values needed for the health and development of the individual—grounded on natural law, i.e., discovery of the laws of man’s nature.

The first time I read those words, many, many years ago, I didn’t grasp the full weight of the meaning.  To further his point, Rothbard writes:

…only forms of natural or higher law theory can provide a radical base outside of the existing system from which to challenge the status quo.

And if this isn’t sufficient, Rothbard would elsewhere add:

Elements of natural law can be found in many faiths, as C. S. Lewis offered in the Appendix to The Abolition of Man.  He offers numerous illustrations of Natural Law to be found in history and in many cultures: ancient Egyptian, Jewish, Chinese, Old Norse, Babylonian, Roman, Hindu, Christian, Anglo-Saxon, Greek, Australian Aborigines.  There are many features in common across these.

Yet the historical record demonstrates that these features only took meaningful root in establishing liberty in civilizations influenced by Christianity.  Why is that?  I believe it is because of concepts unique to Christianity, unique from other religions.  And one need not believe in the Virgin Birth or Resurrection to recognize these concepts as Christian.

God man all men and all women in His image; God breathed into man, giving him reason and a soul; in Christianity, we have the perfect archetype; man has a unique and special purpose – a proper end toward ordering life; an extremely low time preference, considering eternity; men and women offer service and are subservient to each other; there is neither Jew nor Gentile, neither slave nor free, nor is there male and female.

Yes, some of these can be found in other religions – after all, God breathed reason and a soul into all men and all women, regardless of their faith or lack of faith.  To my knowledge, however, no other religion integrates all of these into one cohesive narrative.  From these, one can derive the natural law of which Rothbard wrote.

And this is how I ended up understanding that the fourth of the four possibilities offered by Hülsmann is the only one that offers a path toward sustainable liberty.  Continuing with Hülsmann, who has, obviously, come to the same realization (perhaps for other reasons, I cannot say):

For Hülsmann, the journey began with something else written by Raico.  For me…I also have no idea where this journey of mine will end, but I can also point to where it began…kind of.  Early in the life of bionic, I wrote a good amount examining the positions of left libertarians – concluding that what they advocated was not libertarian, nor would it lead to liberty.  At one point, a left-libertarian challenged me to take on Hans Hoppe in the same way, pointing me to Hoppe’s essay, A Realistic Libertarianism.  This was five years ago. 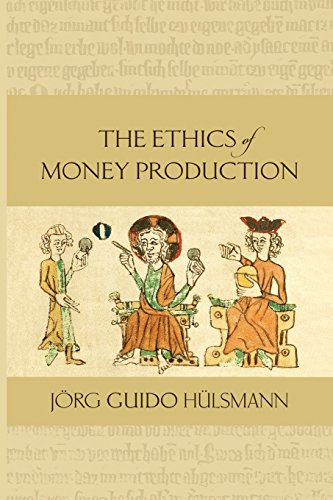 Prior to this I had read much of Hoppe, but never with this specific focus.  In my examination, I ended up agreeing with Hoppe – albeit so much of my thin-libertarianism-and-only-thin-libertarianism-is-sufficient-for-liberty came through (I am almost embarrassed to offer the link).  My thoughts have obviously developed since then.  But it is clear that this was my singular objective, identifiable, starting point.

Unfortunately, the individual who challenged me posted his comment as anonymous, therefore I am not able to thank him, profusely.  In any case, I don’t think the outcome was as he hoped.

In any case, I am able to offer profuse thanks to Hans Hoppe.

2021: the Year of the Deadliest VaccineA Constitution of Some Authority