The DNC Convention Is the Election

For nearly a year it has been my primary thesis that the DNC nominating convention would determine the fate of the presidential election here in the states. These four days may, in fact, be more dramatic than any Democratic convention since 1860 when incumbent James Buchanan was tossed aside to ensure a lawyer with railroad ties from Illinois, Stephen Douglas, squared off against Republican Abraham Lincoln.

Lincoln was also a railroad lawyer from Illinois. Just sayin’.

The convention is less than two weeks away and serious questions about the Democrats’ strategy should be plain to see for anyone who pays even cursory attention to presidential politics.

How can they possibly run Joe Biden?

It’s not that Biden hasn’t been a good soldier for the empire, he has. It is that he is unpresentable as a candidate in public. The evidence of his cognitive decline, which has accelerated in recent months, mounts every time he fails to even read a teleprompter correctly.

The only thing the Democrats are united on is their hatred for Trump. But that hatred cannot be an animating principle to base an election strategy on, though, to this point, they certainly have tried.

Internally, there has been a three-sided war on for control of the party’s future. There is the Boomers, represented by Hillary Clinton’s faction, who lost spectacularly when she backed a male version of herself, the profoundly disconnected and unlikeable Mike Bloomberg, as a stalking horse to pad her delegate count.

There is the frustrated Gen-Xers, represented by Barack Obama who was supposed to lead the party after his two terms as president. Biden is his representative and was the clear winner in the primaries as the candidate who theoretically could swing the center of the country away from Trump.

And then there is the Millennials, represented in the primaries by Bernie Sanders and the so-called squad. They are led now by Alexandria Ocasio-Cortez whose goal is to kick out all of these globalists and remake the party as the vanguard of a U.S. cultural revolution.

None of these people are acceptable to the center of the U.S. who today, no matter how hard they are being gaslit to believe, ultimately blame Donald Trump for their current problems.

And Obama pressed for Biden to be the candidate. He finally beat Hillary for nominal control of the party, getting his candidate through the primary miasma. 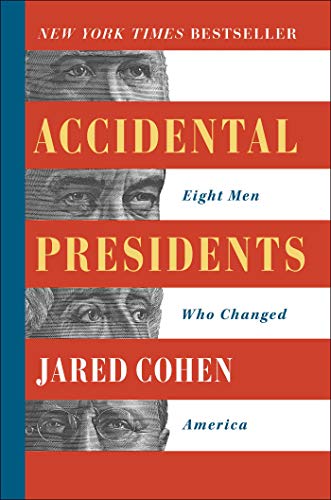 You can’t blame a President for a natural disaster, but that’s been the Democrats’ strategy all year with COVID-19. Whatever Trump said or did in response to the virus was wrong, even if that meant exhibiting blatant hypocrisy or openly contradicting previous positions.

In fact, this has been the Democrats’ strategy since before Trump took office and it has made them look hysterical and irrelevant.

So, with the convention less than two weeks away the big question is who Biden’s running mate will be. The fact that he hasn’t chosen one yet tells you that they have no strategy for actually winning the election other than trying to steal it through mail-in ballots.

For Biden, given the rapidity of his decline, the V.P. pick has the added burden of actually being the President for most of the elected term, because the convention will make it clear to the world that Biden will step aside for health reasons no later than mid-2021 if he wins.

But, more pressing for the Democrats, is the fundamental problem that in order to beat back AOC’s Squad and keep Hillary bound down, they are now saddled with an unelectable candidate and a platoon of potential running mates who are wholly unacceptable to either the DNC establishment, the country at large or both.

Whoever tunes into the virtual convention will realize almost immediately that this time, more than any election in the televised era, when filling in that ballot in November you will be voting on the qualifications bottom half of the ticket rather than the top.

Moreover, since Biden has declined so quickly the odds of an internal coup against him occurring at the convention in Milwaukee is high. It’s why the New York Times is now calling to cancel presidential debates. It’s not because “never made sense as a test for presidential leadership.” It’s because, though the writer doth protest too much, everyone knows that Trump will wipe the floor with Biden.

In fact, I would argue debates between Trump and Biden will be so lopsided they would work to Biden’s advantage as people who see Trump’s attacks on him as ‘elder abuse.’ Trump would have to actually tone down his persona in a way I’m not sure he’s capable of doing.

The other factions within the DNC are sharpening their knives I type this. Hillary will go in filled with all the bile her gall bladder can still produce to thwart the potential ascension of any other woman to the presidency before her.

AOC and company will go in with Bernie’s delegates and play spoiler. Obama will try to figure out how to hold his new-found power together while Biden, frankly, drools on himself in the corner. 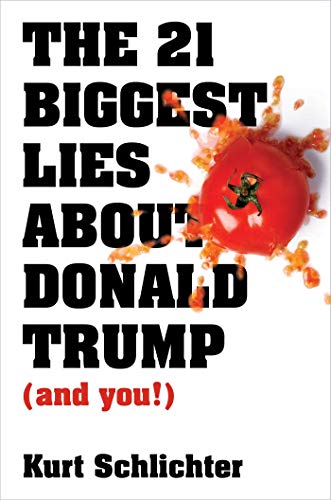 And that may be the most damning image of this pathetic and sordid affair I can muster. Biden should have already stepped aside. He should have already accepted the gold watch for his service and moved on to the great globalist golf course. But instead he’s being abused by cynical, power-mad ideologues desperate to avoid not only their own malfeasance, i.e. Obamagate, but have one last shot at delivering the U.S. back into the hands of The Davos Crowd’s move towards their Great Reset.

It’s clear that this election season has been about prepping the stage for the campaign season that puts so much pressure on Trump to perform miracles that Americans simply reject him as incompetent and will accept anyone other than him as President.

In Milwaukee, no matter what happens, we’re going to find out just how incompetent his opposition truly is.

Previous article by Thomas Luongo: The Big Lie: the EU Is Fixed, the Dollar is Dying, and COVID Will Kill You

Autopsy of America Germany’s Populist Revolt Against the Lockdown