Papou Was a Rolling Stone

AUSTRIA—I finally understand what’s wrong with the modern world: motorways! These dehumanizing slabs of asphalt lining our continents are Prometheus-like chains luring us to nonstop movement and uniformity. But before you start screaming that you’ve been isolated for months and would give up a night with Jennifer Lawrence to roar down a highway, let me explain:

It all began when Alexandra and I decided to visit my daughter and the new baby in Austria. It was my idea to drive there, the Swiss-German-Austrian borders having opened that very day. When the wife suggested a chauffeur I said no. When the son assured me I’d get lost, I threatened financial repercussions that I can no longer enforce. I then recounted stories of travels past that ended happily. 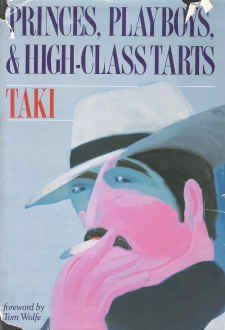 Back in 1956, the South African tennis player Abe Segal, Bermudan female champ Heather Brewer, and yours truly took off from London for Germany by car. Abe was the driver—he had reached the quarters at Wimbledon that year—while I sat in the back, behind the two lovebirds. Driving around the French countryside back then was like reaching match point. We stopped in quaint, leaf-covered inns that just happened to be on our way. The food was simple but terrific, the wine superior; the innkeepers may have at times been gruff, but some of them had daughters with large breasts. Abe and Heather were wonderful to travel with because they got me out of a couple of jams while crisscrossing France, Germany, and Switzerland. Roads followed the contours of the land and were narrow and tree-lined, dotted with cream-colored houses and surrounding green hills and fields. Traffic was nonexistent, and “auberges,” with auberge owners and their daughters, were everywhere.

I know, you might think I’m exaggerating, and sixty years on perhaps I’m embellishing a bit. Heather studied the map, Abe did the driving, and I sat dreaming about the tennis victories I would achieve and the girls those wins would attract. I was 19 years old and it was summer. It ended in Baden-Baden in September. 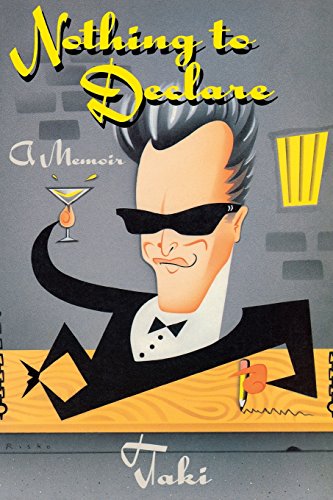 Does this sound like a time-travel fantasy? Well, yes and no. The trip actually ended after Baden-Baden, in Linz, with me playing terrible tennis and acting even worse where another subject is concerned and having to leave rather hastily to cross the ocean and return to university. Never mind, I tell my son, what all this means is that I can find my son-in-law’s house with my eyes closed and driving in reverse. The wife agreed and off we went last week early in the morning of a brilliant day going east and Alexandra doing the heavy lifting of driving. But then a terrible thing appeared: GPS, or something like that, a gadget in her mobile that she attached next to the steering wheel that produced a pretentious, English-accented female voice that started to boss us around. We were going in the direction of Bern and then on to Zurich, Winterthur, Innsbruck, and so on, always east, so I told Alexandra to shut this bitch up and trust my vast experience. Nothing doing.