The pressure is already mounting for state and local governments to move again toward coerced stay-at-home orders and mandatory business closures.

The constant drumbeat of headlines designed to convince people to adopt new draconian government controls is more or less exactly the same as what it was back in March. Arizona “lost control of the epidemic,” one headline proclaims, while another insists “ICU beds full.” A government bureaucrat in Texas says the situation is “apocalyptic” and Bloomberg dutifully featured the word in its headline. The governor of California is threatening another stay-at-home order. The Texas governor has reimposed some restrictions. Florida has “paused” its scaling back of lockdown edicts.

Americans should expect more of this as the year proceeds. Once we arrive at September, hospitalizations due to the usual winter diseases like flu will begin to mount. At that point, the daily headlines about “full” or nearly full hospitals will be a daily or even hourly occurrence. 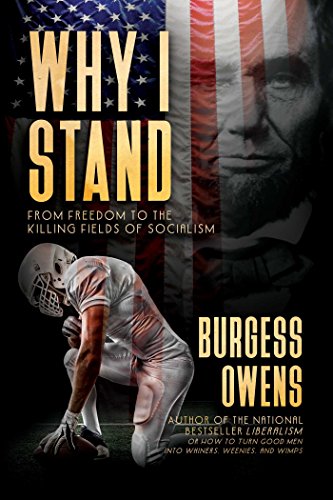 There is no doubt politicians and government “experts” like Anthony Fauci will briefly emerge from their luxury homes and gated communities to demand that middle-class and working-class Americans be once again forced to abandon their jobs, take pay cuts, and sit at home. (The politicians decreeing lockdowns, of course, will keep collecting their six-figure salaries.)

But there’s a problem with the politicos’ plans. They assume Americans will comply with the stay-at-home orders to the same degree they did back in March and April. This may not be a very prudent assumption. This will be due to at least two reasons. First, more Americans now doubt the official narrative on the disease. Second, Americans are now in a worse economic position compared to the time of the first lockdown. Both of these factors will contribute to more resistance to lockdowns.

In other words, a second lockdown will be more difficult—both economically and politically—than the first. Economic pain will mount as political doubts grow.

A second round of lockdowns also poses a very large economic risk to families.

Advocates of coercive lockdowns have long tried to portray opponents of lockdowns as just “people who want a haircut.” The reality is a lot more grim than that, however, and the threat to the economic well-being of many families is going to make a second round of lockdowns far worse than the first.

Many Americans voluntarily complied the first time around, because they were starting from a relatively good economic position. The politicians kept assuring them that it was all just for “two weeks” or maybe even a month. After all, when the lockdowns began, the economy was at very high levels of employment. The US was in the waning days of the boom phase of a boom-bust cycle. But it was nonetheless still in the boom phase. Since the spring lockdowns began, 40 million Americans have become unemployed. Twenty million of them are still unemployed, and more than 1.3 million Americans became newly unemployed over the past week. Tax revenue has also plummeted, reflecting the downward spiral in Americans’ income. 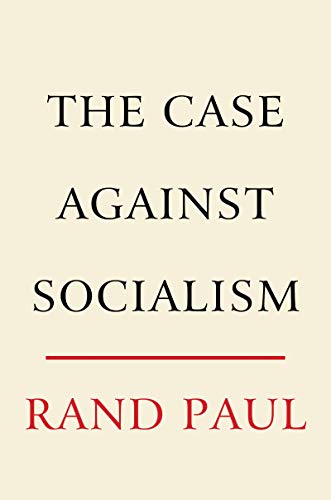 The bankruptcies are now mounting. In recent weeks, just some of the companies that have declared bankruptcy are J. Crew, Gold’s Gym, Neiman Marcus, Hertz, GNC, and Chuck E. Cheese. Thousands of retail locations for these companies will be closed. Their staffs will be laid off.

The idea that everyone can just “work from home,” of course, has always been a fantasy of the well-off. The work-from-home myth is especially damaging for lower-income workers and for blacks and Hispanics. Moreover, if school closures continue, many parents who rely on government schools as a type of “free” day care will find themselves without schools as a resource.

So far, all of this has been cushioned by outlandish fiscal and monetary “stimulus” designed to bail out bankrupted industries, small businesses, and households. Households have received stimulus checks as incomes have dried up or been reduced.

The federal budget is likely to top $10 trillion this year (well over double last year’s budget) as a result of literally trillions of new dollars being created out of thin air to finance the stimulus checks and bailouts.

If lockdowns are imposed again, expect even more “stimulus,” bringing the federal budget to $12 trillion, or maybe $14 trillion. There will be no end in sight.

But apparently endless money printing can’t continue indefinitely. At some point the upward pressure on interest rates, and concerns over the value of the dollar, become so great that even Congress and the Fed fear another round of stimulus. If that comes this year, household finances will immediately collapse. More businesses will go under. Jobs will dry up. Thirty percent of Americans already missed their house payments in June. Expect that to get a lot worse if lockdown mandates are tightened again.

The New Lockdowns Will Be Longer

Also complicating the situation is the fact that if lockdowns are tightened now, they will likely last well beyond the month or two initially promised. Hospitalizations for a wide variety of diseases (not just COVID-19) will only get worse as the northern hemisphere approaches flu season three months from now. At that point the end of the 2020–21 flu season will still be a long way away.

If the current plan for the “experts” and the politicians is to impose a six- or eight-month lockdown until next summer, get ready for an economic depression of unprecedented proportions.

The lockdown advocates have always claimed that the economy would survive relatively unscathed because the job losses and closures were just “temporary.” Their narrative claimed that workers would only be furloughed for a couple of months and then the recovery would begin.

But what if they get their wish for an open-ended lockdown that continues from midsummer through May of next year? After all, that is the reality we’re looking at if rising hospitalizations justify lockdowns. We’ll be looking at month after month of mounting unemployment.

Compliance Will Be a Problem

The heightened economic pain means lockdowns will be harder to enforce, and Americans now estimate their risk of severe illness to be much lower than was the case during the first lockdown.

Back in March and April, many Americans didn’t know what to expect. The experts and politicians assured us we were all facing a truly apocalyptic scenario. Bodies would be piling up in the streets. Gurneys would be lining the sidewalks as patients died unattended. Americans were concerned: Does this disease affect everyone equally? What is my risk level? Many people took a wait-and-see attitude.

But now that so much more is known than was the case in March, it is clear that risk is hardly equal for everyone—40 percent of deaths were in nursing homes—and it makes little sense to lock down an entire population to protect specific populations. States that never enacted lockdowns during the first round, for example, had fewer deaths per capita.

Since March, the Centers for Disease Control and Prevention has repeatedly reduced its estimated fatality rate. Many Americans have also gradually become aware, for example, that in the US 40 percent of deaths attributed to COVID-19 occurred in nursing homes. Many now know that among known cases under age fifty, the fatality rate is now estimated at well under 1 percent. The CDC estimates that the symptomatic case fatality rate for people younger than 50 is just 0.05 percent, compared to 1.3 percent for people 65 or older and 0.2 percent for 50- to 64-year-olds. Those are just the symptomatic cases. Many who get the disease show no symptoms at all.

Americans have realized that the risk to most of them is much lower than what is suggested by the over-the-top panic-inducing rhetoric repeatedly employed by media outlets and politicians. Moreover, for many people, COVID-19 news has already receded to the point of becoming background noise. Every day they are bombarded with dire warnings of impending death and destruction. Warnings of this sort soon have a diminishing effect.

Just as Americans long ago made peace with the relatively high risks associated with highway travel, many Americans are likely to do the same with COVID-19. After all, the most dangerous thing most people do every day—by far—is get in a motor vehicle and drive. Yet few people seem to let the risk limit their daily activities. The more the dangers of COVID-19 become just another daily bulletpoint, the easier the warnings are to ignore.

Many will also be less likely to comply because of the obvious hypocrisy of government officials over June’s riots and protests. Medical personnel who condemned any sort of gathering—and especially antilockdown protests—suddenly decided that mass gatherings were perfectly fine so long as the politics behind the protests was to the experts’ liking. People won’t forget that.

For those who refuse to comply, the politicians will send in the police to enforce their edicts. Police who refused to stop rioters will nonetheless arrest peaceful business owners. This will also be remembered. The resentment will build. The impoverishment will continue. Americans will be going into foreclosure. “Deaths of despair” will mount.

Politicians will insist it’s all “worth it” and “we’re all in this together.” The longer it goes on, the less the public will agree.

Previous article by Ryan McMaken: Minneapolis Riots Are a Reminder That Police Don’t Protect You or Your Property

To Understand BLM The US Empire Is Alive and Well