The Gospel According to Marx

I suppose we shouldn’t have expected better from Parson Goat.

After all, he bowed to Leviathan rather than the Lord when he closed his church this past March. And he now awaits the beast’s permission to re-open while forcing parishioners to wear masks and helping the government spy on them via “contact tracing.”

So Parson Goat’s empathy with the rioters exploiting George Floyd’s death shouldn’t shock us, though said rioters break as many Commandments as they do windows. Worse, most of the protesters are committed Marxists.

But you’d never suspect it from Parson Goat’s encouragement of them.

Floyd’s criminal past notwithstanding, his murder was unspeakably barbaric. The cops who slaughtered him should be caged before they savage someone else. Nonetheless, ruthlessly killing civilians is what cops do (and, in fact, they butcher more white folks than they do black ones). Cops “work” for the State; their only tasks are to protect it, enforce its laws whether good or bad, and plunder us for its enrichment. If protesters truly wished to end this reign of terror, they’d agitate to abolish police departments.

Instead, they call for more laws, more regulations, more “reform,” as Marxists always do. Is it mere coincidence that this recipe yields a centralized government with ever stronger police departments?

Of course, not all of Floyd’s alleged defenders are communists. Some are apolitical thugs who thrill at assault and arson; others are thieves hoping to walk away with a new flat-screen TV and a pair of Nikes; a few may sincerely, naively believe they’re demonstrating against cops’ cruelty. But the majority of those hurling rocks and waving signs aim to destroy our remaining liberties. Like virtually all Dimocrats and way too many Repulsivecans, they’re globalists striving to erase America. But then, communists have always espoused worldwide conquest.

Their philosophy is the enemy of all mankind, slaying its hundreds of millions and impoverishing survivors wherever sinners implement it. It is especially virulent against Christianity. Not only does communism violate just about every Biblical command, but Marx worshipped Satan. He deliberately constructed his system as a demonic parody of Christianity. No wonder every Marxist government persecutes believers, usually with prolonged and unbearable physical torture. One of those victims “urge[d] Christians not to be duped by Marxism’s benevolent disguise as a mere political or economic theory” because it encompasses so much more: “The ultimate aim of communism in conquering new countries is not to establish another social or economic system. It is to mock God and praise Satan.”

Given this antipathy towards our Lord, we might assume that His Church would abhor Marxism. We might also expect Christians to war against each of its varieties and descendants, whether Progressivism, socialism, feminism, environmentalism, critical theory, LGBTLMNOP, Antifa, Black Lives Matter, Democrats, Republicans, or even “Independent.”

Instead, Parson Goat shamelessly panders to these degenerates. He smears white Christians as racists, urges them to repent, and preaches the virtues of “tolerance.” His prattle on this topic is so squishy, so “nice,” that pinpointing his heresies is like chasing drops of mercury. Disguising his Progressive bilge in Christian rhetoric, he even cites Scripture as he pushes the Devil’s designs.

For example, one Parson Goat who has yet to re-open his doors emailed his congregation this week:

“I’m writing with a plea to Jesus’ church that Jesus’ blood-bought people will always be clear and articulate about the fact that racism isn’t only a social issue, it’s also a sin issue. …” 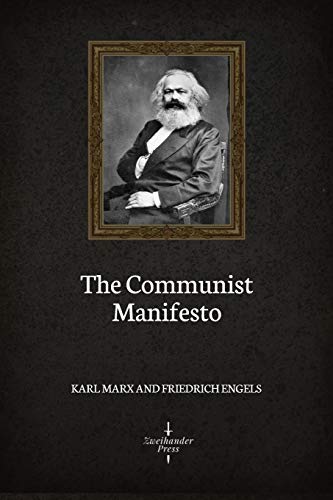 Yep, he’s right so far. God creates each human in His image; for anyone—black, brown, white, Asian, or a combination thereof—to despise those of differing hues challenges the Almighty’s wisdom and taste.

Unfortunately, Parson Goat didn’t quit while he was ahead: “… we may take different approaches and respond in different ways to the sin of the past week – for example, some of us will see a wisdom and need to peacefully protest”—in other words, to join the Marxists—“others of us won’t; some of us will believe one certain political action should be taken, others of us will support a different course of action.”

Nauseating, isn’t it? Parson Goat pretends that Marxism, with its murder, theft and horrific persecution of our brothers and sisters, is simply one alternative among many “political actions.”

He shoveled such baloney for two entire pages. Never once did he condemn the violence, looting and burning of those “peaceful protests.” Likewise, you’ll search his church’s website in vain for any discussion—let alone denunciation—of abortion, sodomy, official sexual assault (a.k.a. the TSA), etc. But in support of Marxists, he spouts paragraphs.

Nor is he alone. Another Parson Goat opined: “The vile brutality of racism in America has been unmistakable in recent weeks … we acknowledge that the bloody history of racially motivated violence in the United States continues to this day, we denounce any doctrine of racial superiority, and we join the many calls for systemic change”—that’s code for “Progressive agenda”—in a nation that has often failed to uphold God’s vision of justice and has persistently worked against people of color.”

Did this blasphemer tremble as he equated holy justice with Marxism?

“… We repent of the ways that we as Christians have far too often failed to adequately stand against the evil of racism and violence: diminishing its severity, averting our gazes, and even perpetuating such injustice deliberately or complicitly. … How long must our black and brown brothers and sisters be killed without consequence? …  How long will racial violence persist in this nation?”

Yet he never asks, “How long will Marxists murder, torture and tyrannize before Christians chastise them?”

“This [past] Thursday, June 4, at 8:30PM,” these apostates “lift[ed] our collective”—oh, what an appropriate word!—”voices to God in anger, frustration, sorrow, and confusion over the deaths of Ahmaud, Breonna, and George, and over the exhaustion and unrest that centuries of racism in America have caused our black brothers and sisters.” Do they ever lift them in fervent supplication for communism’s legions of sufferers?

Meanwhile, each of this mega-church’s five campuses continues closed “in compliance with the … State guidelines issued by Gov. Cuomo as well as Mayor de Blasio… .” (And yet, their Goats profess to “remain steadfast in our commitment to corporate worship … . Hebrews 10:24-25 is clear about the importance of gathering together to ‘spur one another on toward love and good deeds.’ As such, we will livestream services…” Add double-speak to Parson Goat’s other sins.)

Even “Christian” websites are onboard: “Racial reconciliation has been a hot topic in recent years… [T]hree essential steps to reach reconciliation: Lament, Confession, Reparations.” Yes!—and that despite Scripture’s prohibition on punishing children for the sins of their fathers. “…[M]ajority culture people need to embrace the idea of reparations, in whatever way they can, to reach true reconciliation. …this can look like anything from using your resources to open a memorial or museum, to passing the microphone to a minority person, raising up their voice over your own. …[R]eparation is not a punishment, it’s acknowledging that injustices robbed some communities of their opportunities, wealth or safety so that other communities could have those things. Reparation, therefore, ‘is about repaying or returning those things so as to restore equity.’” Absolutely. It has nothing to do with covetousness nor with reaping what you didn’t sow.

Contrast the Goat Herd’s opinions with these thoughts from a pastor who’s held services every week this year:

First, we have ordinary citizens who have done nothing wrong “locked down” on the mere theoretical suspicion that possibly something accidentally bad could happen (an infection that only 15% of the population will get and if they do then would have a 99.8% chance of surviving it per the CDC).

Anyone who dared to publicly gather to protest this arbitrary suppression of liberty was labeled a ”terrorist” and a potential mass-murderer by many in governmental offices. … Arrests were made…

Then, we see a new type of protester emerge … All kinds of abstract concepts of “fairness” and “race” etc were thrown about in a high-minded way by people not personally connected to [George Floyd]. These protesters were supposedly under the same limitations for public safety. But they were ignored by the governing authorities, many of whom now said that protesting governmental actions was a fundamental right that even the virus could not contain. Then these protests turned violent. Incredibly, many of the same public and governmental figures still defended allowing what had now disintegrated into rioting. 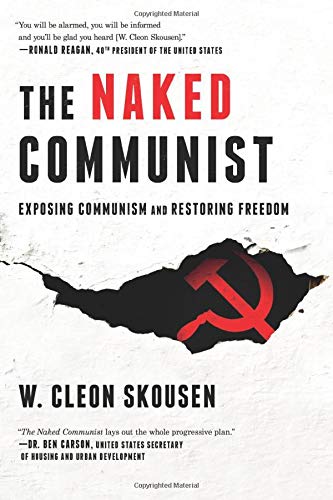 What is the difference?

The first type of protester was seeking to take away power from those who were ruling.

The second type of protester was supporting a certain ruling faction of those in power.

Therefore, one type of protest was opposed and another type was not only allowed but encouraged because some people see that as an enabler to their power. …

This is sin at its core…

Previous article by Becky Akers: When Repeated Petitions Are Answered Only by Repeated Injuries

War in the Arctic and Beyond The Insolent American Population Has Become a Pathetic Mass of Irrelevancy, and Ripe for Takeover