In the past, European political leaders yielded to the orders of their astrologers. Today, they refer to them identically to the statisticians of the Imperial College. In the past, the latter have provided them as much justification as they needed for their liberal hospital policy. Today, they predict millions of deaths without any scientific rigour. Thierry Meyssan reveals how these charlatans have taken control of the policies of the European Union, the United Kingdom and certain states of the United States.

In the early days of the Cold War, it was customary in the West to make fun of the blindness of the Soviets who believed in the nonsense of Professor Trofim Lyssenko. The First Secretary of the Party, Joseph Stalin, had banned the teaching of genetics and used Lyssenko as a scientific justification for Marxism, but he drew no practical consequences. Today the same mental illness has reached the West. Professor Neil Fergusson assures that statistics can predict the behaviour of living beings. This is stupid, yet many high-ranking political leaders believe it. Unfortunately, unlike the Soviets, they draw political consequences that ruin their countries.

The Creation of the European Centre for Disease Prevention and Control

For the past two decades, Western political leaders have been trying to use statistical knowledge of epidemics to determine the right decisions to be made in the event of danger. Following the SARS outbreak in 2003, the European Union established the European Centre for Disease Prevention and Control (ECDPC) in 2005. During the second half of 2008, this centre and the French rotating presidency organised a colloquium to study the advisability of closing schools to combat a flu epidemic and to determine when it should occur and when it should stop. There was still no talk of widespread containment of the entire population.

The main contribution was made by Professor Neil Ferguson and Simon Cauchemez from Imperial College London. It compared statistical data on school closures in Hong Kong in 2003 and 2008, on the impact of the teachers’ strike in Israel in 2000, on the impact of zonal holidays in France from 1984 to 2006, on the closure of schools infected with influenza in France in 1957, and on the impact of Spanish influenza in some US cities and in Australia in 1918. And it pointed out the inequalities and injustices associated with school closures in the UK and the USA.

From that point on, the problem was turned upside down. Experts had observed that school closures did not have a significant impact on the final number of deaths, but only on the speed of the spread of the disease. Their task was to provide a solution to the closure of hospital beds that were not occupied on a day-to-day basis. Statistics were no longer at the service of the health of Europeans, but of an ideology, that of the liberal management of the state.

Bernard Kouchner, the French Minister of Foreign Affairs who organized this symposium, was the one who, when he was Minister of Health (1992-93, 1997-99, 2001-02), began the reorganization of the French hospital system no longer according to medical criteria, but according to a logic of profitability. In about fifteen years, France has thus been able to make substantial savings by closing 15% of its hospital beds; savings that are derisory compared to the current cost of containment. 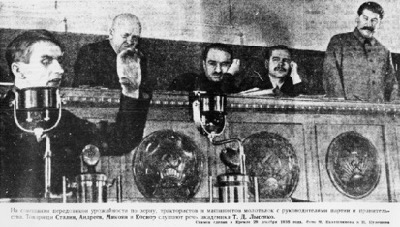 Professor Trofim Lyssenko claimed that, by applying Marxist dialectics to the natural sciences, he had demonstrated that petty-bourgeois genetic science was wrong. On this point, he said that just as the Party generated a new man, it was possible to modify the genetics of plants according to the organization of the fields. His nonsense became the official truth in the USSR during the Stalinist period. Science and ideology are always a bad combination. 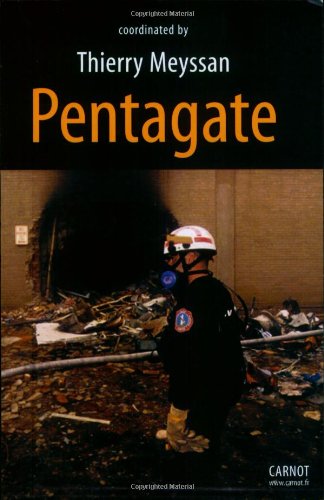 Professor Ferguson is still the European reference for epidemic modelling.

Yet it was he who, in 2001, convinced Prime Minister Tony Blair to have 6 million cattle slaughtered to stop the foot-and-mouth epidemic (a decision that cost 10 billion pounds and is now considered an aberration).

Regardless, he became an adviser to the World Bank and many governments. It was he who sent a confidential note to French President Emmanuel Macron on March 12 announcing half a million deaths in France. In panic, the latter took the decision for generalized confinement that same evening. It was also Professor Ferguson who publicly announced on March 16 that, if nothing was done, there would be as many as 550,000 deaths in the United Kingdom and as many as 1.2 million in the United States, forcing the British government to review its policy.

Simon Cauchemez, who was his right-hand man in 2009, now heads the modelling unit at the Pasteur Institute. He is, of course, a member of the Scientific Committee of the Élysée, where he proposed generalized confinement. This committee was set up by the Director General of Health, Professor Jérôme Salomon, the spiritual son and former technical advisor to Bernard Kouchner.

The Ferguson team’s seizure of power was based on an intellectual swindle. Mathematical biology” (sic) could justify the liberal management of health services.

Unfortunately, while statistics can be used to evaluate the effects of this or that measure after the fact, they cannot predict the behaviour of a living organism, a virus. A virus seeks to spread, not to kill, which it unintentionally does when the species in which it nests does not yet have appropriate antibodies. No virus will eliminate any species, including humans, because if it killed them all, it would disappear with them.

Incidentally, extrapolating influenza measures to the Covid-19 epidemic is absurd: influenza affects many children, not Covid-19, which in demographic terms only kills elderly people or people with diabetes or high blood pressure. Children infected with Covid-19 have a very low viral load, it is not even known to this day whether they are contagious.

Professor Ferguson admitted on March 22 that he had carried out his calculations on the Covid-19 epidemic exclusively with a 13-year-old database of influenza epidemics.

In fact, one cannot help but notice the drift of this guru, who is no longer content to justify liberal policies applied to public health, but has come to advocate depriving entire peoples of their freedom. To hide the reality of this drift, Professor Fergusson’s supporters distract the public’s attention by proposing the use of surgical masks, which we have already explained are of no use in the face of the epidemic [1]. 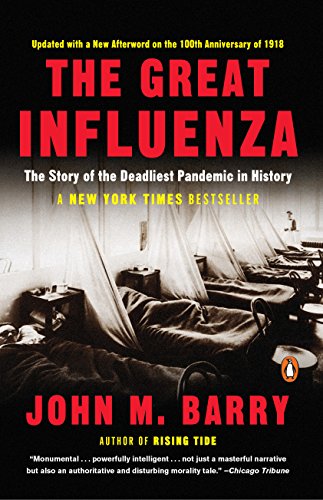 The Polemic with Professor Didier Raoult

These explanations shed new light on the polemic that opposed the disciples of Professor Neil Ferguson to those of Professor Didier Raoult [2]. Contrary to what has been said, this is not a problem of methodology, but of finality.

Neil Ferguson is a charlatan caught up in his swindle, while Didier Raoult is a clinical doctor. The followers of the former need dead people to believe in their religion, those of the latter care for their patients.

The problem we are facing is not a scientific debate, but a war of repeated errors against the scientific approach. It is astounding to hear members of the Scientific Council of the Élysée reproach Professor Raoult for not conducting comparative studies with a control group. In times of crisis, should a responsible doctor fail to treat some of his patients and deliberately sacrifice them?

[1] “Panic and Political Absurdity in the Face of the Pandemic” , by Thierry Meyssan , Translation Roger Lagassé , Voltaire Network , 7 April 2020.

Previous article by Thierry Meyssan: Panic and Political Absurdity in the Face of the Pandemic

There Are No Such Things as Constitutional Rights10th Amendment