I look at the coronavirus crisis differently from most people. To me, it’s the reopening of a 150-year-old scientific controversy that much of the western world has forgotten.

French scientist Louis Pasteur (1822-1895) is widely celebrated as “the father of germ theory”— the idea that we become sick when our bodies are invaded by foreign organisms such as bacteria, molds, fungi, and of course viruses. Although the idea had been circulating long before Pasteur achieved eminence, his laboratory work in the 1860s appeared to provide the scientific proof that had previously been missing.

What’s not widely known is that other French scientists working in the same field in that era held somewhat different beliefs, known as the “terrain theory”. They believed that the most important factor that determines whether or not a person becomes ill is not the presence of a germ, but rather the preparedness of the body’s internal environment (the “soil” or terrain) to repel or destroy the germ.

One of  the main terrain-theory scientists was Antoine Béchamp (1816-1908). Pasteur and Béchamp were bitter rivals over several scientific issues. The book Pasteur: Plagiarist, Imposter (R. B. Pearson, 1942) even suggests that Pasteur plagiarized some of his work from Béchamp—no doubt a sore point with the latter, who ultimately died in obscurity. Pasteur, by contrast, became a skilled self-promoter who literally managed to make his name a household word long past the time of his death. 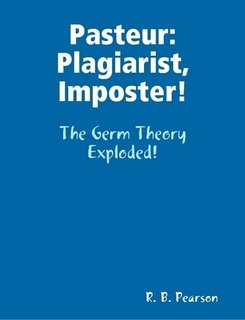 The other main proponent of the terrain theory was Claude Bernard (1813-1878), who (notwithstanding their differences of opinion on scientific issues) was a close friend and associate of Pasteur’s. At the end of his life, Pasteur is said to have recognized the importance of what Bernard had been trying to tell him, remarking, “Bernard avait raison. Le germ n’est rien, c’est le terrain qui est tout.” (Bernard was right. The germ is nothing, it’s the soil that is everything.)

In 1982, French scholar Marie Nonclercq published her doctoral thesis on Béchamp, alleging that Pasteur was not only a plagiarist but also a fraud and falsifier of experimental data. But regardless of Pasteur’s character, and regardless of whether he recanted at the end or not, what lives on after him is the mindset, clearly visible amongst most of today’s medical professionals and health care bureaucrats, that it is the germ (formally designated SARS-CoV-2) that has to be tracked down, isolated, avoided, and eradicated—and that’s all that matters. The “terrain”, to conventional modern thinkers, is nothing.

For instance, on the Ontario government’s website telling its citizens what to do about COVID-19, its advice consists entirely of measures designed to prevent people from coming in contact with the virus: stay home, wash your hands often, don’t touch your face, maintain physical distancing and wear a mask when you have to go out.

No mention is made of any measures individuals can take to ensure their immune systems are operating at peak efficiency (or as the French scientists would have put it, their terrain is well prepared to mount a defence). It’s almost as though the Ontario government doesn’t believe human beings have immune systems or that they’re of any use whatsoever. The only hope, Ontario seems to believe, is for a pharmaceutical company to patent a vaccine, because that is the only way that human beings can defend themselves against a virus, or acquire immunity.

In fact, Ontario and Canada have gone out of their way to discourage people from looking for methods of helping themselves. Ontario’s website says “there is no specific treatment” for COVID-19. End of story. Canada’s government-owned broadcasting company, the CBC, recently published this article denouncing “bogus cures” including vitamin C, zinc, medicinal mushrooms and oil of oregano.

This official attitude is utter nonsense—there is actually an abundance of scientific evidence supporting various nutritional supplements as being instrumental in preparing people’s immune systems to repel or overcome viral infections.

Take zinc, for example. Many COVID-19 patients have mentioned as symptoms the loss of their senses of smell and taste. According to the BBC, these symptoms affects as many as 18 percent of infected patients. This CNN article says that some people  will take days or weeks to recover these senses after having the virus, while others may take months or years.

But the loss of these senses is a well-established symptom of zinc deficiency, a fact not mentioned in either of the two articles cited, and apparently not known to most of the mainstream medical community. Yet here is a PubMed study connecting zinc deficiencies with “smell and taste disturbances”. Here’s one specifically connecting “older patients” with zinc deficiencies and loss of acuity in the senses of taste and smell. Both of these studies also mention that zinc deficiencies lead to impaired immune function or an increased risk of infection. Can medical “experts” and governments not connect the dots?

But rather than recommending adequate amounts of vitamin D to Canadians, Health Canada has for many years discouraged people from supplementing with it. “Most Canadians are getting enough vitamin D” says this government website, recommending only that people over 50 might want to take the paltry amount of 400 international units (IU) daily. Other Canadian governments pages recommend slightly more—this one, for instance, which says adults over 70 should take up to 800 IU daily. Never do their recommendations come even close to those of the Vitamin D Society, a consortium of scientists who study this subject. Their FAQ brochure recommends at least 4,000 IU daily to maintain a healthy serum vitamin D level.

But it gets worse. Vitamin D is actually free, if people would only go outdoors in the summer and expose their skin appropriately to the sun. These days, there are even cell phone apps that tell you when the sun is in the right position for your location, how long you should stay out, and how much of your body needs to be exposed in order to get the right dosage. The apps can also be used to determine how to prevent a burn. 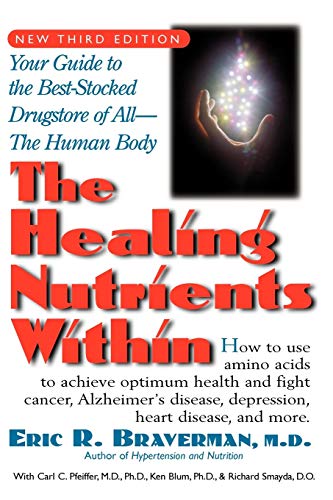 Instead of telling Canadians how to get this free vitamin, Health Canada has told them for years to do exactly the opposite: to slather on sunscreen every time they go outdoors in summer and never to expose their skin to the sun.

How many Canadians have died, and will continue to die, of unnecessary health ailments (including COVID-19) because their government has given them this extraordinarily bad advice?

Americans are no better off. The National Institutes of Health fact sheet on vitamin D recommends the same 800 IU maximum that Canada recommends. And it says, “The American Academy of Dermatology advises that photoprotective measures be taken, including the use of sunscreen, whenever one is exposed to the sun.”

That’s no surprise, really. The US government is bedded down even more cozily than the Canadian government with the pharmaceutical companies who will eventually be licenced to produce the sacred vaccine.

But while Pasteur’s germ-theory mindset reigns in officialdom, savvy consumers seem to be following Béchamp and Bernard, without ever having heard of them. Vitamin C, zinc lozenges, and more exotic supplements such as monolaurin (a derivative of coconut oil which in laboratory tests destroys the viral envelope in a manner similar to soap) have been flying off store shelves. Online sellers can’t keep them in stock as word spreads among the public that there’s more they can do than merely trust their governments.

Epidemiologists busily debate the pros and cons of lockdowns and masks in controlling the spread of the virus, but I have yet to see a single report of anyone who has thought to compare the serum vitamin D levels of those who succumbed, versus those who recovered, versus those who have never become infected. This is the sort of data they should be looking at, but imbued with the germ-theory mindset, they are allowing this valuable information to slip away.

I hope this article will change that.

How To Improve Zinc Uptake To Boost Immune HealthSurgical Masks