Brexit: Why the Threat of Higher Tariffs Wasn't Enough To Prevent It

Chris Johns at the Irish Times is dismayed by all the support he sees for Brexit among the Brits. Brexit has always been a divisive issue, with about half the voters supporting it. But Johns is vexed by the fact so many of Brexit’s boosters are — in Johns’s eyes—rooting against their own economic interests.

Johns notes, for example, that Brexit is likely to take a significant toll on British manufacturing, and will be problematic for incomes and tax revenues. Resigned to Brexit as a fact, Johns suggests trying to make the transition as painless as possible, but insists, “Britain will either be poorer or much poorer.” In other words, in the best case the UK will find a way to minimize the damage of Brexit.

That Brexit will be a net loss for British people is a given among Remainers. But that notion, so far, has been a tough sell. The official economic metrics—i.e., the government statistics—have pointed toward continued economic gains for the UK, even in the face of the supposed “uncertainty” triggered by Brexit.

But even if these numbers start to look less good, they still don’t tell the whole story. As some honest economists have admitted, there are just too many moving parts here to say with certainty the degree to which the UK economy has been affected by Brexit.

The data in itself is problematic, too. Government statistics have been devised to keep track of identifiable and countable events and dollar amounts. This is why numbers such as “unemployment rates” and “median incomes” form the backbone of government stats. They can be identified and counted with relative ease based on survey data or even direct observation.

But much of the concern over EU membership has focused on issues that are far harder to quantify, such as government regulations and lost opportunities. How exactly does one quantify a new regulation on British businesses handed down by EU bureaucrats? An individual business might be able to hazard a guess, but aggregate data is far less reliable and far less available.

Even harder to count is the opportunity cost of EU membership. As noted by EU critics, membership in the EU has limited the ability of the UK to expand trade outside the EU bloc. There’s no way to put a number on how much these lost opportunities have cost British households. Certainly some researchers have tried. But we end up debating the accuracy and relevance of the research. Ultimately, it all requires a judgment call as to whether or not EU membership is “worth it” to a specific person.

The “Psychic Profit” of Leaving the EU

Other things are even harder to quantify than lost opportunities. These are what many voters perceive as the cultural benefits of leaving the EU.

For example, a pro-Brexit voter might argue that British laws should be decided in Britain—even if this means paying a higher tariff to trade with France. This voter is saying that political independence is more valuable than selling goods to France at a lower tariff rate. Obviously, there’s no way to determine exactly how many dollars or pounds or euros “political independence” produces.

We’re now in the realm of “psychic profit,” which is the profit that a person perceives in his own mind from a certain action or state of affairs. The problem with psychic profits is that they are not quantifiable as money profits are. As economist Ludwig von Mises noted, “psychic qualities and not reducible to any interpersonal description in quantitative terms.” Moreover, Mises notes that the “psychic phenomena” from which these valuations derive involve “incalculable intensive magnitudes.” Even if a person values Brexit more than low-tariff trade, it’s impossible to put a number on how much more.

A similar accounting problem arises with the immigration issue. Some voters support Brexit because they suspect or hope that it will reduce immigration. In this case, some have concluded that their psychic profits are improved by being surrounded by people of similar language and culture.

Faced with the idea that greater controls on migrant labor could push up the cost of living, some may conclude the psychic cost of immigration is greater than the cost of an increased price for groceries.

All of this should illustrate that when we’re talking about a voter’s decision to support a certain policy, we’re not exactly employing an exact science. By supporting policies that might ultimately produce higher prices or higher foreign tariffs, one is not necessarily falling victim to economic illiteracy. One is simply taking a position that, in one’s mind, something that can’t be measured in pounds is more valuable than something that can be measured in pounds. There is a rational—and possibly well-informed—process of calculation going on here. It’s just a calculation that’s impossible to quantify.

Some economists find this sort of thing quite irksome, however. Johns, for instance, bemoans the fact that the “culture war” behind Brexit has led to ” the economy tak[ing] acceptable collateral damage.” He apparently means that voters have abandoned what he considers to be sound economic thinking in favor of “benefits” that can’t be counted on any ledger.

And this is the problem we so often run into with economists who continue to wallow in notions like “homo economicus” or the idea that things only matter if they can be quantified in an economic model. In the minds of pundits like Johns, people are irrational if they chose a policy that might reduce their incomes as measured in dollars or pounds. The reasonable thing to do, it is assumed, is to weigh every policy by its benefits, measured by countable jobs or income units.

A Political Problem: Who Profits?

This sort of analysis is helpful in political activism. It allows economists and pundits to say, “Look at how irrational these pro-Brexit crazies are! They’d rather impoverish themselves in the name of ‘self-government’ than be part of the European Union!” The implication is that knowledge of economics, rational thinking, and common sense all point toward EU membership as the “correct” choice.  This sort of analysis relies on discounting the psychic profit many believe they gain from a certain policy change.  Johns himself slips this into his column by emphasizing that Brexit voters are relatively old, white, have “low educational attainment” and engage in “infrequent use of smartphones.” Translation: Brexit voters are unsophisticated, uneducated, and probably racist and senile.

The fact that pro-Brexit voters are more rational than their opponents give them credit for doesn’t mean that everything is fine, though.

There is a political problem here that the economists often miss. But the problem doesn’t stem from the fact that people are taking positions based on ideological values rather than “hard numbers.”

The problem comes from the democratic majority’s ability to impose a preferred policy on the losing minority. In the case of Brexit, for example, nearly half the population appears to be either indifferent to membership in the EU or actively in support of it. And just as statistical economic data can’t tell us whether or not pro-Brexit supporters are “right,” it can’t make a judgment about EU supporters. Many EU advocates simply like the fact the EU hands down lots of environmental regulations to all member states. Supporters may like that EU membership (presumably) increases total immigration for reasons totally unrelated to economic factors. Some gain psychic profit just from supporting the idea of a politically united Europe.

But this doesn’t mean that this minority of voters ought to be forced into leaving the EU because 51 percent of the population says so.

The ideology underlying democracy offers no answer to this. We have a situation in which about half of the population believes that it profits (psychically or otherwise) from one policy. But about half of the population believes it profits from the opposite policy. This problem becomes even worse when reduced to a regional level. An outright majority of residents in Scotland, for example, opposes Brexit, and now that Brexit is a reality, a slim majority of Scots support independence. It would seem to violate basic notions of justice to insist that Scotland be held to the dictates of the English majority forever.

Scottish Separatists Are Now the “Crazy” Ones? 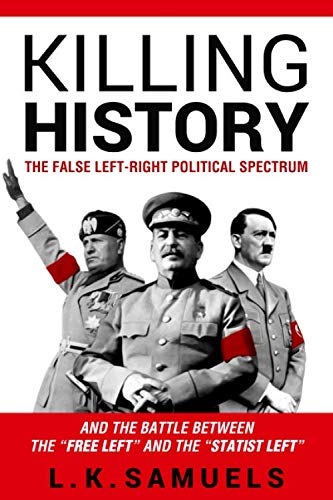 In spite of years of being told how economically inept they are for supporting Brexit, some are are now turning the same arguments on the Scots. This pundit, for example, might as well be saying  “look at those crazy Scots. They want to cut themselves off from their best trading partner (England)!” In the minds of those opposing independence, the dictates of economic good sense mean that Scotland should stay in the UK. But the anti-independence pundits may be making the same mistake the anti-Brexit pundits were making. It may very well be that pro-independence Scots feel that they would gain more from independence than from unity—even if government stats say otherwise. If many Scots truly believe this strongly, it will be very hard to convince them otherwise, no matter how many studies by economists are trotted out.

Ultimately, we’re still left with a political problem that can’t be solved by insisting all the intelligent people agree with us because our spreadsheets and bean counters tell us which political position is “best” for us.

None of this should be construed to suggest that sound economics is wrong. Of course low tariffs are better than high tariffs. Of course business owners ought to be free to hire workers regardless of what country those workers are from. Of course government regulations on businesses are a destructive burden, whether imposed by London or by Brussels. But the Brexit debate wasn’t really about whether high tariffs are better than low tariffs. It was about who should decide tariffs, and where and how. It was about issues far beyond whether or not an additional 1 percent growth could be wrung out of GDP. Many have tried to turn Brexit into just a debate about economic policy. But economics has never been a reliable guide as to what the right position on Brexit is.