Many Americans might consider it decidedly odd that the recent impeachment trial of U.S. President Donald Trump also featured constant vilification of President Vladimir Putin, to such an extent that one might have though that the Russian leader was also in the dock awaiting sentencing. The irony is, of course, that while “Russian interference” has virtually become a cliché, its actual impact on the 2016 election outcome was less than negligible.

Russia was cited seemingly incessantly by House Intelligence Committee chairman Adam Schiff, to include the always useful assertion that “if we don’t fight them over there [in Ukraine] we’ll have to fight them over here.” Even more ridiculous, Schiff suggested that if Trump were to lose the presidential election later this year, he might well refuse to accept the result and could be supported by an invading Russian army.

Senator Charles Schumer of New York delivered one of the more astonishing pre-impeachment vote diatribes, tying Trump to foreign interests. He said “No greater subversion of our democracy than for foreign powers to determine or elections… My fellow Americans, asking for foreign interference in our elections is a high crime. Our Nation was founded on the idea of truth.” Yet the same Schumer brazenly claimsthat he is the “protector” of Israel in the U.S. Senate, that his surname is derived from the Hebrew “shomer” which means “guardian.”

Strangely, the country that, acting directly and through proxies like Schumer, does regularly and openly interfere in American politics and elections is Israel, but it was not mentioned at all in the hours of testimony in spite of the fact that Trump’s partiality towards the Jewish state has done more actual damage to genuine U.S. interests than the Kremlin was ever able to do. One would have thought Israel and its kleptocratic leader Benjamin Netanyahu would have deserved at least a nod from Congress. 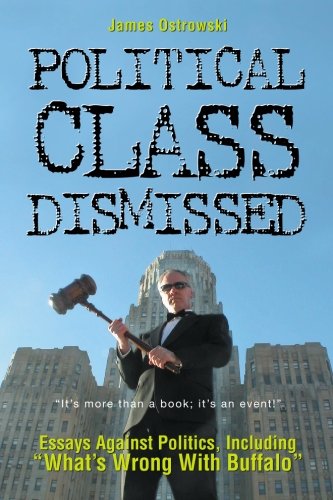 Indeed, Israel has been involved in American politics before, even if it is predictably never held accountable, and it has been suggested that Russiagate was really Israelgate based on what actually took place when shortly after the 2016 election, when Trump National Security Adviser designate Michael Flynn called Russian Ambassador Sergey Kislyak. The call was made at the direction of Trump son-in-law Jared Kushner, who, in turn, had been approached by Netanyahu, who not coincidentally is a family friend of the Kushners.

Netanyahu had learned that the Obama Administration was going to abstain on a United Nations vote condemning the Israeli settlements policy, meaning that for the first time in years a U.N. resolution critical of Israel would pass without drawing a U.S. veto. Kushner, acting for Netanyahu, asked Flynn to contact each delegate from the various countries on the Security Council to delay or kill the resolution. Flynn agreed to do so, which included the call to the Russians. Kislyak took the call but did not agree to veto Security Council Resolution 2334, which passed unanimously on December 23rd.

What exactly did Kushner seek from Flynn? He asked the soon-to-be National Security Adviser to get the Russians to undermine and subvert what was being done by the still-in-power American government in Washington headed by President Barack Obama. In legal terms this does not quite equate to the Constitution’s definition of treason since Israel is not technically an enemy, but it most certainly could be construed as covered by the “conspiracy against the United States” statute that Special Counsel Robert Mueller exploited in his investigations.

Currently, Israel may just turn out to be part of last week’s story of the astonishingly inept Democratic Party caucus in the state of Iowa. Award winning investigative journalist Max Blumenthal has provided the back story relating to the app that was developed to expedite Iowa’s voting but which instead delayed the reporting of the results for nearly a week. It now appears that the app might be part of an operation being funded by Jewish billionaires with close ties to right wing Israeli settler groups who are opposed to Senator Bernie Sanders and supporting Mayor Peter Buttigieg. The failed app that caused the problem was developed by a company called Shadow Inc., which was staffed by former Hillary Clinton and Barack Obama supporters and funded by billionaire Seth Klarman, who also is a major contributor to Pete Buttigieg’s campaign and also has been linked to former and current senior members of the intelligence community. The Iowa Democratic Committee reported that the software that included the app was paid for by the Buttigieg campaign, “Pete for America Inc.”

Klarman is a deeply committed hard line Zionist. Blumenthal described in a separate article how “Klarman has been a top funder for major Israel lobby outfits, including those that support the expansion of illegal settlements and Islamophobic campaigns. Klarman was the principal financier of The Israel Project, the recently disbanded Israeli government-linked propaganda organization that lobbied against the Iran nuclear deal and backed the Israeli settlement enterprise. Klarman has heaped hundreds of thousands of dollars on the Middle East Media Research Institute (MEMRI) and the American Jewish Committee. And he funded The David Project, which was established to suppress Palestine solidarity organizing on college campuses across the U.S. and battled to block the establishment of a Muslim community center in Boston.”

Klarman also financially supports major Israeli lobbying and disinformation organizations to include AIPAC-founded Washington Institute for Near East Policy (WINEP) and the anti-Iranian neocon think tank Foundation for the Defense of Democracies (FDD. Blumenthal also reports that Klarman owns the Times of Israel, which once called for Palestinian genocide.

The delay in the Iowa results just might have been deliberate, possibly caused by the Shadow app. The New York Times review of the caucus results concluded that they were “riddled with errors and inconsistencies,” with tallies that are “internally inconsistent, that were missing data or that were not possible under the complex rules of the Iowa caucuses. In some cases, vote tallies do not add up. In others, precincts are shown allotting the wrong number of delegates to certain candidates. And in at least a few cases, the Iowa Democratic Party’s reported results do not match those reported by the precincts.”

Apart from possible fraud or even a hack, Senator Bernie Sanders, who appeared to be heading for a win, found that the inconclusive and even disputed result denied him momentum and a victory speech heading towards this week’s primary in New Hampshire. It also allowed Buttigieg to preemptively declare a predicted win on twitter even before any votes had been counted: “By all indications, we are going on to New Hampshire victorious. #IowaCaucuses.” And it is possible that worse is to come as the Democratic National Committee (DNC) head Tom Perez is tweeting his intention to “recanvass,” which would mean a complete review of all work sheets and might even require new voting. It could conceivably cost Bernie a win. Sounds a bit like a conspiracy, doesn’t it?

It is, in fact, remarkable the extent to which Buttigieg has hardened his line supporting Israel. He has abandoned his commitment made last June that he would withhold aid from Israel if it were to seek to annex more of the West Bank, saying then that “If Prime Minister Netanyahu makes good on his threat to annex West Bank settlements, he should know that a President Buttigieg would take steps to ensure that American taxpayers won’t help foot the bill.”

Buttigieg also is on record as having said in October “I think that the aid is leverage to guide Israel in the right direction…that our policy goal will be to do what you do when a friend is moving in a way that you’re worried about, which is to put your arm around them and guide them somewhere better.”

Presidential aspirant Pete Buttigieg is not saying that any more. Mondoweissreports an exchange he had in a speaking engagement in Iowa on January 29th with IfNotNow organizer Elias Newman:

Buttigieg: The U.S. cannot be promoting annexation, like it is under this president. By the way, I am not talking about withdrawing aid or withdrawing our support from Israel–

Newman: You’re not willing to make good on your commitment–

Buttigieg: Well, if you’re asking me to commit to withdrawing American support for Israel, the answer is no.

Newman: I asked you a ‘yes’ or ‘no’ question….are you committed ‘yes’ or ‘no’, to withdrawing aid for the occupation

Buttigieg: I stand by what I said about this.

Newman: What, just now or a couple months ago?

Buttigieg: So, if you’re asking me in light of the president’s proposal, I would withdraw aid from Israel? The answer is no.

In short, Buttigieg is a manufactured corporate candidate who is little more than an empty suit, having no core values whatsoever apart from seeking to become the first gay president. The Establishment is comfortable with him and he is good-looking, seemingly affable and articulate, though he suffers from an unpronounceable surname. He has now checked the box making him acceptable to the Israeli government and its powerful domestic lobby, which have always been suspicious of Trump even as he gives them gift after gift. Being Israel-friendly is also a must with the mainstream media.

But perhaps the more important question must be related to the actual extent of Buttigieg’s possible involvement in another DNC/Clinton inspired and Israel-supporter financed scheme to stop Bernie Sanders. There are indications that Zionist attack ads directed against Sanders have already been and will continue to be surfacing. No one is seemingly asking, for example, whether the Shadow Inc. app, which was vulnerable to hacking, might have actually been able to change the vote totals without leaving an electronic footprint? Or was it designed to fail, casting doubts on the caucus result, which would most hurt a surging Sanders? Someone should ask Pete if we “have seen the last of anything like the app that he and his apparent paymasters unleashed in Iowa to subvert the electoral process?” Stay tuned.

Previous article by Philip Giraldi: Why Both Republicans and Democrats Want Russia To Become the Enemy of Choice

National Fire Sale ‘I Live On a Different Planet’