What's Paleo, and What's Not

In a recent Townhall commentary, the young author Michael Malarkey marvels over “the resurgence of refined paleoconservatism.” Supposedly Donald Trump has absorbed quintessential paleoconservative positions and is now putting them into practice. This now triumphant creed is “a political stance that posits the importance of strong borders, economic protectionism, and vehement anti-interventionism.” According to Malarkey, “[Trump’s] political orientation resembles that of Patrick J. Buchanan, a wildly influential former Nixon aide…and lifelong ‘Paleocon.’”

As the person who invented or co-invented the term under consideration, it seems to me that Malarkey doesn’t know much about the “stance” or movement that he claims is now surging. Exactly how many self-described paleocons are serving in Trump’s administration? Except for the editorial board of this magazine, how many conservative or Republican publications have identifiably paleoconservative names on their mastheads? How many paleos are on the executive boards of foundations, or even invited to participate in conservative movement events? I can’t think of a single name—certainly not mine.

In 2016, I teamed up with another paleoconservative, Boyd Cathey, and a paleo-libertarian, Walter Block, in collecting the names of academics for a declaration of support for then-candidate Trump. Our list was taken over by the West Coast Straussian website American Greatness, whose editorial board proceeded to delete our names before posting the document. The vanished names were hardly an oversight, any more than when the anti-clericalist French command after the Dreyfus Affair removed from consideration for promotion the name of every officer seen walking into a church on Sunday. The West Coast Straussians undoubtedly remembered which side we took when Southern conservative literary scholar M.E. Bradford tangled with their mentor Harry V. Jaffa. They, not we, were in a position to make their displeasure known.

Malarkey speaks of a “refined” paleoconservatism that has taken the place of the older kind and which now seems to be ascendant. Paleoconservatism, we are told, has captured the mind and imagination of the president partly because it “lacks the religious sanctimony and fundamentalist undertones of prior decades.” Curiously enough, I have no recollection of these qualities being present in the movement in question when I was part of it in the 1980s. But then I’m not sure that Malarkey understands the paleocon movement, the return of which he’s celebrating. I bet he couldn’t name a single paleoconservative other than Pat Buchanan, who, by the way, was not yet a paleoconservative, when he was Richard Nixon’s speechwriter.

Malarkey is correct that paleoconservatism is, or was—among other things—a “political stance.” Its representatives resisted neoconservatism and assumed positions that were in opposition to those of its influential opponents. But they also drew on older conservative thought, going back into the interwar period, which incorporated both European and American traditions of thought. Paleoconservatism was the last recognizably rightist form of the conservative movement, if we exclude some Alt-Right bloggers who, although occasionally worth reading, hardly form a coherent movement. It was precisely this rightist gestalt that has made the paleoconservatives and their efforts to represent the Old Right so profoundly distasteful to Conservatism, Inc.

These holdouts have never accepted equality as a “conservative” principle; they continue to believe in traditional gender distinctions and are not especially bothered by the hierarchies that existed in pre-modern communities. They also make faces when they hear the vague platitude “human rights”—what Richard Weaver called a “god term”—thrown into a conversation. Although paleos believe in universally applicable moral standards, they insist that rights are historic and attached to particular societies with their own histories. Paleoconservatives also believe the U.S. was founded as a “constitutional republic,” not as a “liberal democracy.” Perhaps most controversially, they stress lines of continuity extending from the civil rights and immigration legislation of the 1960s to the cultural and political transformation of our country that is now going on. Often attacked as racists or xenophobes, the Cassandra-like paleos are neither. They have boldly pointed out developmental connections that others choose to ignore.

Those who present such views have been denied a place at the table of Conservatism, Inc. They have been pushed off the boards of conservative journals, fired by conservative think tanks and shunned by the employees of both. Fox News and other conservative movement outlets have opened wide their doors for “proudly homosexual conservatives,” transgendered Republicans, and feminist-lesbian Trump voters. But conservative gatekeepers have kept paleoconservatives as far as possible out of public view—and out of employment at conservative publications and foundations. Occasionally we are told that West Coast Straussians, like Michael Anton or Chris Buskirk, who defend Trump’s presidency are “paleos.” But this is factually dubious, since the West Coast Straussians have long been enemies of the paleoconservatives and in fact helped to marginalize them. And for good reason, since the worldviews of the two sides are radically opposed, the Straussians believing in the American “experiment” as the working out of the principle of equality, often through war, and the paleocons being deeply critical of equality as a political or social project.

Of course, one can find articles in The Claremont Review of Books or on the American Greatness website (both West Coast Straussian organs of opinion) with which paleos would agree, especially on immigration and LGBTQ activism. In the same way, it is also good to see that investigative reporters like Gregg Jarrett and Sara Carter, and conscientious congressmen like Matt Gaetz and Jim Jordan, are resisting the work of the Democrats and mass media to dump “a duly elected president” and push the country into intersectional madness. Although the paleo right has not been allowed into the conservative media conversation about this or any other issue, we are still able to join sides, which I’ve done, against the plainly corrupt, totalitarian left and its mainstream media defenders.

Admittedly, paleos have expressed views over the years that have raised my own eyebrows. Pace some longtime comrades-in-arm, there is considerable evidence that American revolutionaries in the 1770s were influenced by John Locke and natural rights theory. Although Lockean natural rights concepts were not the only influence on their thinking, and perhaps less significant than other influences, such as the Bible and Protestant theology, it is questionable that the passage in the Declaration of Independence about “all men are created equal” (which the Jaffaites and neocons have turned into the American civic religion) appeared there entirely by accident. I have also criticized the tendency of at least some paleos to ascribe to the Israeli government all neoconservative mischief. I’ve yet to see proof that Israeli leaders are responsible either for installing the many neoconservative presidential advisers, or in pulling the strings of the impressionable W. to launch the Iraq War, which most Israelis, to my knowledge, did not support.

I could easily expand this list of demurs concerning my stated differences with other paleos, but that may be less useful than pointing out what makes these dissenters indispensable to the Right. There can be no doubt about where they stand in relation to the cultural left. Unlike Conservatism, Inc., these warriors are determined to roll back the left without making concessions or triangulating to advance their careers. They oppose with special vigor the intersectional left and the forces that have brought it into existence. Although the Old Right and its paleo defenders have been criticized as backward-looking, their veneration for “dead white males” is also one of their many strengths. They read deeply, including classics, unlike the “conservative” media stars whom I hear popping off on opinion programs. 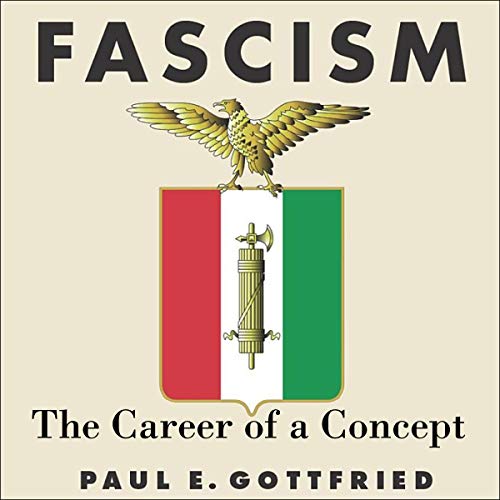 Lest my gist be missed, let me cite a recent syndicated commentary by National Review editor Rich Lowry that chides Democratic presidential candidate Andrew Yang for stating that automation may cost Americans jobs. Although Lowry finds Yang, a tech entrepreneur, to be a “winsome and refreshing candidate,” he is deeply concerned that Yang is raising a “non-problem” when he warns about the effects of a robotized work force.

An actual conservative would have more serious problems with Yang, for example, his zealous advocacy of LGBTQ causes and his views on immigration, which are every bit as appalling as those of most of the rest of the Democratic presidential field. But Lowry, who specializes in ignoring divisive social issues except when he attacks Trump or those further on the right, prefers to embody the image of an emasculated Right. Paleos, by contrast, understand that a cultural war is taking place in which the right is barely showing up to fight. For the Old Right and its current representatives, it is far more important to prosecute that war than to declaim for the nth time against the global warming lobby or some commercial regulation.

Further, the fevered attempts of Conservatism, Inc., to isolate paleoconservatives indicates an understandable anxiety. Establishmentarians have no interest in calling attention to an unabashed, undiluted right. For a self-described conservative movement that has moved toward the left while misrepresenting its actions, a less compromised right is naturally unsettling. But, unless I’m mistaken, paleoconservatives will continue to stalk the house of Conservatism, Inc. They will do so while adapting to a new age, as the perennial ideas of true conservatism flower in the minds of a younger generation.

Our present outcasts may someday be in a position to influence American conservatism. It wouldn’t be the first time that has happened.

Previous article by Paul Gottfried: Is Buchanan Right about Democracy?