Why Your Sons Refuse to Read

A few years back, my friend Mike McMullen and I were driving to Oklahoma for a seriously incorrect weekend of eating, drinking, and shooting, when Mike posed a question. He asked if I had time to take a look at a novel he was working on.

An engineer by profession and an outdoorsman by inclination, Mike did not strike me as a would-be novelist.

“What’s it about?” I asked. “We’ve got another hour so. We can just talk it through.”

“A Martian!” I laughed. “Stop right there. Don’t send me your book. In fact, don’t tell me another word. Start the novel over.”

“What should my guy run into then?” Mike asked defensively. 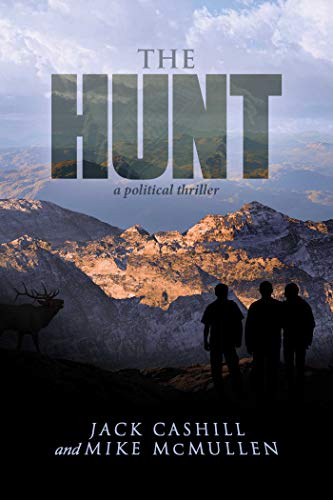 “How about a Muslim terrorist,” I suggested. And so was born The Hunt, a political thriller from Permuted Press available December 10 wherever you buy books. Or, for a collector’s item signed by both Mike and me, check out TheHuntBook.com.

What prompted me to embark on a novel was the research I had recently been doing on the increasing failure of young males in academic settings. I cite Kansas as an example here only because the Kansas State Department of Education (KSDE) does a good job of testing its students and making test results available.

The KSDE does not break the scores out by gender, but if it did, the boys would be the ones pulling the numbers down. They pull the language numbers down wherever tested.

High school failures lead to underperformance in college. In 2018, for instance, females earned nearly 59 percent of all the academic degrees awarded in the United States. The Department of Education expects the trend to continue. By 2027 women are projected earn 151 college degrees for every 100 degrees earned by men.

One major reason for male failure is the effete dreck boys are assigned to read in schools. A recommended high school reading list from the library in Montgomery County, Maryland, an affluent Washington suburb, speaks to the problem everywhere. Some samples:

Crunchtime: When Events Outrun Plan B Reasons Why Many People Refuse the Flu Shot: Facebook Has No Business Censoring This Information