Will the Federal Reserve Make Trump a New Herbert Hoover? Is the US Economy Primed for a 1929-Style Shock?

In recent months US President Trump has pointed repeatedly to his role in making the American economy the “best ever.” But behind the extreme highs of the stock market and the official government unemployment data, the US economy is primed for a 1929-style shock, a financial Tsunami that is more influenced by independent Fed actions than by anything that the White House has done since January 2017. At this point the parallels between one-time Republican President Herbert Hoover who presided over the great stock crash and economic depression that was created then by the Fed policies, and Trump in 2019 are looking ominously similar. It underscores that the real power lies with those who control our money, not elected politicians.

Despite proclamations to the contrary, the true state of the US economy is getting more precarious by the day. The Fed policies of Quantitative Easing and Zero Interest Rate Policy (ZIRP) implemented after the 2008 crash, contrary to claims, did little to directly rebuild the real US economy. Instead it funneled trillions to the very banks responsible for the 2007-8 real estate bubble. That “cheap money” in turn flowed to speculative high-return investment around the world. It created speculative bubbles in emerging market debt in countries like Turkey, Argentina, Brazil and even China. It created huge investment in high-risk debt, so called junk bonds, in the US corporate sector in areas like shale oil ventures or companies like Tesla. The Trump campaign promise of rebuilding America’s decaying infrastructure has gone nowhere and a divided Congress is not about to unite for the good of the nation at this point. The real indicator of the health of the real economy where real people struggle to make ends meet lies in the record levels of debt. 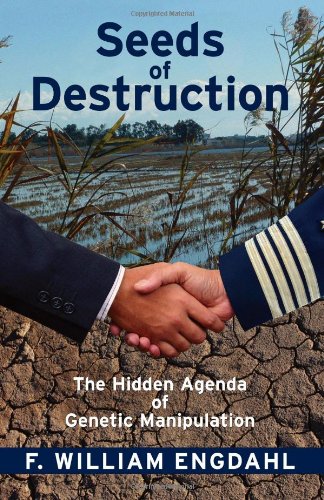 Today, fully a decade after the unprecedented actions of three presidents, the US economy is deeper in debt than ever in its history. And debt is controlled by interest rates, interest rates ultimately in the hands of the Fed. Let’s look at some signs of serious trouble which could easily put the economy in a severe recession by this time in 2020.

On September 25 the corporate bond debt of Ford Motor Co., which unlike GM refused government nationalization in 2008, has just been downgraded to “junk” status by Moody’s, who said Ford faces “considerable operating and market challenges…” It affects $84 billion in company debt.

Junk rating means than most insurance companies or pension funds are banned from holding the risky debt and must sell. Before Moody’s rated Ford bonds at the lowest just prior to junk, BBB. The problem is that over a decade of Fed low interest rates, corporations have taken greater debt risks than ever, and the share of BBB-rated or “at risk of junk” bonds today has risen to more than 50% of all US corporate bonds outstanding. At the start of the crisis in 2008 BBB-rated bonds were only a third of the total. That amounts to more than $3 trillion of corporate debt at risk of downgrade to junk should the economy worsen, up from only $800 billion a decade ago. Ten years of unprecedented ultra-low fed interest rates are responsible. Moody’s estimates that at least 47 other multi-billion US corporations are vulnerable to junk downgrades in a sharp economic downturn or with rising interest rates. The most mentioned are the aerospace and electrical conglomerate GE which among other things makes jet engines for troubled Boeing.

Corporate debt in the USA today is a ticking time bomb, and the Fed controls the clock. Today total corporate debt exceeds $9 trillion, an all-time high, a rise of 40% or $2.5 trillion since 2008 according to the St. Louis Fed. With the ultra-low Fed interest rates since 2008, companies have doubled the debt outstanding but debt cost has risen only 40%. Now in recent months the Fed has been raising interest rates directly and indirectly via Quantitative Tightening. The most recent token .25% rate cut does little to change the grim outlook for the US bond market, the heart of the financial system.

Ford among other problems is being hit hard by the global downturn in the auto sector. In the USA car dealers have become so desperate to sell cars as consumers are choking on record levels of personal debt that they have recently offered 8-year car loans. For the past two years the Fed has been slowly ratcheting interest rates higher. The predictable result has been rising default on household debts, especially car loans. As of April, 2019 a record 7 million Americans were 90-days or more behind in car loans, some 6.5% of all auto loans. More than 107 million Americans have car loans today, up from 80 million in 2008 and an historic record. The rise in defaults parallels the Fed monetary tightening graph.

“Quantitative Tightening” (QT) and the Coming Bubble Bust: Will the “Federal Reserve” Engineer the Next Financial Crash to Topple Donald Trump?

Both Ford and GM are announcing thousands of job layoffs as the economy slows and consumer debt reaches dangerous levels. Ford is cutting at least 5,000 jobs and GM 4,400 in US operations. Tens of thousands more layoffs are deemed likely in coming months if the economy worsens.

Then the private US Institute for Supply Management just reported that its index of manufacturing industry contracted to the weakest since June 2009, the depth of the economic crisis a decade ago. In the survey companies cited uncertainties related to the China trade war of Trump as the major factor behind depressed hiring and business activity. Trump then attacked the Fed for not moving fast enough to lower rates.

One indicator of the precarious state of the USA real manufacturing economy is the deepening recession this year in the trucking industry, the sector that moves goods through the country. In September 4,200 truck drivers lost their jobs as freight rates plunged owing to lack of goods traffic. In the first six months of 2019 around 640 trucking companies went bankrupt, three times the number a year before when Fed rate impacts were still low and trade war consequences far less clear. In June trucking loads were down more than 50% in June compared with June 2018 in the trucking spot market. Rates also dipped by as much as 18.5% over that same period.

The volume of freight shipped by all modes in the US has been sinking dramatically. Freight shipments within the US by truck, rail, air, and barge fell 5.9% in July 2019, compared to July 2018, the eighth month in a row of year-over-year declines, according to the Cass Freight Index for Shipments, which excludes bulk commodities such as grains. This decline, along with the 6.0% drop in May, were the steepest year-over-year declines in freight shipments since the Financial Crisis of 2008.

Far from realizing the lessons of the US sub-prime housing debt crisis leading to the global crisis of 2007-2008, the banks have quietly moved back into making dodgy loans. Moreover, the two quasi-government mortgage lending guarantee agencies, Fannie Mae and Freddie Mac are in worse shape than during the 2007 sub-prime real estate crisis.

Nonetheless in March, 2019 the President signed a Memorandum calling for steps to end the ten-year Government conservatorship of the two agencies. However, as several officials recently testified, “The U.S. housing finance system is…Worse off today than it was on the cusp of the 2008 financial crisis.” That, despite $190 billion of taxpayer bailout to the two agencies. By a Congressional directive Fannie Mae and Freddie Mac are allowed to hold a loss buffer capital reserve of combined $6 billion. However they own or guarantee almost $5 trillion in mortgage securities. Many of those mortgages are of dubious or dodgy credit quality like before 2007, as banks look for higher interest rate yields. If the overall economy worsens in the coming year in the run-up to November 2020 elections, home mortgage defaults could soar. It has been estimated that

“if just 0.12% of Fannie and Freddie’s mortgages go bad (about one-tenth of 1%), it would wipe them out completely. They’d have no capital left. And without a government bailout, they might cease to exist altogether. That could quickly lead to a new mortgage loan crisis.”

The key to the US economy is debt and debt is at an all-time high for US Government, whose deficit is rising annually at more than $1 trillion, for corporations with record debt and for private households where home mortgage debt, student loan debt and car loan debt all are at record high levels. Student loan debt reached $1.46 trillion by January 2019, with serious delinquency rates much higher than any other debt type. Mortgage debt accounted for $9.12 trillion. Total private household debt was a record $13.5 trillion. If we add to this precarious economic debt the situation in American agriculture where farmers face the worst crisis since the early 1980’s, it is clear that the economic miracle of the Trump era is far from stable.

To wit, one of the most noted features of recent US economic growth, the US shale oil recovery of 2018 that made America the world’s largest oil producer, has all but flattened out this year as world oil prices fall sharply. The fall is threatening many US shale oil producers many of whom borrowed by issuing blow investment of high interest yield junk bonds in hopes of a recovery from the price collapse after 2014. Even an attack on Saudi oil infrastructure and threats of war in Iran and Venezuela have not stopped the price slide in oil in recent weeks. If oil prices continue to fall below $55 a barrel a new wave of bankruptcies and closings in the US energy sector will follow, most likely in 2020 just in time for the US elections.

From 1927 to 1929 the Fed deliberately created then burst a stock bubble using interest rates. Republican President Hoover signed the Smoot-Hawley Tariff act in 1930 to defend American industry, resulting in a trade war that was blamed along with Hoover for the Great Depression that was brought on by an economy bloated with debt and easy money during the Roarin’ Twenties boom. Hoover was blamed and lost re-election to Democrat FDR with his New Deal. Behind all were the actions of the Federal Reserve, the real power. Soon it will be clear if 2020 will be a modern era repeat of the Hoover script, this time with a Democrat whose “New Deal” will likely be green.

The Best of F. William Engdahl

F. William Engdahl is strategic risk consultant and lecturer, he holds a degree in politics from Princeton University and is a best-selling author on oil and geopolitics, exclusively for the online magazine “New Eastern Outlook”.

Comrade Elizabeth Warren Blames Businesses for Everything Will the Clintons Destroy the Democratic Party?