Former special counsel Robert Mueller’s testimony to congress was supposed to bring new clarity to the Russiagate drama – but Americans tuning in quickly realized the much-hyped event was turning into a “disaster” for Democrats.

Mueller was not the clear and confident prosecutor Democrats had been expecting, but instead struggled to answer questions and even forgot some key details from his report into disproven “collusion” between the 2016 Trump campaign and Russia.

The Democrats at Mueller’s Congressional hearing.
“Oh Noooooooooo. This is a Disaster” pic.twitter.com/CE4JjHIigB

No collusion. No obstruction, No impeachment. Shut the coup cabal down! 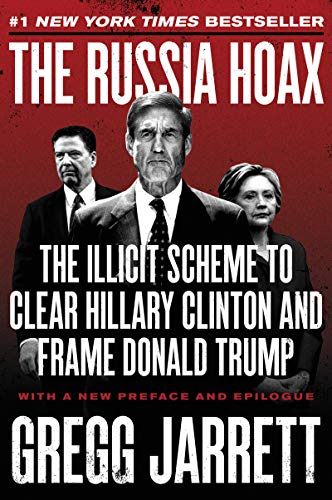 While Mueller reiterated that his investigation “did not establish” collusion, he also contradicted Trump’s claims that his final report amounted to a “total exoneration.” Yet, despite repeated prodding, Mueller didn’t offer Democrats any new information or analysis and didn’t seem able to easily rebuff attacks from Republicans.

One Republican tweeter thanked the Democratic party for having “destroyed Mueller’s credibility in front of the entire nation.”

Another mused that Mueller’s performance was so bad that Democrats might start blaming his “incompetence” for his failure to prove collusion between Trump and Russia.

Republicans are discrediting Mueller to the point that Dems will start saying the only reason collusion wasn’t found is that Mueller was incompetent. #MuellerHearings

Yet, despite his sluggishness, Mueller was, however, able to debunk a few persisting conspiracy theories. He told Democrats point blank that the Trump administration did not curtail his investigation in any way – and confirmed that his team found no evidence that Russia was in possession of compromising information (or “kompromat”) on Trump. “Another plank of the conspiracy theory destroyed,” tweeted reporter Aaron Mate.

Mueller says his investigation found no evidence that Russia has kompromat on Trump. What a shocker, another plank of the conspiracy theory destroyed.

There goes one conspiracy theory out the window before the first hour is even over: https://t.co/ooaImlo6vq

When desperate Democrats attempted to tee Mueller up to pin Trump for obstruction of justice or to push the former special counsel into hinting at support for impeachment, Mueller refused to be led, preferring not to veer very far from his previous public comments.

That was the sound of air coming out of the democrats’ impeachment balloon.#MuellerTime

The media’s talking heads chimed in too, with Fox News’ Chris Wallace saying the first of two hearings had been a “disaster for Democrats.” A similar assessment was found on anti-Trump MSNBC, with Chuck Todd commenting that “on optics, this was a disaster.”

The White House itself quickly came out with a statement calling the hearing an “epic embarrassment” for Democrats.

The Car That Almost WasThe Thoughtless Waltz Into War on Iran