A Nation Betrayed: The Backstory of Why Ross Perot’s 1992 Presidential Campaign Was Sabotaged

This powerful video discusses the little known backstory of why 1992 presidential candidate Ross Perot was blackmailed and intimidated to drop out the race. As I pointed out in a previous LRC blog, none of this crucial information will be reported in mainstream regime media reports on the death of Perot. 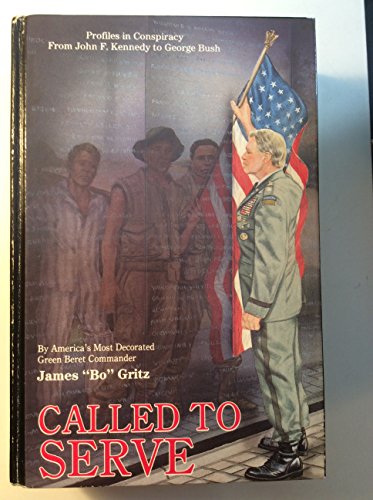 James Gordon “Bo” Gritz is a former United States Army Special Forces officer Green Beret colonel & Delta Force commander who served for 22 years, including in the Vietnam War. I met and discussed the factual issues presented in the video with him in August 1999. They are detailed in his authoritative book, Called To Serve: Profiles in Conspiracy From JFK to George Bush (of which Colonel Gritz presented to me an autographed copy). Gritz was privately commissioned by billionaire Ross Perot to attempt POW rescues in conjunction with the Vietnam War POW/MIA issue. In 1986, after a trip to Burma (now Myanmar) in the Golden Triangle to interview drug kingpin Khun Sa regarding possible locations of U.S. POWs, Gritz returned from Burma with a videotaped interview of Khun Sa purporting to name several officials in the Reagan/Bush administration involved in narcotics trafficking in Southeast Asia. Among those named was Richard Armitage, who later served as Deputy Secretary of State during George W. Bush’s first term as president. Gritz believed that those same officials were involved in a cover-up of missing American POWs. Perot later confronted George Herbert Walker Bush with the conclusive damning evidence Gritz had uncovered. Bush did nothing. A frustrated Perot became adamantly determined to challenge President Bush in his 1992 re-election effort. Bush and deep state forces had other plans for the insurgent Perot.