I will meander a bit.  I think there is a common thread throughout this post, but I probably won’t spend too much time to try and tie it all together.  In some fashion, an idea buried in here might end up being a chapter in the book; perhaps your feedback will trigger something in me that will point to how and why.

…this vicious attack on Dr. Paul from Nicholas Sarwark is really awful. Read it and weep for our movement.

My interest is not in Sarwark’s attack.  I haven’t bothered reading this most recent attack from Sarwark, as I have dealt with him in the past (here, then here); nothing surprises me here.  My interest is in Walter’s comment regarding “our movement.”  I have addressed this issue once before, but given the path I have walked since then I feel it is worth addressing again. 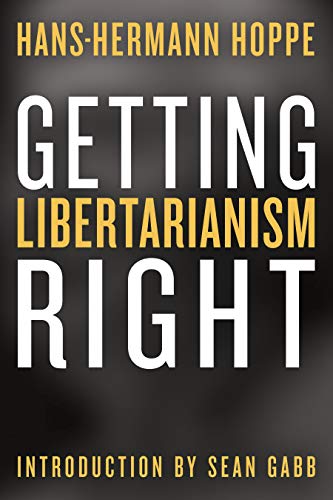 Libertarianism as a unifying spirit is only conceivable because we operate in a world that has experienced the imposition of a political society.

I have commented on his piece here:

Libertarians are connected to each other in their (varying levels of) anti-statism.  But this only means that libertarians see the problem only one way, through one lens, and with only one tool available to deal with it – and it is the state that has defined the way, the lens, and the tool that many libertarians choose to use.

How does one get a “movement” out of that?

(Engel continues his examination of these ideas here, looking at “… the differences between rightism and leftism and how libertarianism relates to these distinct frameworks of social interpretation.”)

If we think that liberty will be found at the end of the road called “libertarianism,” we are sorely mistaken.

I must admit, I remain tremendously struck by Murray Rothbard’s comments on ethical absolutism (yes, he is in favor); citing Rothbard:

What I have been trying to say is that Mises’s utilitarian, relativist approach to ethics is not nearly enough to establish a full case for liberty. It must be supplemented by an absolutist ethic — an ethic of liberty, as well as of other values needed for the health and development of the individual — grounded on natural law, i.e., discovery of the laws of man’s nature.

“A full case for liberty” will be found on the road that includes “other values…grounded on [discovered] natural law.”

This really got me to thinking…how much have others – even his supporters – misrepresented Rothbard when it comes to libertarianism and liberty?  Or am I the only one that found Rothbard’s statement on what is necessary for “a full case for liberty” inconsistent with what some of his supporters (and many of his detractors) characterize as Rothbard’s views?

Why, when some libertarians point out the necessity of other values – if liberty is the objective – are they the ones labeled “thick”?

When it comes to finding liberty, Rothbard certainly does not believe that these are the only absolute and acceptable values.  As is true for almost everything else I have written, I come to find that Rothbard already wrote the book.

I know that I have read this work from Rothbard before, long ago.  I think I must not have been mature enough to understand it.

Previous article by Bionic Mosquito: The Search for Liberty