Over the weekend, I saw a passing reference on Twitter to the declining energy content of gasoline. Intuitively I know this to be correct for reasons I discuss below. But the poster linked to data from the Energy Information Administration (EIA) that I hadn’t previously seen.

The EIA doesn’t directly tabulate the energy content of gasoline. But they do provide two pieces of data that let us calculate it ourselves from two relevant tables in the April 2019 Monthly Energy Review.

From the annual numbers, doing the appropriate conversions (which includes accounting for leap years) provides the energy content of gasoline, in BTUs per gallon, since 1949. What we find is that the EIA reported a constant energy content of gasoline from 1949 to 1992 of 125,071 Btu/gallon. I have always typically used 125,000 Btu/gal as the standard value for gasoline. 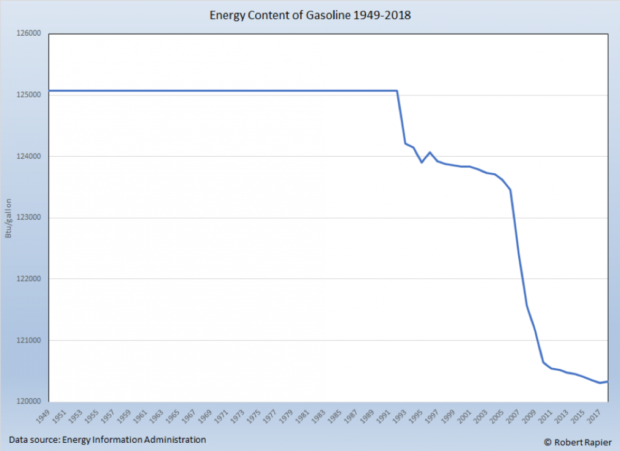 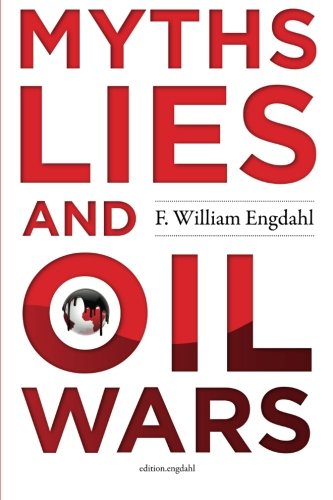 Starting in 1993, the EIA shows the energy content start to decline. The decline accelerates in 2006. What happened then? I have seen two explanations floated.

I have heard some suggest that the shale oil boom in the U.S., which created an abundance of light oil, ultimately lowered the BTU value of gasoline. This is unlikely for a couple of reasons.

But the other reason that shale oil can’t be the culprit is that U.S. oil production didn’t start to move higher until 2009. By then, the EIA was already reporting that U.S. gasoline’s energy content had fallen to 121,167 BTU/gal. 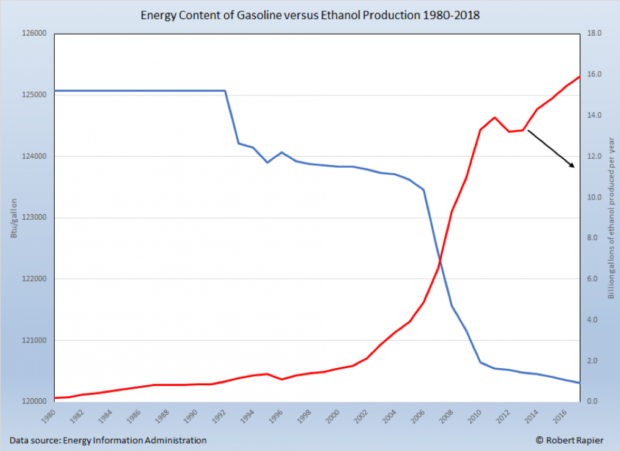 The impact of ethanol blending on the energy content of gasoline

The 2005 energy bill gave us the Renewable Fuel Standard (RFS), which mandated that an increasing amount of ethanol had to be blended into the fuel supply. As the mandate ramped up, so did ethanol production. In turn, the energy content of gasoline declined.

But we also know ethanol is the reason because the EIA table actually includes the footnote: “Beginning in 1993, also includes fuel ethanol blended into motor gasoline.”

To be clear, it’s not a huge decline in energy content. It’s about 4% across the national gasoline pool (~140 billion gallons per year), and it is masked somewhat by the rising fuel economy standards of automobiles.

Falling energy content in gasoline has a couple of implications. One is that most vehicles will now require more gasoline to travel the same distance. In other words, fuel efficiency will have declined along with gasoline’s energy content.

I will note one more item in conclusion. It is clear, given the consistency of the EIA data, that they are just calculating an energy content. If they were actually taking measurements, we would see more variability.

Further, I looked at the monthly values over the past year, and the EIA numbers for the energy content of gasoline are the same in summer and winter. This isn’t correct, which means they are simply using calculated numbers that average the energy content out over the entire year.

Reprinted with permission from OilPrice.com.