Gov. Northam and the Death of Irreverence

Ralph Northam, governor, at least for the moment, of the Commonwealth of Virginia, should stop apologizing. To clarify, he should at least stop apologizing for the photo in his 1984 medical school yearbook photo showing one person in blackface standing next to another in Ku Klux Klan regalia.

Northam’s endorsement of infanticide is another matter. That gesture demands not just an apology but also a full-throated confession, self-flagellation, resignation, and a life long begging of God’s forgiveness.

For the moment, though, let’s stick to the offending photo. For those who are young and snowflaky, let us put the photo in perspective. It was taken near the tail end of what we might nostalgically call the Age of Irreverence. 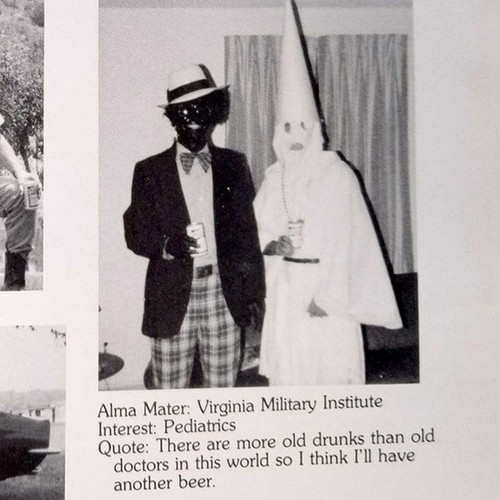 We might trace the beginning of that age to the release of Stanley Kubrick’s “spoof” on nuclear war Dr. Strangelove, a film released and much praised in 1964. Other highlights of the era include the Mel Brooks’s 1967 Nazi-spoof, the Producers, Tom Wolfe’s flaming 1970 satire, Radical Chic & Mau-Mauing the Flak Catchers, Brooks’s 1974 classic Blazing Saddles, the emergence of the crypto-conservative National Lampoon in 1970 and its stepchild, Saturday Night Live in 1975. The era continued at least until the publication of Tom Wolfe’s scathing take on urban politics in 1987, Bonfire of the Vanities.

Brooks has admitted that he could not have made Blazing Saddles today. Characters freely use the “n-word,” tell rape jokes and punch horses. Audiences at the time realized Brooks was making case against racism. Young audiences today would be storming out of the theater even before Slim Pickens told his workers to stop jumping around like “a bunch of Kansas City f—–s!.” (As a resident of Kansas City, I resemble that remark.) The other cultural products of that age — Pat, anyone? — would face similar resistance. 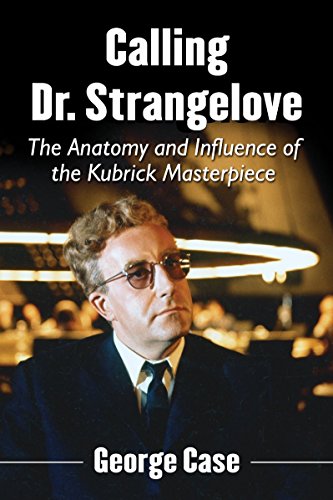 During the Age of Irreverence, young people like Northam used the occasion of Halloween to tweak, to shock, to step out of oneself for an evening and be mischievous. I know this from experience. Married to a university professor, we traveled in circles at the time that were overwhelming liberal, racially diverse, and precociously gay, even trans. Halloween parties in this era, among this crowd, were highly competitive.

I recall one year my wife and I attended a Halloween party with our theater friends in which we would have been counted as underdogs in the “best costume” contest. Several of these people were professional costumers. A few arrived in extravagant drag, including one fellow who came as the rare 6’—9” (in heels) bride, in full bridal regalia to be sure.

That year my wife had an inspiration. She came as Jackie Kennedy on the day of the assassination. She found a perfect pink suit and pillbox hat and covered it with red dye and dyed sponge chunks. Offensive? Yes, that was the point.

The Allure of Protective StupidityCat Plays Mouse and Vice Versa